Trump's reluctance to adopt a new aid package led to a sharp drop in risky assets, including the European currency. However, throughout the day, a sufficient number of signals, both buy and sell, appeared on the euro, the first of which, sales, turned into losses. It was only at the end of the day that the quote dropped to the target level of 1.1724, which compensated all the losses realized the entire day. 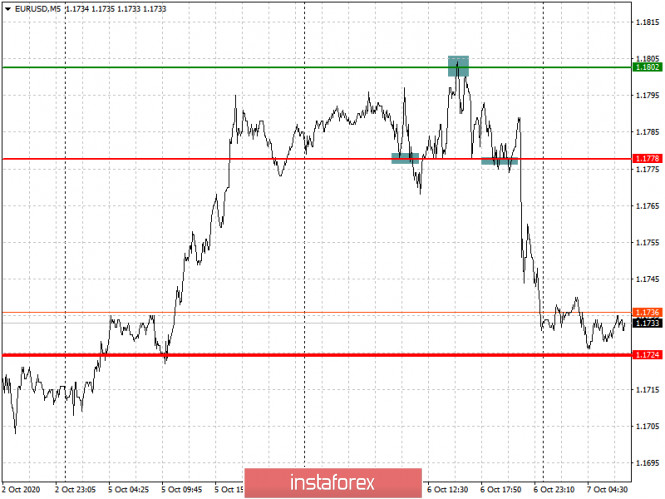 Christine Lagarde will conduct an important speech today, during which she may reveal the details of the ECB's plan in stimulating growth to the European economy. Hints of an expansion in the PEPP emergency buyback program may lead to another fall in the euro, so it is best to trade short positions in the market today. Important macroeconomic statistics are not scheduled for release today. 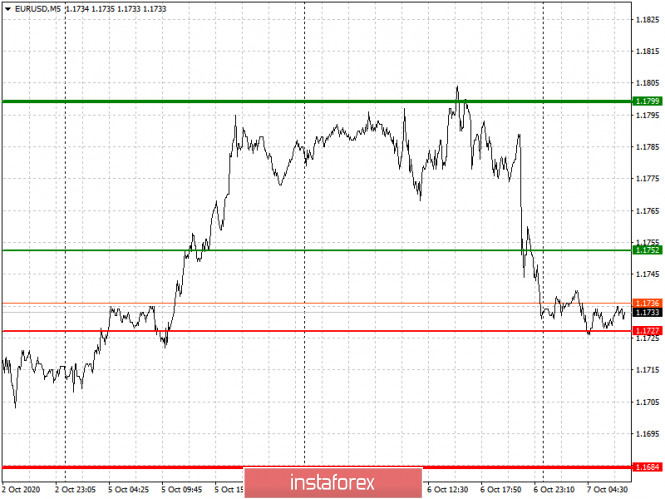 Pressure continues to appear on the pound, so as a result, two good sell signals arose, which brought about 40 pips of profit to the GBP/USD pair. 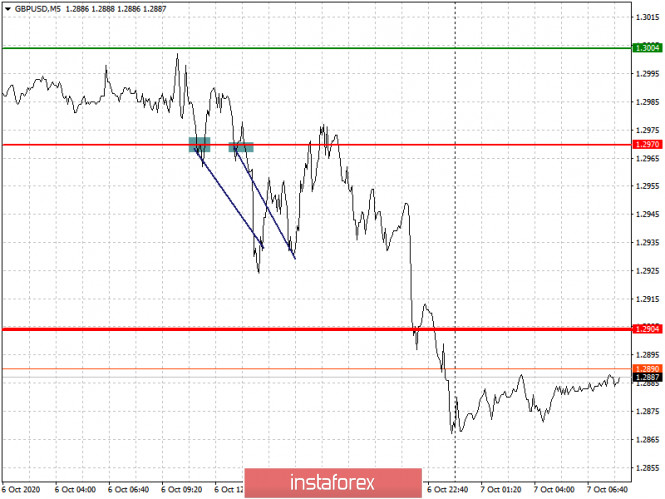 Since important macroeconomic statistics are not scheduled for release today, the entire focus will be shifted to the protocols of the Federal Reserve System, which may further increase the pressure on the pound. 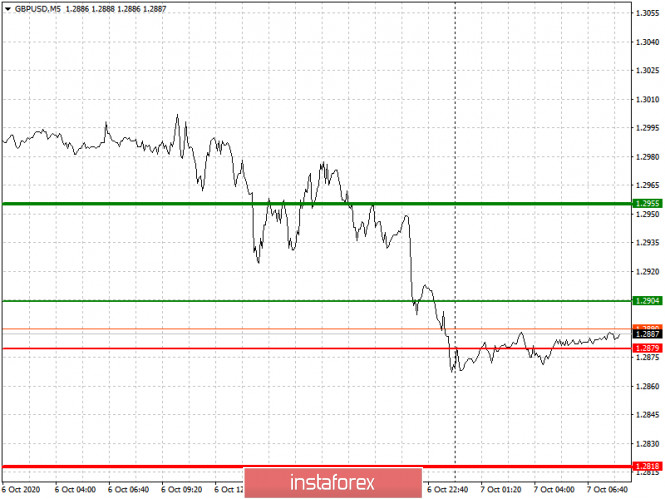 Interesting? Write a comment below.
 #Analysis and trading recommendations for the EUR/USD and GBP/USD pairs on October 7
Forward 
Backward 