The results of the Reserve Bank of Australia's October meeting provided short-term support for the Aussie. The AUD/USD pair unexpectedly broke through the resistance level of 0.7200, but after an hour, it returned to its previous position in the area of the 71st figure. In General, the October meeting turned out to be "passing and the rapid initial reaction was due only to previous rumors, which in the end were not justified.

May I remind you that shortly before the meeting, there were rumors in the market that the Australian Central Bank will lower the interest rate – either at the October or November meeting. This scenario was warned by currency strategists at Australia's largest financial conglomerate Westpac, whose position was also supported by AMP Capital, HSBC and UBS. Economists at these banks predicted a rate cut in October "as one of the most likely options." 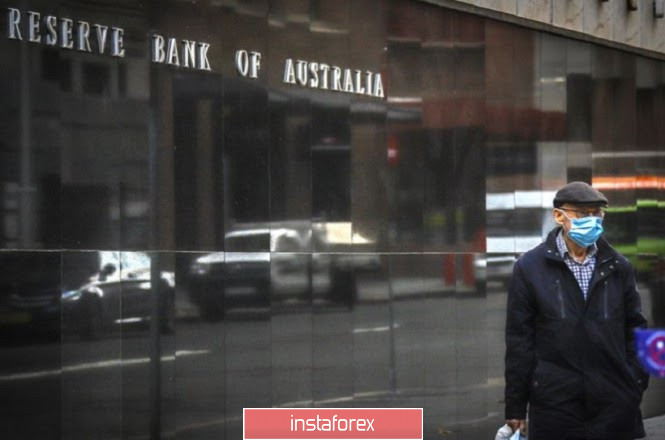 The reason for such conversations was the statement of the Deputy head of the RBA Gai Debbel, who said that "negative rates were and are in the Arsenal of the Central Bank." Even though she noted in the same speech that "this leverage is not on the agenda", and that "the peak of the coronavirus crisis may be over", traders seized on the first part of the phrase. As a result, on the eve of today's meeting, the market estimated the probability of a rate cut at almost 60%. Many experts also pointed to the failed inflation data that was published in September. The data on the Australian labor market could also be a reason for lowering the rate. Despite the decline in the unemployment rate, there was again an imbalance towards the growth of part-time employment in August, while the indicator of full employment showed weak dynamics.

In other words, the market "screwed up" itself, so the first reaction to the results of the October meeting was quite emotional – the AUD/USD pair was able to unexpectedly break through the resistance level of 0.7200. But buyers of the pair failed to gain a foothold in this price area. Traders immediately played down the fact that the RBA did not cut the rate in October and apparently, it will not resort to this step next month. While the rhetoric of the accompanying statement was very "dovish" in nature. In fact, the regulator listed the negative aspects of recent releases, focusing primarily on the slowdown in inflationary growth and the weak, uneven pace of labor market recovery. The key messages of the accompanying statement can be quoted as follows: 1.) "the Central Bank will not increase the monetary rate until progress is made towards full employment and achieving confident inflation within 2-3% 2.) "RBA members continue to consider how additional monetary easing can support labor market growth as the economy continues to recover."

The Australian regulator did not rule out the option of easing monetary policy but it is too veiled and pointless, so the Aussie ignored the message.

Obviously, the Reserve Bank of Australia is waiting for the presentation of the country's budget, which will take place in just a few hours – in the evening, Sydney time. The head of the RBA, Philip Lowe has repeatedly made it clear that he puts the government's decision regarding the extension of incentive programs at the forefront. Let me remind you that at the end of July, the Prime Minister of Australia announced that the JobKeeper and JobSeeker programs will be extended after September. However, according to available information, these programs will be significantly reduced. In particular, subsidies will be paid at a reduced rate and according to stricter criteria, the support will be provided only to those who really need help. For example, the amount of the subsidy will depend on whether the employee works full-time or not. Given the pattern of employment growth (a sharp increase in part time employment in both August and July), it can be concluded that the income of many working Australians will still remain low.

But as of this moment, all assumptions regarding the level of government incentive programmes are in the nature of rumors. The members of the Australian Central Bank will evaluate the programs presented today at their next November meeting and based on the relevant analysis, they will make a decision on adjusting the parameters of monetary policy. 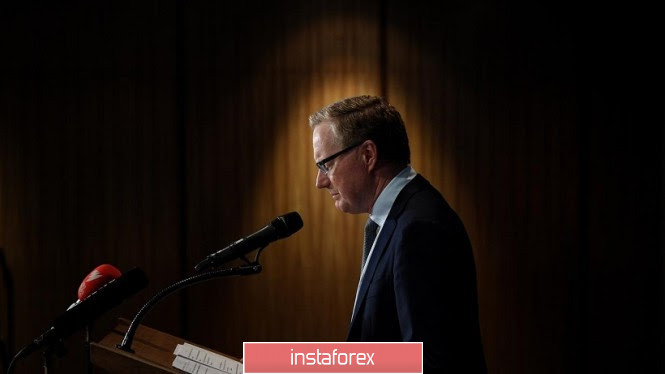 Thus, the Australian dollar, on the one hand, received support from the RBA today – the regulator left the interest rate at the same level, despite numerous conversations about its reduction. On the other hand, this support for the Aussie was short-term, since the rhetoric of the accompanying statement was "dovish" in nature. In fact, the Central Bank did not rule out easing the parameters of monetary policy in the future. As a result, the AUD/USD pair remained at the same positions, trading near the borders of the 72nd figure.

The pair's future prospects will depend on the dynamics of the US currency, at least in the medium term. The US dollar index continues to trade flat in anticipation of today's speech by the head of the Federal Reserve Jerome Powell – at 17:40 (Moscow time), he will give a speech on the prospects for the recovery of the US economy. Also, dollar bulls will "win back" other fundamental factors today as Trump returns to the White house again despite the rumors of his serious condition and congressional negotiations around a new stimulus package. In my opinion, we can expect the greenback to strengthen in the near future, including in a pair with the Australian. Therefore, for the AUD/USD pair, we can consider short positions going down to 0.7110 – this is the lower limit of the Kumo cloud on the daily chart.