The Australian dollar paired with the US currency is showing a downward trend this week. During the two trading days of this week, the AUD / USD pair lost almost 100 points, falling to the middle of the 71st figure. However, the bears could not overcome the support level of 0.7160 (the average line of the Bollinger Bands indicator coincides with the Tenkan-sen line on the daily chart) and retreated from local lows during the Asian session on Wednesday. At the moment, the pair is displaying a rather sluggish corrective growth.

The publication of the consumer confidence index from Westpac (one of the four largest banks in Australia) was the immediate reason behind this correction. This indicator exceeded the forecast estimates, after rising to 105 points. It rose to the highest annual value but due to its secondary importance, this indicator could not become a catalyst for the growth of the Aussie - traders only retreated from the support level and fluttered at the borders of the 72nd figure. 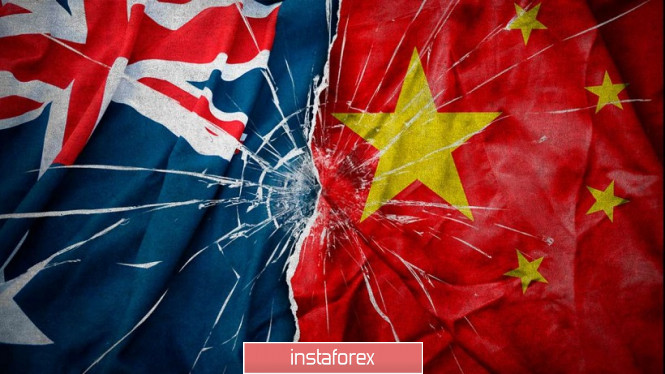 All in all, the Australian dollar is going through some tough times. Australia and China's rough relationship has resurfaced once again. This time, the Chinese decided to suspend imports of Australian coal. The political conflict between the two countries has long moved to the economic plane - in late spring when China increased duties on some types of Australian goods, while refusing to import beef. In August, the Chinese authorities announced that Australian wines are being sold in China at below-market prices and exports are subsidized. In this regard, the Chinese Ministry of Commerce announced the launch of an anti-dumping investigation.

The Australian dollar put up with all these blows from China since they do not have any concern for commodities, which play a strategically important role for the Australian economy. But this time, Beijing decided to raise the stakes: the Chinese authorities issued an unspoken order banning the country's state-owned companies from buying coal in Australia. According to Australian press sources, utility companies and steel mills have been verbally notified to immediately stop importing Australian coal this year.

In consequence to this news, the Aussie broke its three-day growth without recoil and collapsed by almost 100 points. Recall that China is the main consumer of coal and the largest importer (about 20% of world imports) in the world. At the same time, Australia is its main supplier. Due to the coronavirus crisis, such decisions by the Chinese look like, figuratively speaking, a "stranglehold." However, this is not the first time Beijing has made such decisions. Australian companies have previously experienced difficulties with the supply of coal to China. The last time this situation occurred was in February last year, when the Chinese authorities delayed customs clearance of goods. But at that time, Australians were the victims of the unofficial system of quotas for coal supplies, which has been used by China since 2018. 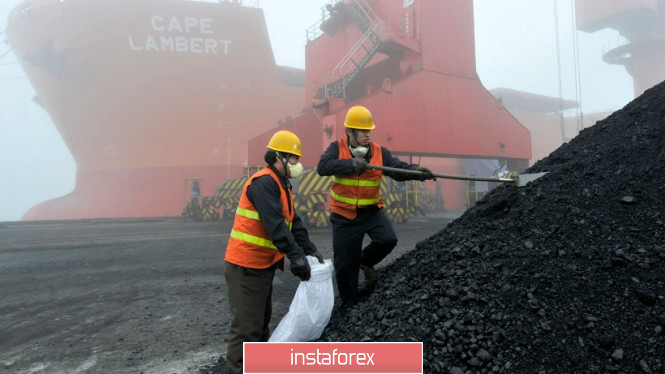 Despite this, many experts urge everyone not to panic. In their perspective, not only does Australia depend on exports to China, but Beijing also depends on better-quality coal and iron ore from Australia. The Chinese, according to the experts, can easily change the supplier of thermal coal for power plants, but it is quite difficult to change the supplier of coking coal for steel plants. Thus, the measures taken by China may be temporary.

Judging by the behavior of the Australian dollar, most traders have a similar opinion that the AUD / USD pair has suspended its decline, frozen in anticipation of tomorrow's release.

On Thursday, the key data on the Australian labor market will be published. According to preliminary forecasts, tomorrow's release will disappoint investors. So, the unemployment rate in September should rise to 7.1% after a decline to the level of 6.8%. The rate of growth in the number of employees for the first time since May this year is probably going to fall into the negative area. It is predicted by experts that both full-time and part-time employment will decline. The share of the economically active population should also decrease.

In conclusion, the Australian will have to go through a difficult test tomorrow. If the announcement is released in the "red zone," then the AUD / USD pair will continue its southern path - up to the base of the 70th figure. A southern impulse for the pair will be provoked by a slowdown in the labor market amid the escalation of the Australian-Chinese political conflict. If the Australian Non-Farm Payrolls report turns out to be better than expected, the Aussie will return to the range of 0.7200-0.7250.