At the start of trading, the Australian dollar paired with the US currency made an attempt to demonstrate a correction and even reached the borders of the 71st figure. But at the end of the Asian session on Monday, it lost all its positions. Contradictory macroeconomic reports from China put pressure on the Aussie, after which the AUD/USD pair slowed its corrective growth. By and large, the Australian currency is still under pressure from numerous negative factors, so any northern impulse should be used as a reason to open short positions. The bears have a "power reserve" at least up to the base of the 70th figure, where a powerful support level of 0.7000 is located. Judging by the investors' sentiments, sellers of AUD/USD will test this target in the near future. 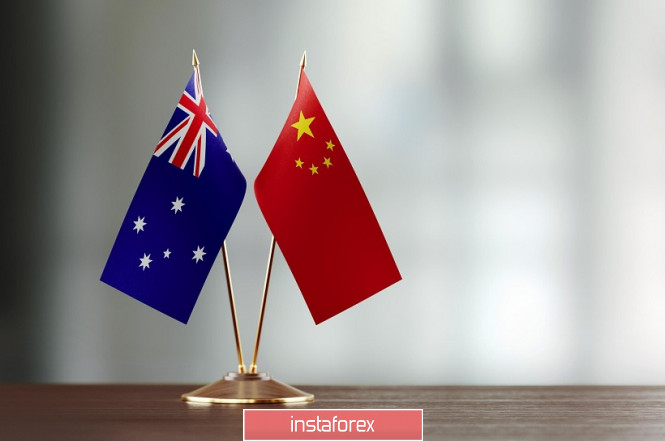 The published data on the growth of the Chinese economy today could well support the Aussie, since they are not openly negative. On the contrary, according to the official report, China's GDP growth rate from January to September (inclusive) was positive, amounting to 0.7%. For the first time this year, the indicator crawled to the territory above zero. Last year, it fluctuated in the range of 6.1%-6.4%. Meanwhile, traders were disappointed by the dynamics of the Chinese economic recovery in the third quarter – experts expected to see this component of the release at 3.2% QoQ and 5.5% YoY, while the result was significantly worse – 2.7% QoQ and 4.9% YoY. This suggests that in the period of July to September, the Chinese economy recovered at a slower pace relative to the overall forecast estimates.

The rest of the reports published today were released in the "green zone." For example, industrial production in China for the period of three quarters of this year increased at an annual rate of 1.2% (the forecast was at the level of 1.0%). The volume of retail trade (compared to the corresponding month a year earlier) increased by 3.3%, and from January to September inclusive decreased (on an annual basis) by 7.2%. Both indicators came out better than expected. The report emphasizes that in the first nine months of this year, the volume of sales of goods in online mode increased significantly-by 9.7%. Investment in fixed assets of commercial organizations in China has also increased – in the period of three quarters, this indicator increased at an annual rate of 0.8%.

In spite of the positive aspects of today's release, the Australian dollar was still under pressure – paired with the greenback, it retreated from the borders of the 71st figure, demonstrating its vulnerability.

Recall that last week, the Aussie became the main outsider among all B10 currencies. First, traders were disappointed by the Australian Labor Market data – the unemployment rate rose, while the indicator of growth in the number of employees fell into negative territory. Moreover, the full employment component showed a more significant decline relative to the part-time employment indicator.

However, the Aussie received the main blow of a fundamental nature from the head of the Reserve Bank of Australia, Philip Lowe, who announced a reduction in the interest rate to 0.1%. Previously, he ruled out such a scenario, maintaining an optimistic and wait-and-see attitude for many months. But in early October, there were rumors in the market that the RBA would still cut the interest rate, and possibly below zero. Members of the RBA in their speeches covertly allowed such a scenario (indicating that the option of reducing the rate is one of the options being discussed) for several weeks. But last Friday, Lowe put an end to the doubts of the market, stating the regulator's intentions to reduce the rate by 15 basis points, that is, to 0.1%. Following this statement, markets are pricing in an easing of the RBA's policy at the November meeting, which will be held in two weeks. 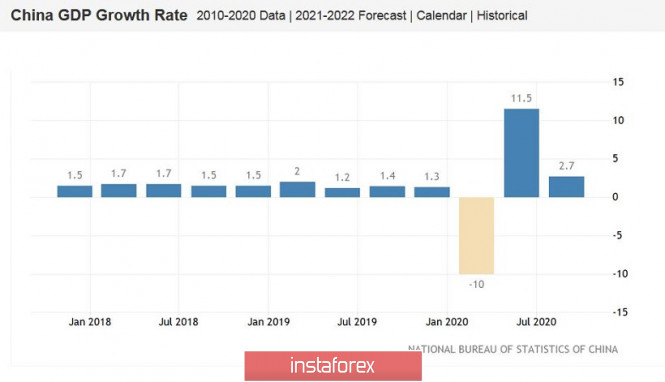 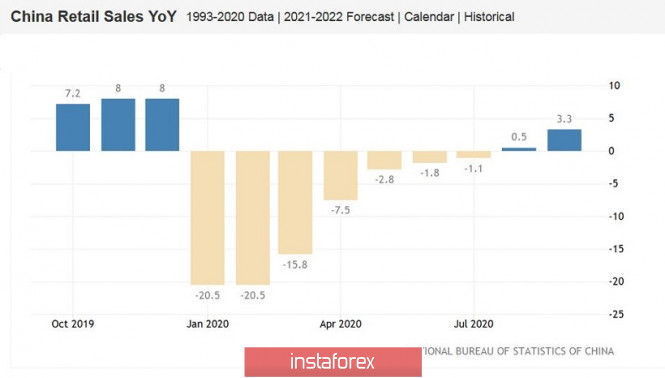 Furthermore, political factors also exert background pressure on the Aussie. As it is known, relations between Canberra and Beijing are highly unsatisfactory – since the spring of last year, the two countries have been in constant conflict after the Australians called for an investigation into the origin of the coronavirus. Last week, this conflict was continued: it became known that Chinese power plants and steel mills received verbal instructions to stop using Australian coal. According to unofficial information, ports were also instructed not to unload Australian coal. The terms of the import ban are not specified, although according to unofficial information, this situation will last at least until the end of this year. The Australian authorities have already sent a letter to Beijing demanding compliance with the terms of the China-Australia free trade agreement and their obligations to the World Trade Organization. However, such appeals are usually ignored by representatives of the People's Republic of China. The situation in this regard has not changed for the better, at least to date.

Thus, the Australian dollar remains under pressure from the negative fundamental background. The last RBA meeting's minutes will be published tomorrow, but it is quite uncertain that it can change the overall situation for the AUD/USD pair – except if the October meeting discussed the option of lowering the rate to the negative area, which is unlikely.

In general, short positions remain a priority for the pair – for any more or less large-scale corrective jumps, you can consider a short with the main goal at 0.7000.