AUD/USD: Greenback in prostration; The Australian Dollar grows on news from China

The Australian Dollar, against the US Dollar, continues to recover its positions. Last Thursday, the pair reached a local minimum of 0.7007. After, it turned around and headed up, consistently returning the lost points. This behavior was predictable for the par, given the significance of the 0.7000 support level. Traders for many weeks could not break through this level and now the bears of the pair are faced with a mirror problem. As soon as the Australian Dollar approached the base of the 70th figure, sellers began to fix profits, and buyers, on the contrary, showed an active interest in the pair. As a result, the Australian dollar has been growing for a week, approaching the borders of the 72nd price level. 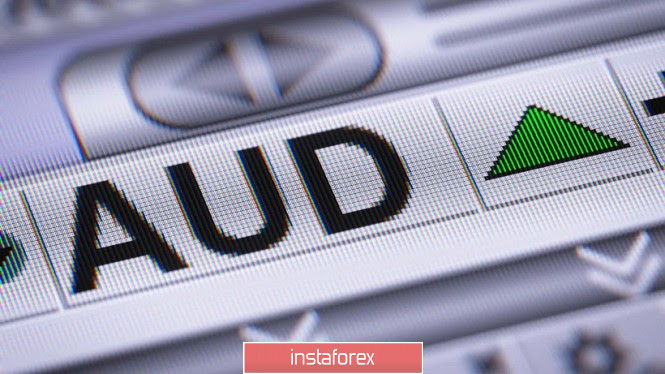 The US Dollar, in turn, cannot determine the vector of its movement and is in some prostration. Its index showed mixed dynamics during the Asian session on Thursday, reflecting the market's skeptical attitude to the greenback. Dollar bulls ignore many of the fundamental factors that should have pulled the greenback out of the flat. For example, the Consumer Confidence Index (CB Consumer Confidence) came out with positive feedback, updating multi-month highs (101.8 points). The housing market was also good. The volume of pending home sales increased by almost 9% in August-- with a forecast growth of 3.8%. On an annual basis, the indicator jumped by 20% with a forecast of growth of 16.4%. According to experts, against the background of the Coronavirus epidemic in the United States, internal migration of the population has increased – people are trying to move from large cities so the housing market is experiencing a kind of boom. Low interest rates also contribute to this. There was also a report from the ADP Agency, the publication of which is expected on Friday. However, it should be taken into account that recently there has been a de-correlation of these indicators, so it should not be considered as a reliable reference point.

Generally, the dollar ignored all the above fundamental factors. The reaction of traders was reflex and short-term. The latest messages voiced by the US Treasury Secretary indicate that the US Congress is unlikely to be able to agree on a new package of fiscal incentives in the foreseeable future. On Tuesday, Steven Mnuchin said that consultations between the parties are still ongoing and by the end of this week, it will be clear whether the Democrats, Republicans, and Representatives of the White House will be able to work out a compromise solution or not. In my opinion, there is very little chance here as representatives of the Democratic party continue to insist on accepting their proposals, which amount to 2 trillion 200 billion dollars. This initiative, to put it mildly, differs from the proposals of the Republicans, who proposed to allocate only 300 billion. In conditions of such uncertainty and hopelessness, the Dollar is less secure and this uncertainty is observed in almost all Dollar pairs.

The Australian Dollar received support from China this week. Despite the difficult political relations between Canberra and Beijing, China still remains a key trading partner for them. The growth of Chinese indicators has a positive impact on the state of the Australian Dollar. It became known that China's manufacturing PMI in September exceeded experts' expectations, rising to 51.5 points. This is the best result since March since a sharp jump was recorded after the Coronavirus recession in February. The September index of activity in the non-manufacturing sector also turned out to be better than expected, reaching 55.9 points. This indicator is gradually but consistently growing for the third month in a row, reflecting the positive processes in the Chinese economy. 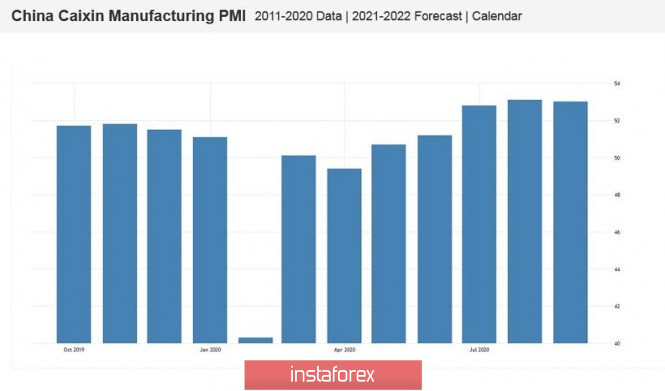 At the moment, the fundamental picture is in favor of the Australian Dollar. It is noteworthy that the market ignores recent rumors that the Reserve Bank of Australia may soon reduce the interest rate. In my opinion, these rumors are groundless and speculative, given the rhetoric of representatives of the Australian regulator both at the September meeting of the RBA and after it. It seems that most traders are also skeptical about such conversations.

From the technical point of view, the AUD/USD pair on the daily chart is traded in the Kumo Cloud, between the middle and upper lines of the Bollinger Bands indicator. Judging by the growth dynamics, buyers of the pair are clearly determined to test the nearest resistance level of 0.7220. At this price point, the upper line of the Bollinger Bands and the upper border of the above Cloud coincide. The next resistance level is much higher at 0.7350. The pair tested this price target for a month and a half (during August and the first half of September), but failed to gain a foothold higher. Therefore, for AUD/USD bulls, this price level is a key resistance. At the moment, we can consider purchases with the first goal of 0.7220.