The Australian Dollar is under pressure again. This time, the catalyst for the downwards momentum for the AUD/USD pair was the minutes of the Reserve Bank of Australia's last meeting. At the end of last week, the head of the RBA, Philip Lowe, announced that the regulator is ready to consider the option of reducing the rate to 0.1% which is 15 basis points. This statement put a lot of pressure on the Dollar, which, paired with the greenback, fell to the middle of the 70th figure. No surprises were expected from the minutes of the October meeting. But, as is often the case in the foreign exchange market, the release still presented as a small surprise, aggravating the situation of the Australian currency.

During the October meeting, the members came to a unanimous opinion that further easing of monetary policy is an appropriate solution. This is primarily to support the labor market and the economy as a whole. In the opinion of the majority of the members of the RBA, easing monetary policy will also help to reduce risks to financial stability. Therefore, the central bank is ready to apply a whole range of measures, including expanding the volume of purchases of government bonds and reducing the interest rate to zero. 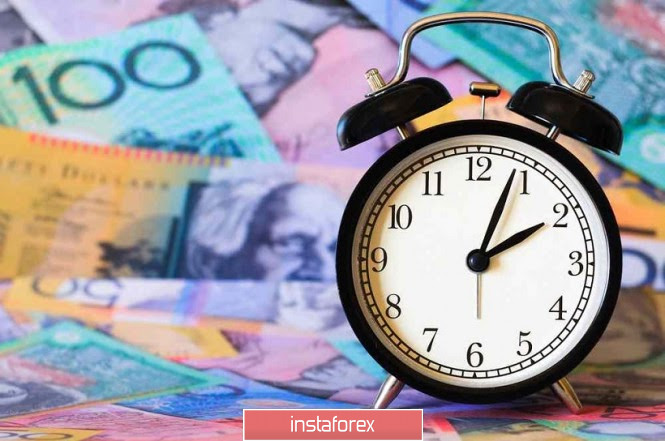 The last thesis caused a certain response among AUD/USD traders. The head of the RBA said a few days ago that the rate could be reduced by 15 basis points. Now it turns out that the rest of his colleagues allow a reduction of 25 points, that is, to zero.

According to most experts, the Reserve Bank of Australia will move from words to action at the next meeting, which will be held on November 3. And now traders have a dilemma: which scenario will come to life. Based on the general mood of the RBA, it became clear that the probability of an interest rate cut is almost 100%. The only question is how much it will be reduced.

Another important point of the minutes published today is that RBA members have decided to pay more attention to actual, rather than projected, inflation when making decisions. Expectations for consumer inflation improved significantly in October. Whereas the actual inflation showed a negative trend. According to the latest data, the consumer price index in quarterly terms, for the first time since the spring of 2016, collapsed into a negative area. However, it did not fall to the forecasted -2% but to -1.9%. In annual terms, the indicator was also below zero. The indicator came out at -0.3%. Inflation in Australia remains a weak link, so the above thesis, voiced at the October meeting, is of particular importance for AUD/USD traders.

Thus, the minutes of the RBA, contrary to numerous forecasts, did not turn out to be passable. The minutes of the last meeting left more questions than answers. We can only say one thing with confidence: in the foreseeable future, the regulator will not reduce the interest rate to zero. The central bank will exclude the option of negative territory. At least at this stage of the Coronavirus crisis, there is no need to worry about it.

But in General, the document published today is dovish in nature, so the reaction of the Australian dollar is quite justified.

From a technical point of view, the downwards dynamics of the pair has priority. On the daily chart, the price is under the Kumo cloud, under all the lines of the Ichimoku indicator, and between the middle and lower lines of the Bollinger Bands trend indicator. All this suggests that from the current positions, we can consider sales to the nearest support level of 0.7000. This is the lower line of the Bollinger Bands on the same timeframe. In addition, this target is a kind of a safe area for AUD/USD. Therefore, it is better to close short positions in this area, as the key support level may be too much for the pair's bears.