Yesterday's economic statistics from Europe and the US exceeded the forecast, however, it failed to change the market situation, which remains very pessimistic.

Against this background, Germany and the United States published statistics yesterday, while the ECB made their final decision on monetary policy. These things were able to temporarily stop the global sell-off in the stock and commodity markets. However, investors basically ignored them, as they fully focused on the issue of reintroducing restrictive measures in Europe, cases of COVID-19, and the risk of riot outbreak in the US following the results of presidential elections.

Based on the presented data, the number of unemployed in Germany declined by 35,000 this month, against the forecasted decline of 5,000. The unemployment rate fell from 6.3% to 6.2%, although it was expected to remain at the same level. On the other hand, the number of consumer and business confidence in the eurozone were also positive. The indicator retained its previous value of 90.9 points against the expected decline to 89.5 points.

In the United States, all attention was focused on the publication of GDP figures for the 3rd quarter, which exceeded expectations. The growth rate amounted to 33.1% against the forecasted 31.0% and the previous value for the 2nd quarter of -31.4%. The GDP deflator has also grown significantly. The growth amounted to 3.7% against the expected growth of 2.7% against the decline by 2.1% in the previous period under review. In addition, we have positive data on the number of applications for unemployment benefits last week, which fell to 751,000 against 791,000 a week earlier.

On another note, ECB's final decision on monetary policy was not surprising. The parameters of monetary policy were left unchanged. C. Lagarde, the head of the ECB, also noted that the soft monetary rate will remain at least until the middle of next year.

The overall negative sentiment was fully reflected in the currency market. The US dollar received significant support again as well as the Japanese yen. All this happened amid a strong sale of American treasuries. However, its demand is rising again today.

The dynamics of global markets in general and the currency market in particular indicates the growing expectations of re-tightening quarantine measures around the world, which affects the demand for risky assets and pushes up the dollar and yen as safe haven currencies. The increasing fears of uncertainty in the United States also added pessimism. Therefore, we expect the overall negative trend to continue today.

The EUR/USD pair is under pressure again and is trading below the level of 1.1690. We expect it to further decline to 1.1615.

The USD/JPY pair is also declining due to the demand for defensive assets. It is likely to continue to decline if it remains below 104.35 and continues to fall first to 104.00, and then to 103.65. 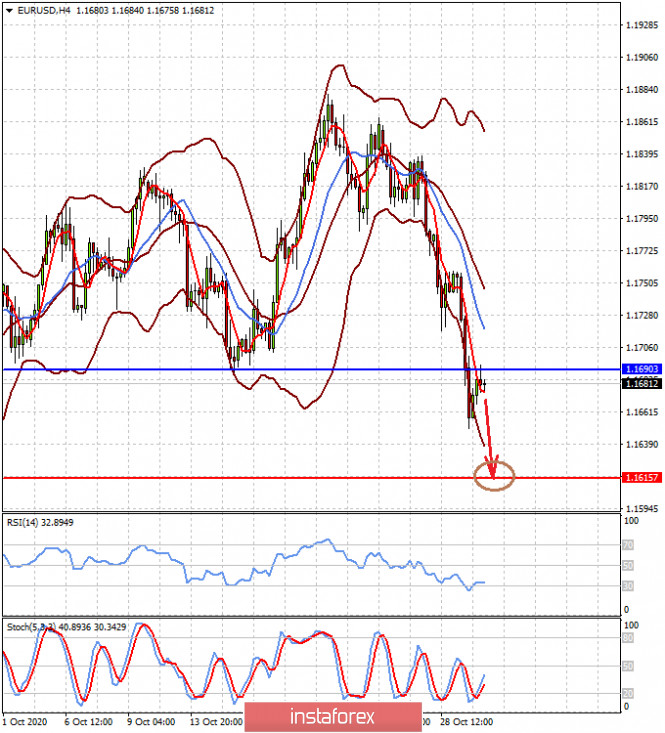 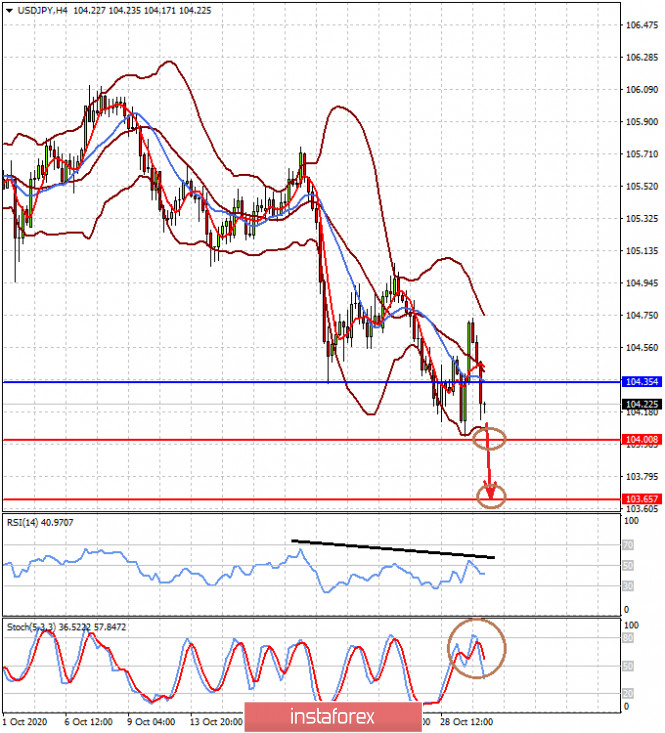 Interesting? Write a comment below.
 #Demand for defensive assets is supported by Europe's reintroduction of quarantine and likely uncertainty in the US after
Forward 
Backward 