Euro on the levels of the quarterly fair prices. What to do?

As the closing of the trading week occurred at its highs, euro purchases remain a priority. To continue growth, it is enough to form a shallow correction, which will allow you to re-enter purchases. Holding on to previously opened purchases is the most profitable strategy, since growth may stop after the test of the 1.1840 level. This mark serves as the rotation level, which alternately marks an increase in purchases and sales. It will be necessary to consolidate above this mark by the time of the current week's trading close for the growth to resume. 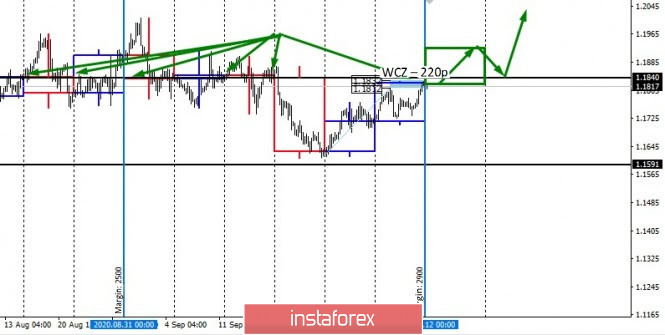 Today, there was a transition in margin requirements on the Chicago Stock Exchange. The size of the required margin increased by $400, which implies an increase in volatility in the near future. It is necessary to rebuild all the control zones that were not worked out last week.

When building an intraday trading plan, special attention should be paid to the formation of a daily engulfing candle. This indicates a high probability of the pair's continued growth in the next two days, which makes purchases profitable. 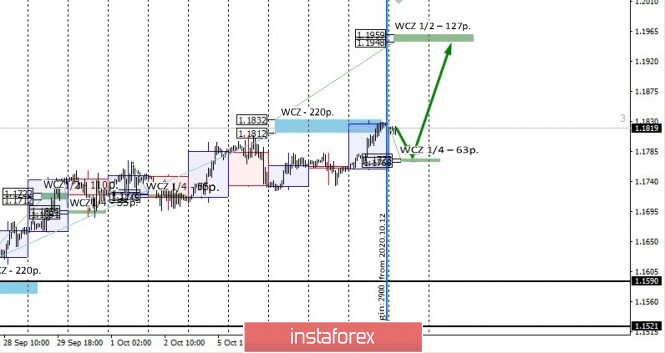 Interesting? Write a comment below.
 #Euro on the levels of the quarterly fair prices. What to do?
Forward 
Backward 