EUR/USD. The dollar is "stuck" between COVID-19 and Trump

The US currency is caught in the grip of conflicting fundamental factors: the increase in risk-off sentiment due to the coronavirus surge in Europe and the political uncertainty in the United States, which restricts the dollar bulls to fully show their character. The dollar index came close to the 94th figure yesterday, but at the end of the day it retreated from the reached highs. And during the Asian session on Friday it was trading flat — in the range of 92.77-92.82. 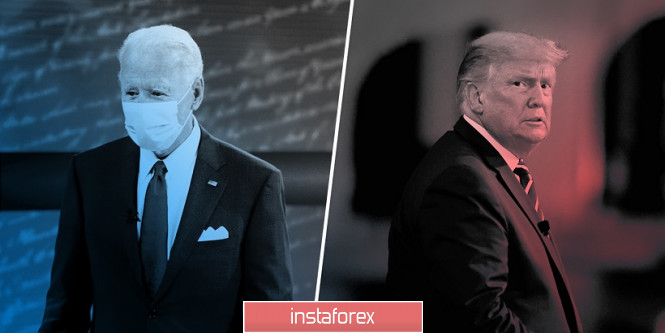 Bear in mind that France, which imposed a state of emergency and declared a curfew in the country's largest cities, including Paris, was the trigger for the strengthening of the US currency. Quarantine measures were also tightened in many other EU countries that recorded a sharp spike in the incidence of COVID-19. This relatively reminded the market of the spring events when the European economy experienced the main coronavirus blow. The negative fundamental picture was supplemented by China, which published weak macroeconomic reports (reflecting a slowdown in the consumer price index and the producer price index) yesterday. The reaction of traders was immediate: the dollar, as the main protective asset, began to enjoy increased demand. Panicked investor sentiment allowed the greenback to regain lost positions, although the overall negative background for the dollar remains negative.

This is not the first time that such a situation occurred on the market. Recall that not so long ago, the dollar served as almost the only protective tool for several months. During almost the entire spring, traders found refuge in the US currency when anti-risk sentiment surged. Dollar bulls were then the main beneficiaries of the pandemic in the context of the currency market, even despite the record slowdown in the US economy. Since about mid-summer, the topic of coronavirus has narrowed to the borders of one country – the United States – so the former excitement around the greenback has come to naught. The increase in the number of infected people was observed in many other countries of the world, but the States here were out of the competition – instead they led in the number of infected people, the number of deaths, and the number of daily increases in cases. Therefore, the coronavirus factor ceased to be an "ally" of the greenback, and bursts of anti-risk sentiment played in favor of other instruments, primarily in favor of gold.

But today, the situation is changing once again in favor of the dollar. The only difference is that there are no liquidity problems in the market, and the dollar itself is under the background pressure of political events in the United States. As a result, dollar bulls cannot take full advantage of the current situation.

Last day was somewhat indicative in this context. So, throughout Thursday, the dollar index grew steadily, changing the configuration of the main currency pairs along the way. At the end of the trading day, however, the dollar was reminded that the States are in a state of pre-election race, and in two weeks the fierce struggle for the Oval Office will reach the finish line.

It is important to note that Joe Biden is currently considered as the favored one in the race – according to the latest poll conducted by The Wall Street Journal, the democratic leader is ahead of Trump by 11 percentage points (53% vs. 42%). And before the TV debate, the former Vice President of the United States was ahead of the current President in the polls by 8%. To win the presidential election, a candidate must get 270 votes out of 538. Analysts believe that Trump will get 205 college votes. In other words, Biden is highly possible to be declared as the winner of the presidential election – the only question is whether Donald Trump will recognize this result. In an interview, he said that he "does not guarantee a peaceful transfer of power," which alarmed investors. Yesterday, the US President raised this issue again at a meeting with voters, saying that he would hand over power to Biden, but only if "he is sure of a fair election result." For several months, Trump has been criticizing remote voting (due to the pandemic, Americans were allowed not to visit the polling station), stating that such voting is "not controlled." 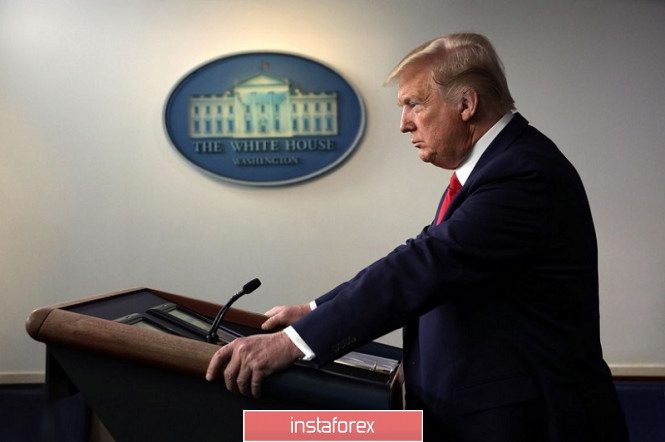 Considering the current US President's disposition, it can be assumed that the process of transferring power will be accompanied by numerous lawsuits from the Republican team. The "pre-election factor" is an anchor for the dollar that does not allow it to develop large-scale growth throughout the market.

If we talk directly about the euro-dollar pair, the southern momentum has not exhausted itself. The EUR/USD bears have overcome the support level of 1.1750, and from a technical point of view, they are on their way to the main support level of 1.1630 (the lower border of the Kumo cloud coincides with the lower line of the BB indicator on the daily chart). Despite the certain vulnerability of the US currency, the euro looks much weaker, taking into account the recent happenings in European countries. If quarantine measures in the EU countries continue to tighten, the EUR/USD pair will reach 1.1630, not even due to the strengthening of the dollar, but due to the weakening of the European currency. Therefore, short positions are still a priority for the pair.

Interesting? Write a comment below.
 #EUR/USD. The dollar is "stuck" between COVID-19 and Trump
Forward 
Backward 