EUR/USD is ready to fall. Where to find a sale? 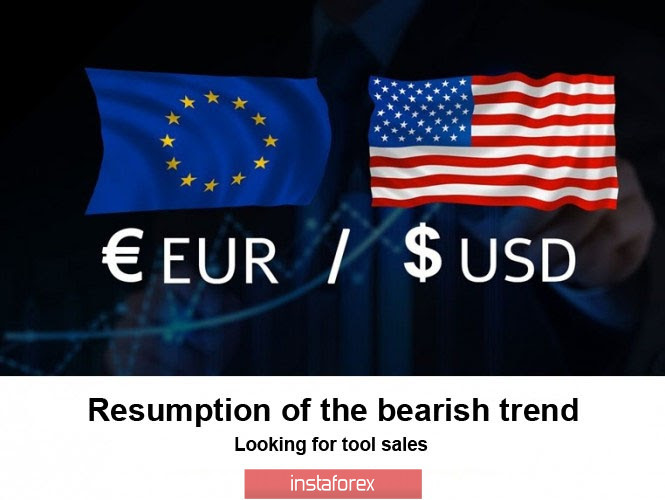 This week, the pair tested two important resistance zones. First, the weekly CZ 1.1867-1.1844 was reached, and then the zone of the average weekly movement. The range test caused a sharp reaction and the closing of yesterday's trading led to the formation of the daily level's engulfing pattern. This means that the end of the current week is more likely to occur below yesterday's low. If the downward movement resumes, selling prices will be located above the 1.1840 mark. The medium-term target for the decline is the September low. 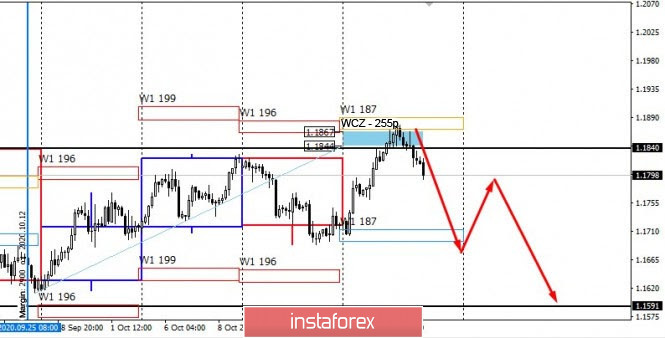 Our mission is to enter a short position and fix it partially after coming back to last week's low, since its test assumes the appearance of demand. The level will be a strong support for the pair's fall. This will allow us to enter sales again in the next week after the formation of the corrective pattern. Due to the formed reversal pattern of the older period, it is not profitable to consider purchases, which is why your attention should be on earning opportunities within the bearish momentum.

Interesting? Write a comment below.
 #EUR/USD is ready to fall. Where to find a sale?
Forward 
Backward 