EUR/USD. New stimulus package and old tricks of politicians: the dollar is under pressure again

Once again, the US dollar index is diving down: the indicator has reached almost two-month lows, reflecting the market's skeptical attitude to the US currency. Discussion of the long-suffering bill for a new incentive package continues to put pressure on the greenback.

The negotiation process resembles a multi-part melodrama, the storyline of which is noticeably delayed. Nevertheless, traders continue to react sharply to the news flow related to this topic, and the plot twists of recent days were not in favor of the US dollar. Representatives of the Democratic Party still cannot find a common language with representatives of the White House and the Republican Party. The deadline for negotiations expired yesterday, but the situation remained in limbo – the "deadline" was shifted again this time until the end of this week. Both Democrats and Republicans understand that the American economy needs more assistance, but they are all hostages of the pre-election period. 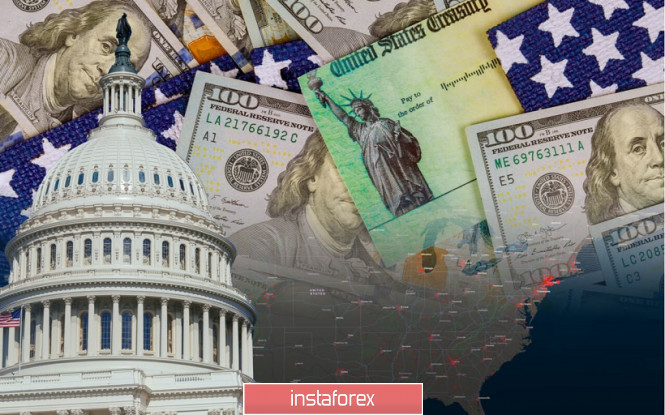 Joe Biden is already ahead of his main rival, Donald Trump, by 11% based on the latest polls. While based on the results of the final televised debates, which will be held tomorrow, the leader of the Democrats can strengthen their electoral positions. At least the first television duel Biden won "dry." According to the American press, for this reason (including), Democratic congressmen are in no hurry to agree to the terms of the White House. After all, the country may be headed by their party member in only a few weeks. Therefore, the entire Ministerial staff will change. In this political scenario, only the Senate (the upper house of Congress) remains in the "opposition," where the majority is controlled by Republicans. On the other hand, the Democrats cannot "directly" refuse to negotiate, as such behavior can be played against their political strength (opponents will try to present this as a refusal to help Americans affected by the pandemic).

Thus, there is a sluggish political game in which representatives of the Democratic Party regularly declare "progress made," as well as "the need for further negotiations".

Since the difference in views regarding the amount of aid to the US economy is evident, the Democrats registered their version of the bill, the volume of which is $2.2 trillion. They were even able to vote for it in the House of Representatives (i.e., the lower house of Congress), where they have a majority. However, it is still necessary to have the approval of the Senate (where Republicans rule) and the US President's signature in order for the draft law to become law. In September, Senate Republicans failed to pass even a reduced $500 billion aid proposal. According to the Senate Majority Leader, his party members "do not see the need for a second round of targeted financial assistance in the amount of $1,200." In addition to this, Democratic opponents oppose a number of programs that are proposed by Democrats.

Representatives of a third party, the White House, agreed to raise the bar for the Bipartisan Bill under discussion to $1.8 trillion. But the proposal was called "unacceptable" by the Democratic Party.

According to a number of American political observers, even if representatives of the Trump administration and the Democratic Party were able to find a "common denominator," it still is far from a fact that their bill will eventually pass the millstone of Congress. Bloomberg reported that many Senate Republicans are strongly opposed to the scope of the stimulus package that is currently being discussed. In turn, Republican majority leader Mitch McConnell allegedly suggested to the White House not rush in concluding an agreement before the presidential election. Despite this information being unofficial (journalists refer to informed sources of the Agency), the market seems to be inclined to believe the press. 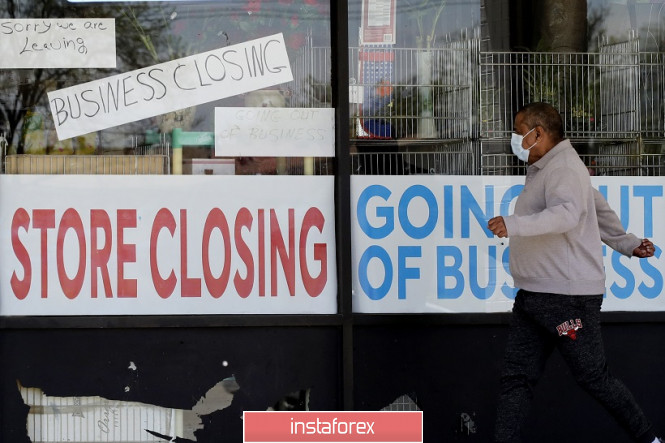 If the entire information puzzle is put altogether, it can be assumed that American politicians (both on one hand and the other) will continue to make a "good face at a bad game," assuring that negotiations are carrying on. Another possibility is that the parties will start accusing each other of being counterproductive. In any case, the probability that the new package of incentives will be adopted before the presidential election is quite small. All this suggests that the US dollar will continue to be under pressure.

The greenback's weakness allows traders of the euro-dollar pair to conquer new price heights. Today, the EUR/USD pair broke through the resistance level of 1.1850 (the upper line of the BB indicator coincides with the upper border of the Kumo cloud on the D1 timeframe). The nearest resistance level is located at 1.1900 – the upper BB line on the four-hour chart. However, the key goals of the northern movement are located higher, and these are 1.1950 and 1.2000. Longs with targets of 1.1900-1.1950 can be considered at the moment. In the area of the 20th figure, special caution must be observed: a negative reaction from the European Central Bank, whose representatives have repeatedly criticized the overvalued Euro exchange rate, is quite likely.