In my forecast for the afternoon, I paid attention to the signal for opening short positions in the EUR/USD pair. If you read my review and look at the 5-minute chart, you will see how the bears defended the 1.1826 resistance, which resulted in a good sell entry point. They did the same in the middle of the US session, which caused it to fall by another 20 points. 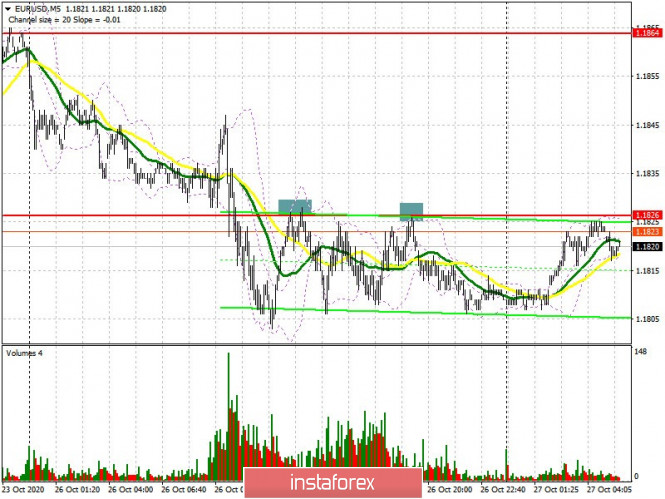 The buyers' primary task for the first half of the day is to regain control over the resistance at 1.1826. Settling at this level and testing it from top to bottom forms a good signal to open long positions, counting on the upward trend to continue, which happened last week. The bulls aim to return to the high of 1.1864, where I recommend taking profits, since this level is the upper border of the horizontal channel and it will not be so easy to pass it from the first test. But even if the euro continues to fall, it is too early to panic, since the pair could remain in a horizontal channel with the lower border at 1.1788. However, I recommend opening long positions from this area only if a false breakout is formed. It is possible to buy EUR/USD immediately on a rebound but only from a low of 1.1762, counting on a correction of 15-20 points within the day.

The sellers are doing their job so far and are not letting the pair go above the 1.1826 level, which acts as a resistance. We can expect the euro to succeedingly fall as long as trading is carried out below this range. Forming a false breakout at 1.1826 after the release of weak fundamental data on lending in the eurozone will be another signal to open short positions, as, apparently, the bullish momentum will gradually end against the background of an increase in the number of Covid-19 infections in the world. The EUR/USD bears will aim to return to support at 1.1788, settling below it will only increase the pressure on the pair, which will lead to updating the next low at 1.1761, where I recommend taking profits. If the EUR/USD grows above 1.1826 and there is no activity among sellers at this level, it is best not to rush to open short positions, but wait until the upper border of the 1.1864 horizontal channel is updated and sell the euro there for a rebound, counting on a 15-20 point correction. 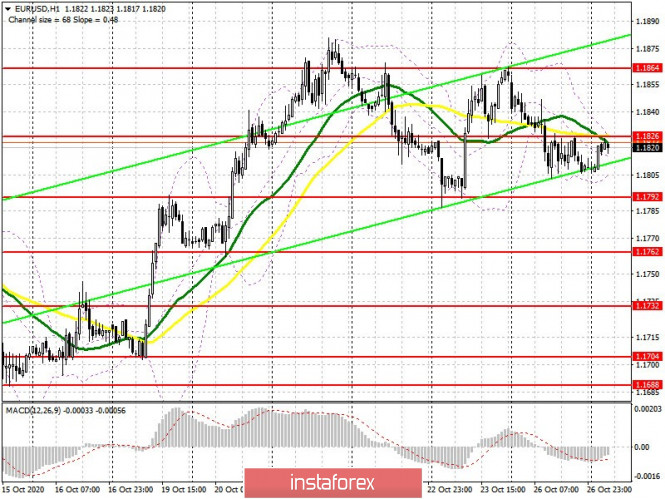 Trading is carried out in the area of 30 and 50 moving averages, which shows that the pair is still in a horizontal channel.