EUR/USD. They did not agree again: American politicians knocked down the dollar

The US currency is declining in all aspects: the dollar index fell to monthly lows settling in the 92nd figure. The key dollar pairs similarly changed their configuration reflecting the General weakening of the greenback.

The main reason is the political differences over the new economic aid package. Last night, another deadline set by representatives of the Democratic party expired. The speaker of the house of representatives drew a "red line" last week while delivering an ultimatum: either the parties come to a compromise solution by Tuesday and go to a vote within the next week and a half, or negotiations will resume after the presidential election. It is worth noting that the next session of the Congress will be held only at the end of November and it is very fast, since the Christmas and New Year period begins in the second half of December. Therefore, the market placed high hopes on American politicians to reach a compromise because otherwise the new stimulus package will not be adopted until January or February. 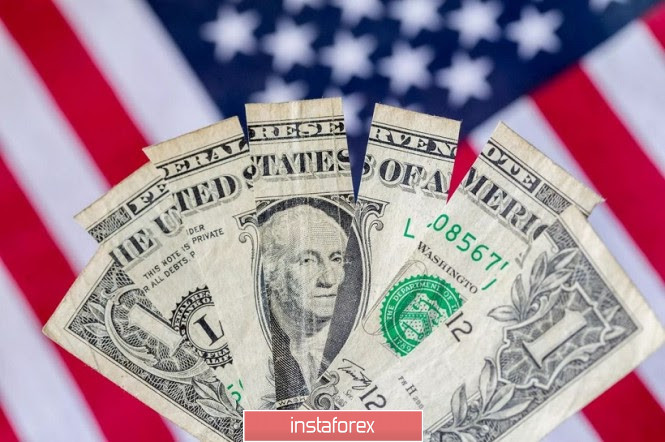 But congressmen and representatives of the White house did not meet the expectations of traders. The parties did not come to a common opinion but voiced only formal and contradictory statements. So, Nancy Pelosi reported that the negotiating groups have made some progress in determining agreement and disagreement. She also added that she had a phone conversation with Treasury Secretary Steven Mnuchin, which they managed to achieve more clarity and understanding. According to her, it demonstrates that both sides are serious about finding a compromise.

At the same time, representatives of the Republican Camp voiced tougher, and, in my opinion, more plausible messages. In particular, Senate majority leader Mitch McConnell said that the Democrats are only dragging their feet until the presidential election. On the one hand, they do not refuse to negotiate (since this decision will affect their political positions), but they also do not show flexibility in negotiations.

By the way, journalists reminded Nancy Pelosi that Tuesday was the last day to conclude a deal between the White house and Congress before the election. In response, she softened her position, pointing out that before that day, the parties had to come to a common understanding in order to move on to the next stage of negotiations.

It is worth remembering that the negotiations on this issue have been going on for five months – since the end of May and traders have already heard similar rhetoric many times. Therefore, the market participants yesterday, did not believe in Pelosi's encouraging statements. The probability of another failure has increased again, which means that the probability of a crisis in the US labor market has increased also. By the way, the number of new applications for unemployment benefits last week jumped to 890 thousand – this is the highest value since mid August. It is obvious that if a negative scenario is implemented, the labor market will pull other macroeconomic indicators that have just begun to show signs of recovery. 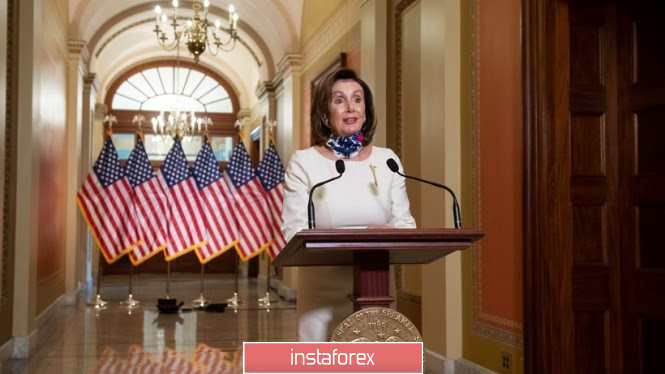 In other words, the US events of yesterday put pressure on the dollar, which in response fell in price throughout the market. At the same time, traders ignored the macroeconomic reports that were published yesterday in the States. So, the number of construction permits issued last month increased by more than five percent, while the overall forecast was at the level of 3.2%. At the same time, the number of construction starts in September increased by only 1.9%, while the forecast growth of 3.8%. The published release did not affect the mood of traders – market participants are focused on the future prospects of the American economy and these prospects largely depend on the "ability to negotiate" of congressmen and representatives of the White house.

Against the background of such a fundamental picture, the Euro-dollar pair updated its monthly highs and approached the resistance level of 1.1850 – at this price point, the upper line of the Bollinger Bands indicator coincides with the upper boundary of the Kumo cloud. If buyers of EUR/USD overcome this level and gain a foothold above it, they will open their way to the annual maximum – to the 20th figure. Such a price break is sure to cause righteous anger on the part of the ECB, whose representatives will hold their next meeting next week. But if we consider the short-term time period, when overcoming the resistance level of 1.1850, we can consider longs at least to the level of 1.1900 or higher – to the intermediate resistance level of 1.1950. This is the last price Outpost before the key, psychologically important resistance of 1.2000.

Interesting? Write a comment below.
 # EUR/USD. They did not agree again: American politicians knocked down the dollar
Forward 
Backward 