The Australian dollar significantly increased by 80 points last Friday. The price approached the target level of 0.7270. The signal line of the Marlin oscillator has entered the zone of positive numbers, into the growing trend zone. The price breakout above the 0.7270 level opens the way for the price to reach the target level of 0.7345, which is the peak on September 16, the 0.7365 target is located a little higher - this is the upper border of the price channel of the higher timeframe. 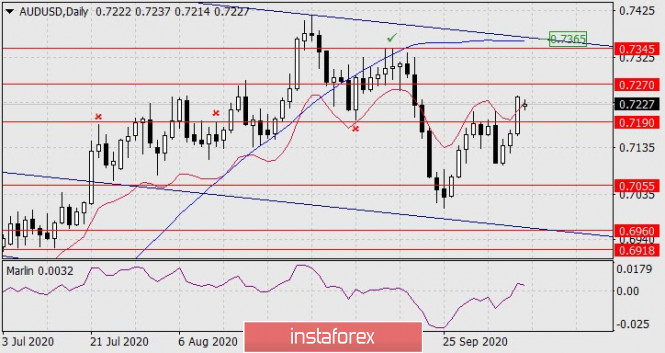 But here comes an important feature. Since the ongoing growth is corrective in nature, a reversal can occur without reaching any designated target level, which forces us to be more careful and reduce the risk when opening long positions. 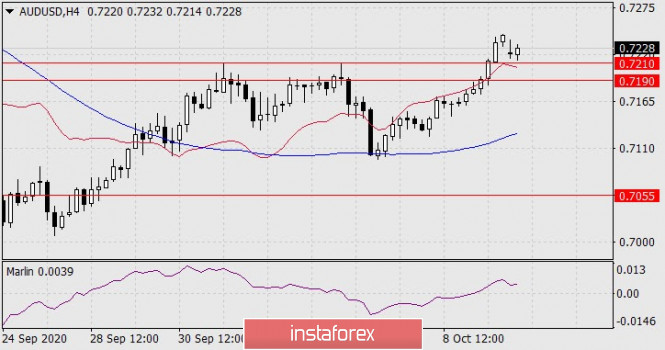 The price has settled above the last highs of October 1 and 6 on the four-hour chart. Growth continues with the support of the Marlin oscillator, which has moved into the positive trend zone. We are waiting for the gap to close and the price to rise to 0.7270.