The Australian dollar consolidated below the broken level of 0.7058 yesterday. The Marlin oscillator's signal line is turning up, being in the territory of bearish players. In the Asian session today, the growth of the Australian dollar blocked yesterday's decline in the body of the candlestick. Consolidation is likely to occur after the previous two-day drop. Today and possibly on Monday, consolidation approximately in the range of extremes of yesterday is highly anticipated. With its completion, there is a possibility of a further decline to the targets of 0.6970 and 0.6938. 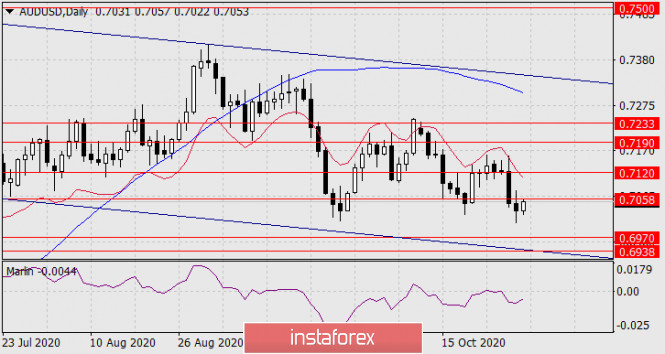 On the four-hour (H4) chart, the price is trying to return above the level of 0.7058, but the indicators are not helping it very much. Marlin is moving up with a slowdown, while the balance line is turning up, trying to move away from the price, which indicates that it remains in a stable downward trend. The completion of consolidation and then the decline to the designated goals of 0.6970 and 0.6938 are anticipated. 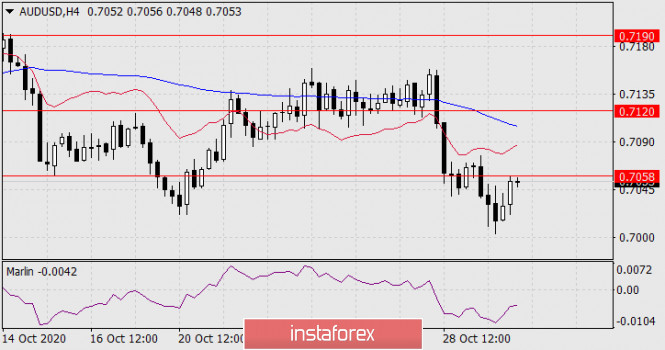