The euro opened and ended Thursday at 1.1754, the area which is below the key level of the lower boundary of the monthly range of the second half of August and the first half of September. This means that the initial condition for the medium-term downward trend has been met. We are waiting for the price to fall to 1.1315. But the euro's first target is the 1.1650 level, followed by the second target at 1.1550 - the November 2017 low. The Marlin oscillator has strengthened in the territory of the downward trend zone. 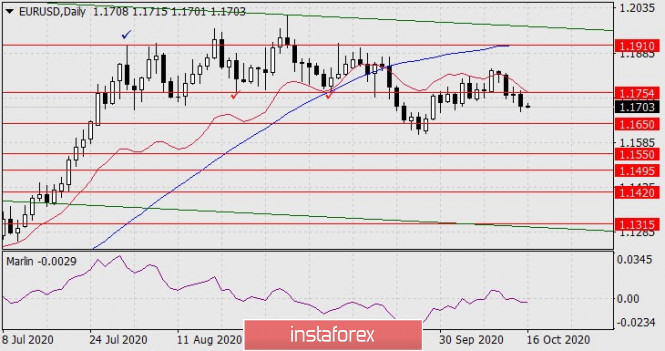 According to the indicators, the trend is downward on the four-hour chart, but the signal line of the Marlin oscillator sharply turned upwards, which may indicate a deepening correction. The limit for the corrective growth is the 1.1754 level . The price will give a new downward momentum if the price moves below yesterday's low of 1.1688. 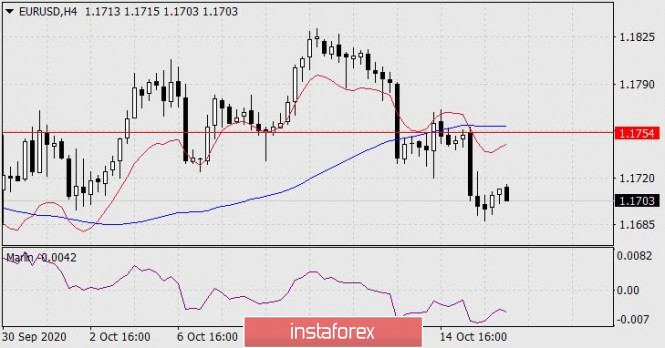