Yesterday, the effect of good expectations worked on the markets - according to Michel Barnier, investors sensed the possibility of an EU-UK deal and began to buy both the euro and the pound. As a result, the euro grew by 39 points, the pound by 198 points. The euro did not reach the target level of 1.1915 by around 35 points, which raises a difficult question, will it work out at all or not? The signal line of the Marlin oscillator has already begun to reverse. 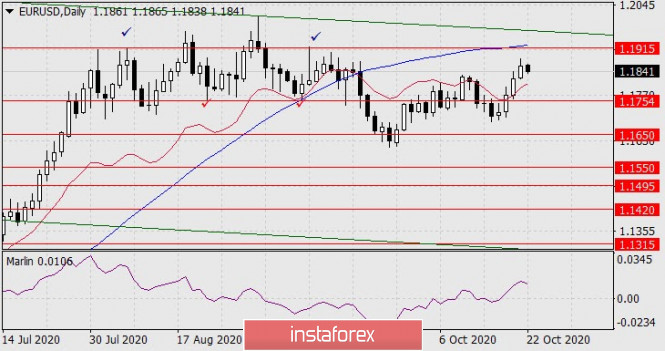 The Marlin is also turning around on the 4-hour timeline, but there are no actual reversal signals yet. It is very likely that the price will still reach the designated target, slightly going beyond it in order to reach the MACD line on the daily scale, and this will form a divergence reversal with Marlin. 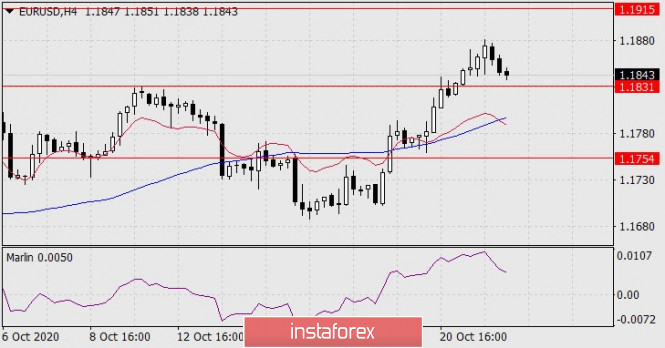 So, we are waiting for the price to grow to the previously indicated level in the area of the MACD line on the daily chart at 1.191520.