The euro fell by 50 points on Tuesday, returning to the area below the signal level of 1.1754. The reversal occurred from the resistance of the balance indicator line on the daily chart. This is a good sign of the impending decline - the market has remained in a downward mood throughout its correction since September 28. The signal line of the Marlin oscillator reversed exactly from the border of the growth territory. It looks like the euro has decided that it will decline further, now we are waiting for the price at the first target level of 1.1650, then at 1.1550 (November 7, 2017 low). 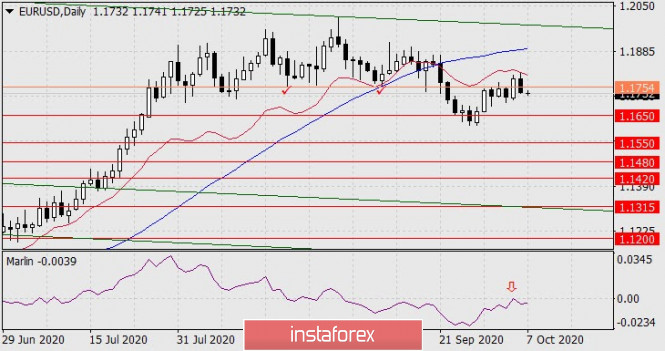 The Marlin divergence worked on the four-hour chart, while the signal line of the oscillator is already in the negative zone. After the price moves below the MACD indicator line (1.1695), the euro will move down in the short term (up to two weeks). 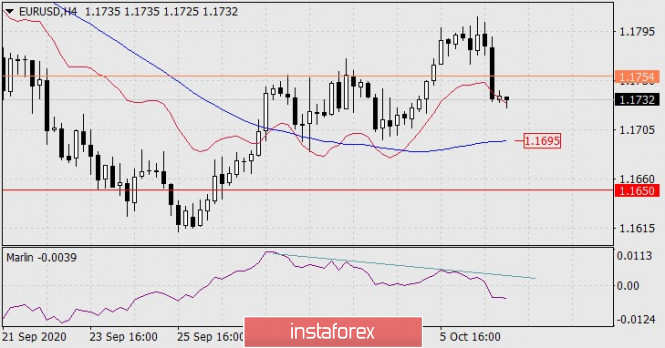