The pound traded in a wide range of 157 points on Thursday due to conflicting information about the Brexit deal. In the current situation, the pound is falling under the general pressure of the dollar until we receive a positive portion of news (if they turn out to be such) from the camp of negotiators. Technically, there is a reversal, when the growing correction from September 24 is completed. The Marlin oscillator moves down without going into the growth zone. The nearest target for a decline is 1.2725 (100.0% Fibonacci), followed by 1.2645, 1.2540. 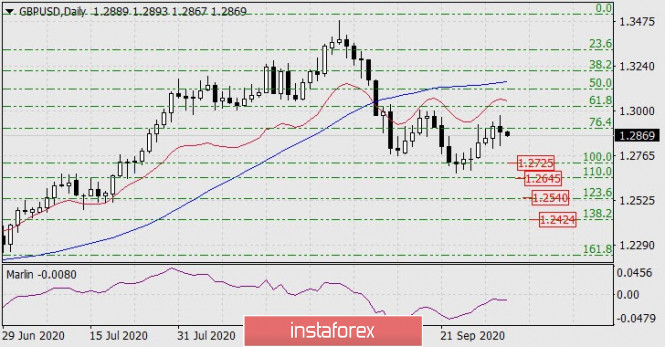 The price is above the balance line and the MACD line on the four-hour chart, the growing short-term sentiment remains, but Marlin is already trying to penetrate the bears' territory, which will significantly facilitate the price's move to leave the area below the indicator lines. But before that, there are more than a hundred points. 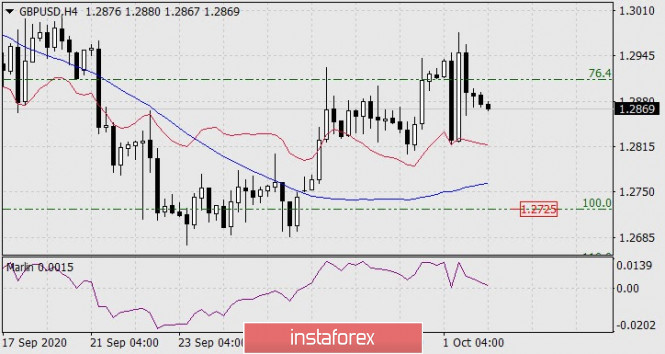