Gold confirmed the initial signals for growth this morning. The confirmation was the sharp exit of the price over the balance indicator line on the daily chart. 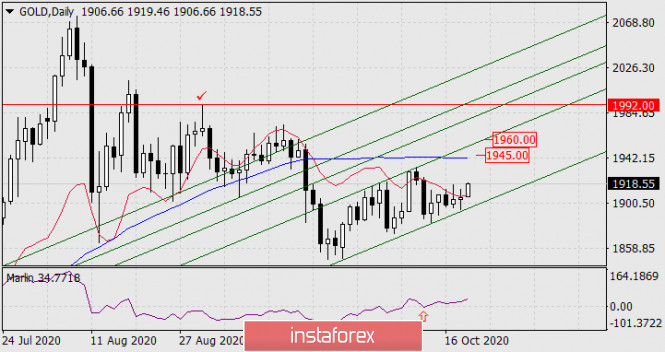 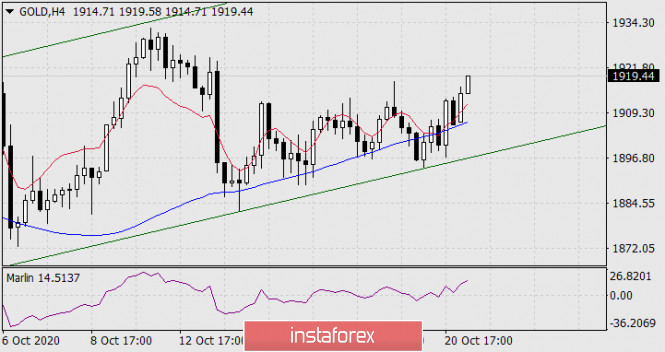 On the four-hour chart, the price was fixed above both indicator lines - the balance line and the MACD line. Meanwhile, the Marlin Oscillator strengthened in the positive zone. We are anticipating the continued growth of the gold's price.