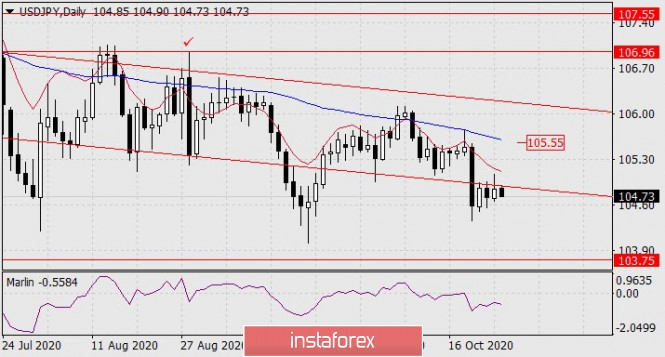 The price is falling below the descending balance and MACD lines on the four-hour chart, the Marlin oscillator has invaded the bear territory this morning. If the price moves below the signal level of 104.56, it will signal a further decline to the previously determined target of 103.75. 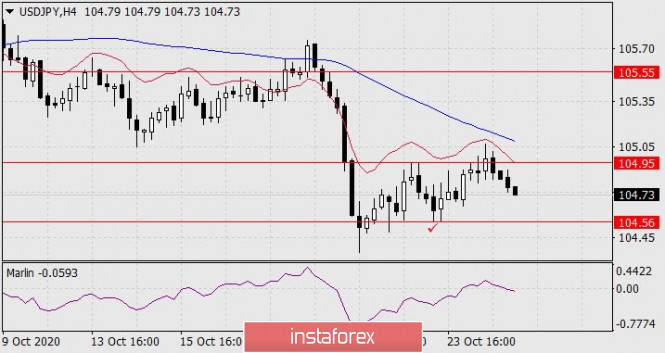