Financial markets rejoiced in vain at Trump's quick recovery - yesterday he suddenly announced that he was suspending negotiations on a second stimulus package worth 1.6 to 2.2 trillion dollars before the presidential election, which led to a stock market crash of 1.4%. The Japanese yen, in its traditional relationship with the stock market, began to strengthen, but since the dollar was also strengthening (the USD index added 0.41%), this movement turned out to be insignificant (10 points). 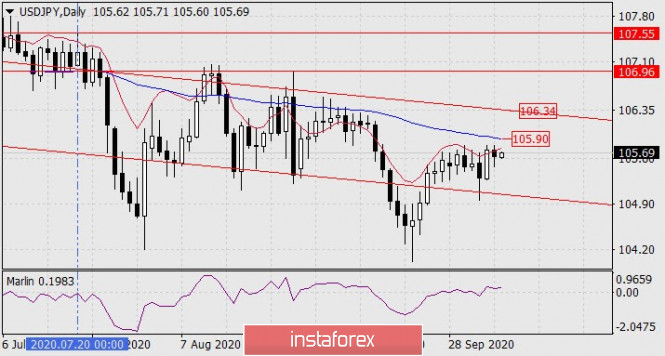 No major changes on the daily chart. The price is trying to overcome the resistance of the balance indicator line again and, if possible, reach the resistance - target of the MACD line at the price of 105.90. Going beyond the first target at 105.90 opens the second target at 106.34 - the embedded price channel line of the weekly chart. 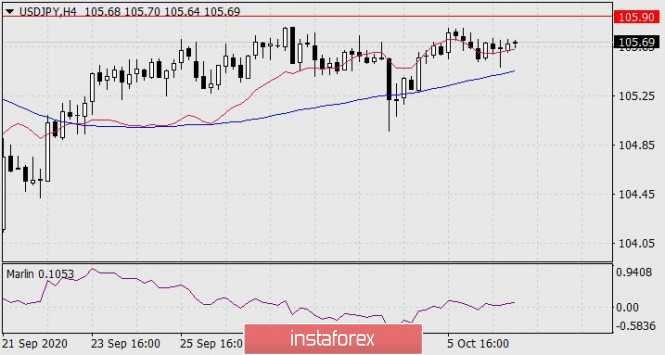 The price remains above both indicator lines on the four-hour chart - the balance line and the MACD line, the Marlin oscillator is in the growing trend zone. We expect the price to rise to 106.34.