The Japanese yen settled above the MACD and balance indicator lines (respectively, the blue and red indicator lines) on Thursday, but this morning it tried to go back to the area under them. According to our main scenario, we do not expect a strong decline in the pair, the price has still not settled below the indicator lines, and the Marlin oscillator remains in the growing trend zone. We are waiting for the price at the first target of 106.32, at the embedded price channel line. Leaving the area above the line opens the second target at 106.96 - 28 August high. 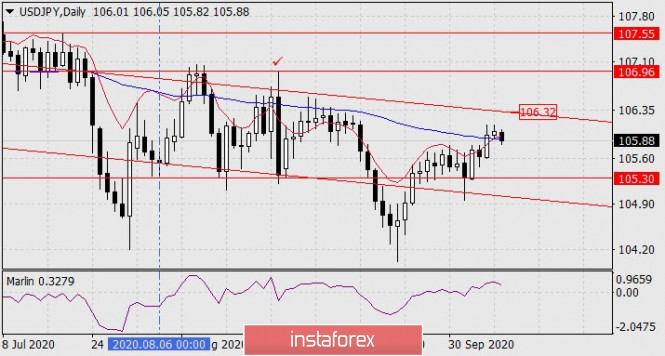 We can distinguish an alternative scenario on the four-hour chart: the price settling below the MACD line, below 105.70, opens the bearish target at 105.30 - the low on August 5. The Marlin oscillator is still in the growing trend zone. The probability of a negative development of events is 25% (for the main plan). 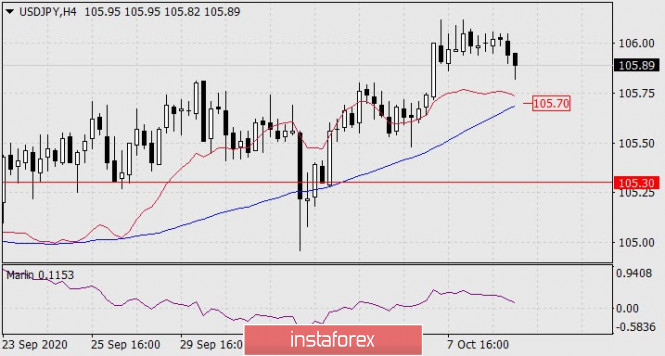