GBP/USD: Brexit without a deal won't stop the pound 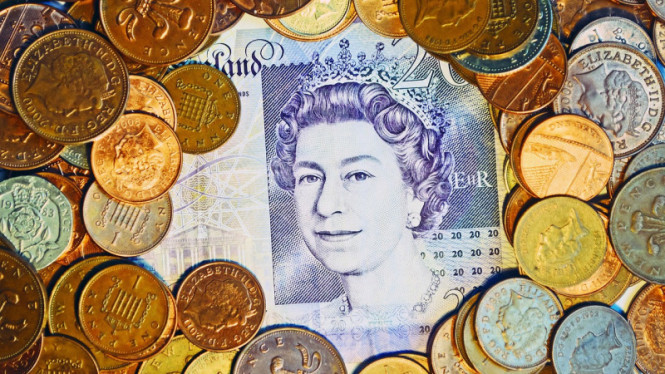 The British currency was in the shadows this week against the background of the activation of the US currency. However, the pound continues to struggle for its rightful place in the global financial system, but this is not hindered even by the potential danger associated with the high probability of a "hard" Brexit.

Based on the observations of analysts, the situation with the United Kingdom's exit from the EU has worsened again. A statement by Boris Johnson, the British Prime Minister, contributed to the nervous tension around the Brexit negotiations. He emphasized once again that the country does not need a trade agreement with the European Union. At the same time, negotiation problems between London and Brussels arose over the coordination of such points as the end of the transition period and further economic interaction. The parties cannot find a compromise, which negatively affects the pound's dynamics.

The current dynamics of the GBP/USD pair is very similar to the "up and down" of the classic pair EUR/USD. Experts said that the pound can only be distinguished by its high oversold status, caused by concerns about a possible chaotic Brexit. At the moment, the market is tired from the seemingly endless negotiations over Brexit, which does not add optimism to the national currency.

Today, the GBP/USD pair is trading near the range of 1.2901-1.2902. According to analysts' observations, the pound made a strong surge amid flared hopes for a deal, breaking the strong resistance level of 1.2850 and rising to the current values. Experts say that this is not the limit, the pound is likely to move to the "round" level of 1.3000.

Moreover, revised macroeconomic data provided significant support to the pound. According to economists, Britain's latest indicators of business activity have been revised upward. However, the so-called economic growth was not much of a help to the indicated currency. From the current observations, positive macro statistics did not become a strong impulse for the growth of the pound.

Last week, the pound did well as it led the trading. Against this background, the market expected its continued activity, however, this did not happen. The imbalance in the performance of the pound is worsened by issues around Brexit. For example, Uk say that the main points on leaving the EU are already present in the draft agreement, but Brussels has not confirmed this information. Moreover, European leaders have expressed doubts about the so-called progress in the negotiations. Michel Barnier, EU's chief negotiator, who noted a number of disagreements between London and Brussels, partly agrees with this. The high probability of further easing of monetary policy by the Bank of England worsened the situation. Experts believe that changes from the regulator are likely before this year ends.

Nevertheless, the pound expects good news after negotiations on the end of the transition period and building new trade relations with the EU. If such a scenario is implemented, economists are confident that the pound will rapidly grow. However, its potential rise may be hindered by the current economic difficulties and structural budget deficits. These factors will become an obstruction for the long-term growth of the pound, although we cannot rule out its opportunities to start once Brexit is over.

It is difficult for experts to forecast the pound's medium-term and long-term prospects, as there is an uncertainty factor in connection with Brexit. However, they are confident that the curved paths in the process of Britain's exit from the EU will not confuse the pound. They believe that it is supported by self-confidence, with the ability to resist political issues.