GBP/USD. Buying the Pound on decline

Despite the negative signals that released earlier this week, the Pound held its positions. The fundamental background received an optimistic color, after which the GBP/USD pair once again turned towards the 30th figure. If we consider a broader time period, we can conclude that the Pound has not always reacted so calmly to such a negative news flow concerning the topic of Brexit.

At the end of last week, the EU summit ended in Brussels. The summit was devoted to further relations between the UK and the European Union. During the meeting, not only did the members not reach a trade deal but they also exchanged harsh words, ending the summit on a sour note. Both the EU and UK said that businesses should prepare for a negative scenario, according to which London will leave the single market and interact with European enterprises under WTO rules. Further negotiations on the deal were in doubt. Just yesterday, Downing street said that they did not expect a visit from the EU's chief negotiator, Michel Barnier, as "such a trip does not make sense,". Europe, in turn, remained silent, thus exerting additional pressure on the Pound. 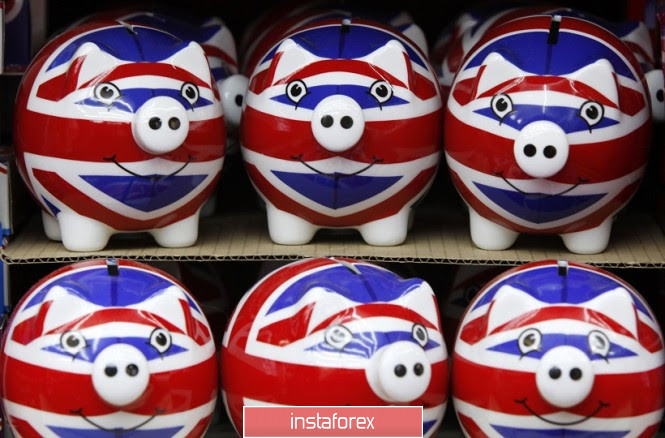 The Pound withstood the pressure, its pair with the USD falling only to the base of the 29th figure. This is not the first failed summit over the past 4 years. But previously, the Pound reacted more drastically to disappointing signals; in just a few hours, the GBP/USD pair could collapse by several hundred points. Therefore, the current stress tolerance says a lot. First of all, it lets us know that the market is actually confident that the parties will eventually find a common denominator. Thus, the market estimates the probability of implementing a hard scenario at 40%, while the probability of concluding a deal (in one form or another) is estimated at 60%, respectively. This is evidenced by the results of a survey of almost a hundred economists of leading banking conglomerates conducted by Reuters.

Today, in the afternoon, the European Commission declared its readiness to continue negotiations with Britain and that they can resume tomorrow. This signal served as another confirmation that there is a kind of game of nerves between the negotiators, but in the end a deal will either be concluded or the parties will extend the transition period.

The fact is that for several weeks the market has been actively discussing the question – will the Bank of England lower the interest rate or not? And we are talking about a decline in the negative area. This was discussed directly by the Governor of the Bank of England, Andrew Bailey, who quite transparently hinted at such a scenario. Then a press release from the central bank was published, according to which the bank's economists study this issue and model possible consequences, weighing all the pros and cons. A little later, a member of the monetary policy committee, Jonathan Hassel, said that he was ready to consider using negative rates (although he admitted that such a move could harm banks' profits). In other words, the corresponding signals are piling on, putting pressure on the pound.

However, today another representative of the Bank of England, Gertjan Vliege, said that according to most of his colleagues, the central bank "has not yet reached the stage at which it is possible to draw conclusions about negative rates." At the same time, the prospects for monetary policy, according to him, "tend to add new incentives." This rhetoric offset the concerns of GBP/USD traders about lowering the rate to zero.

Thus, the British pound retains the potential for further growth. It is worth noting that tomorrow in the UK, key data on the growth of inflation will be published. This data can provoke volatility for the pair, especially if it comes out worse than the fairly optimistic forecasts. So, according to most experts, the overall consumer price index (on a monthly basis) should come out of the negative area and reach 0.4%. The core index should also show positive dynamics after the decline to a record low of 0.9%. If the release is released in the red zone, the pair may again sink a little. This drawdown can be used as a reason to open long positions. The goal of the upward movement in the medium term is 1.3080 (the upper border of the Kumo cloud coincides with the upper line of the Bollinger Bands indicator on the daily chart).