GBP/USD. October 26. COT report: major players are confused. Bear traders need to close at 1.3010, then a new fall is possible. 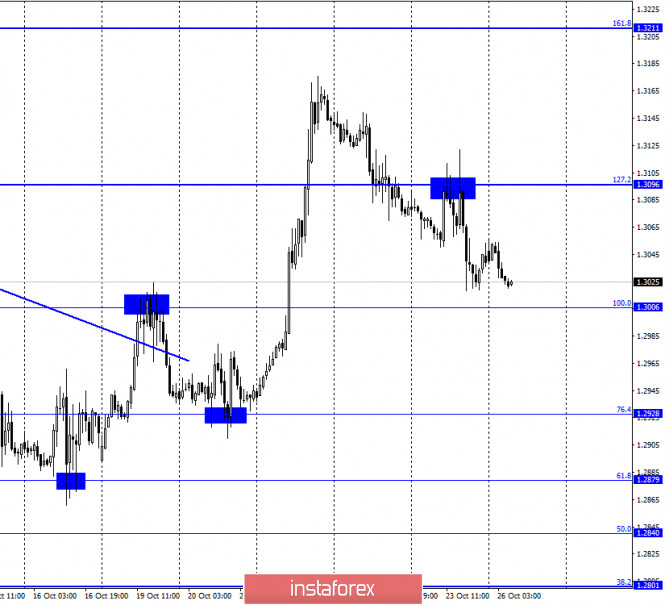 According to the hourly chart, the quotes of the GBP/USD pair performed a rebound from the corrective level of 127.2% (1.3096), a reversal in favor of the US currency, and a resumption of the fall in the direction of the Fibo level of 100.0% (1.30060. Thus, the rebound of quotes from this level will allow traders to expect a return to the level of 1.3096, and fixing under it will increase the chances of a further fall in the direction of the next corrective level of 76.4% (1.2928). At the same time, negotiations on a trade deal between the UK and the European Union resumed. Last Thursday, Michel Barnier arrived in London again and was supposed to leave on Sunday, but then unexpectedly extended the time of his visit to the British capital for several days. It's hard to say what this means. That some progress has been made and the parties want to intensify negotiations while it is still hot? Or that London and Brussels are still at an impasse and need more time to get out of it? Anyway, there was no official information about this. The British pound is still falling, which in my opinion is logical since there is still no positive news for it. However, they may appear in the next two or three days. In any case, at the beginning of this week, it should become clear whether there is progress in the negotiations and if so, then the chances of reaching an agreement will increase, which may support the British in the currency market. Without this, it is likely to continue the process of falling. 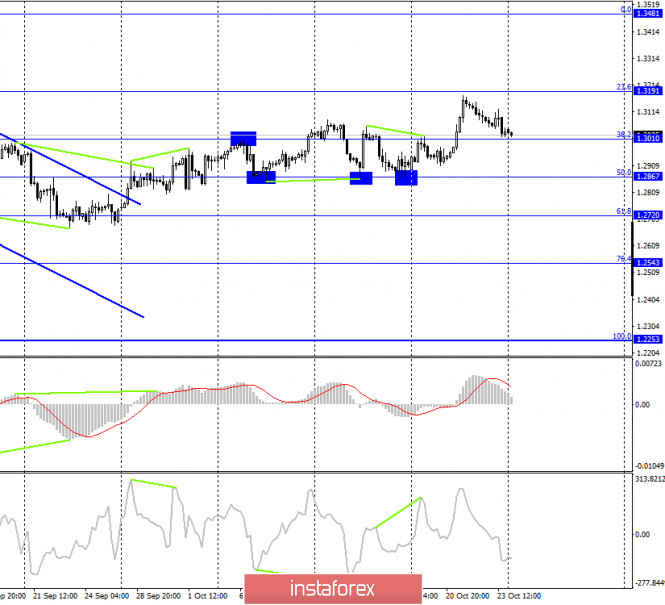 On the 4-hour chart, the GBP/USD pair performed a reversal in favor of the US dollar near the corrective level of 23.6% (1.3191). Thus, the process of falling quotes continues in the direction of the Fibo level of 38.2% (1.3010). The pair's rebound from this level will again work in favor of the British dollar and resume the growth process. Fixing under this level will work in favor of a further fall in the direction of the corrective level of 50.0% (1.2867). 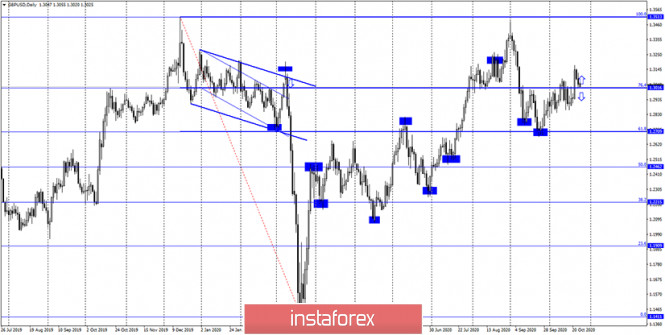 On the daily chart, the pair's quotes consolidated above the corrective level of 76.4% (1.3016), however, the reversal in favor of the US currency has already been completed and the fall has begun. The 4-hour chart is more important now. 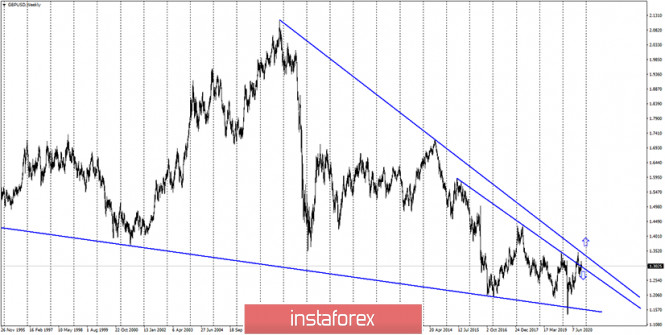 On the weekly chart, the pound/dollar pair closed under the lower downward trend line, thus, a false breakout of this line followed earlier. However, in recent weeks, it has made new attempts to gain a foothold over both trend lines.

On Friday, the UK released business activity indices in the services and manufacturing sectors, which fell slightly compared to the previous month. However, both remained above the 50.0 level, in contrast to the European indices.

The economic calendar for the US and the UK:

On October 26, the news calendar of the UK and US is empty, thus, the background information will be virtually absent. Hope only for news related to the negotiation process between Britain and the EU. 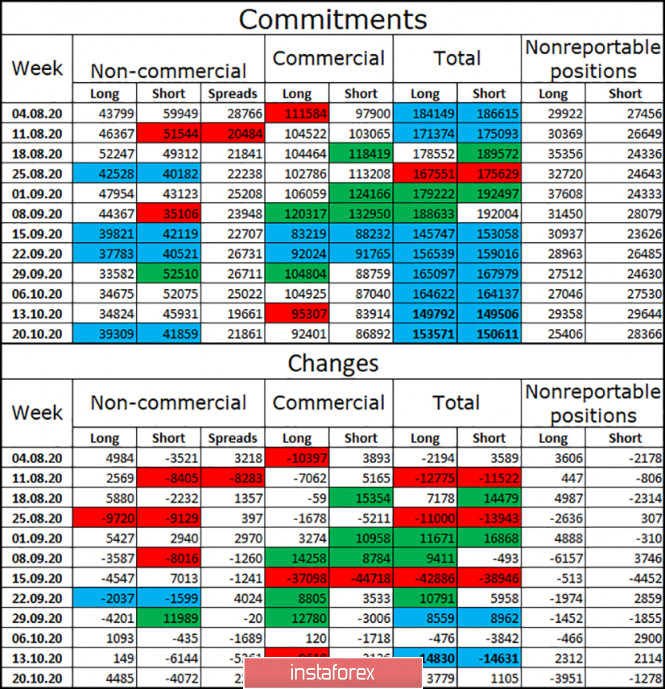 The latest COT report on the British pound that was released last Friday showed that the mood of the "Non-commercial" category of traders has become more "bullish". Speculators immediately increased by 4.5 thousand long-contracts and got rid of 4 thousand short-contracts. Thus, after three weeks of "bearish" advantage, speculators are again inclined to buy the British. However, I believe that such a change in mood does not mean anything specific. In a week or two, major players can start building up short contracts again. And the total number of long and short contracts focused on their hands is almost the same. Thus, I would conclude that the major players are now in disarray.

Forecast for GBP/USD and recommendations for traders: