GBP/USD: plan for the European session on October 6. COT reports. Will the bulls manage to defend support at 1.2965?

Buyers of the pound managed to rebound off the support level of 1.2897 in the first half of the day, following the release of a pretty good final indicator on the activity of the UK services sector. I paid attention to the 1.2897 level in yesterday's morning forecast and advised you to open long positions from it. Unfortunately, if you look at the 5-minute chart, you will see that it was not possible to achieve any signal from the 1.2975 level in the afternoon. This range was completely blurred, which forced me to revise it in today's forecast. 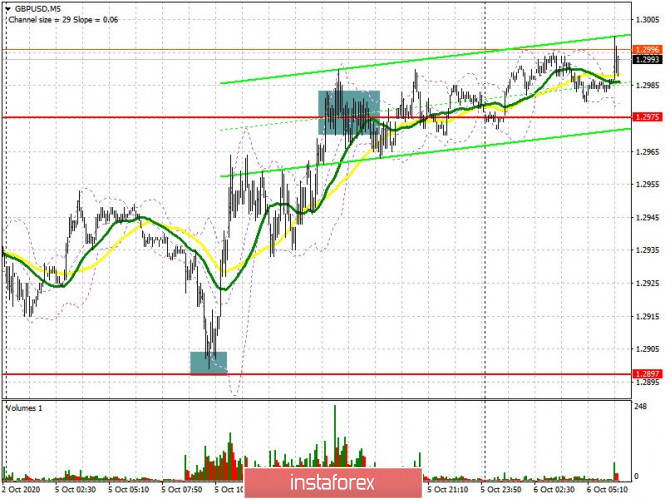 An important task for the pound buyers is to protect support at 1.2965 today. As long as trading is conducted above this range, there is a fairly high chance that the pound will continue to grow in the short term. Forming a false breakout at the 1.2965 level in the first half of the day forms another buy signal. It is likely that this may happen after the release of data on activity in the UK construction sector. The bulls will immediately aim for resistance at 1.3029, consolidating on it forms an additional entry point to long positions while expecting to update a large high at 1.3089, where I recommend taking profits. If the pound is under pressure again and the pair drops below the 1.2965 level, where the moving averages playing on the side of the bulls also pass, then it is best not to rush to open long positions, but to wait until GBP/USD falls to the support area of 1.2897. Forming a false breakout there will be a signal to buy the pound. It is best to open long positions immediately on a rebound from the 1.2819 low.

Pound sellers have a very simple task. For the market to return to their side, GBP/USD must drop below the 1.2965 level. Testing this area from the bottom up forms a good entry point into short positions. In this case, the 1.2897 area will be the nearest target, breaking below which will not be so easy. If the bears succeed in doing this, the pressure on the pound may significantly increase, and more persistent sellers will wait for an update of the 1.2819 low, where I recommend taking profits, since large buyers were constantly entering from this range throughout the week, betting on the pound's growth. In case the pair grows in the first half of the day after the report on the construction sector in the UK, it is best not to rush to sell, but to wait until a high at 1.3029 has been updated, where a false breakout provides an entry point for short positions. Selling GBP/USD immediately on a rebound is best from the range of 1.3089, counting on a correction of 30-40 points within the day. 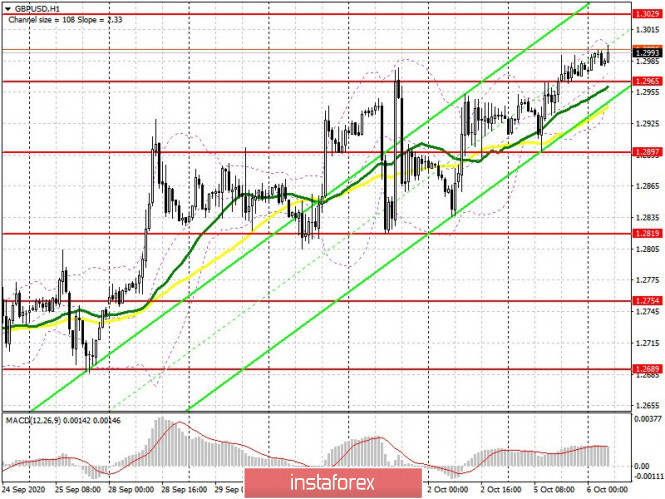 Trading is carried out above 30 and 50 moving averages, which indicates an attempt to build a new upward wave for the pound.

Interesting? Write a comment below.
 #GBP/USD: plan for the European session on October 6. COT reports. Will the bulls manage to defend support at 1.2965?
Forward 
Backward 