The first trading day of the week shows a low level of volatility: first, the macroeconomic calendar on Monday is almost empty for the main currency pairs, and secondly, the States celebrate Columbus day, ergo American trading platforms are closed today. The market is preparing for the main events of the "shortened" week, which promises to be quite eventful. The results of another national poll regarding the ranking of Trump and Biden will be announced, key data on inflation growth will be published in the US and China, and an EU summit will be held in Brussels, which could decide the fate of the trade deals between the UK and the European Union.

Anticipating the latest event is the British currency, which continues to ignore negative signals of a fundamental nature, including those related to the spread of coronavirus in Great Britain. Brexit is the most anticipated topic for the pound, so all the attention of traders of the GBP/USD pair (as well as other cross-pairs with the participation of the British) will be focused on the results of the meeting of EU leaders, which will be held on October 15-16. 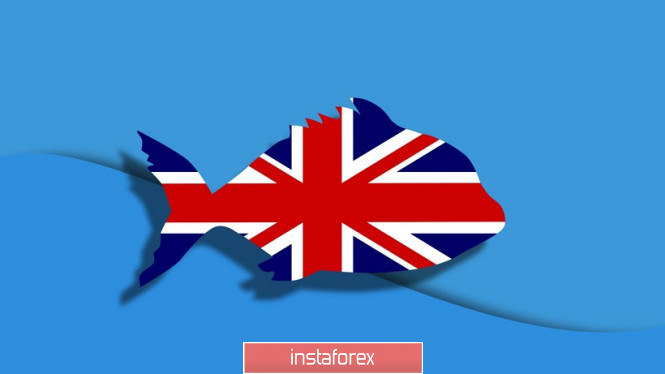 Last week, the GBP/USD pair pushed off from the support level of 1.2860 (the middle line of the Bollinger Bands indicator coincides with the lower border of the Kumo cloud on the daily chart) and headed up. For three trading days, which is until the weekend, the pair moved almost without recoil, and on Friday it showed an impulse growth, breaking the resistance level of 1.3000. The immediate reason for this price movement was the general weakening of the greenback, against the background of political uncertainty in the United States and the next failure of negotiations on a package of stimulus measures. However, the growth of GBP/USD was not only due to the decline of the greenback. Traders reacted to another batch of rumors from the fields of negotiations on a trade deal.

It is worth recalling that another discourse between representatives of London and Brussels ended on Friday. The heads of the negotiating delegations were stingy with comments, but still managed to put together a general "puzzle" from the fragmentary information. It became clear that the so-called "fish issue" was almost the last, but the most difficult issue in the negotiations. If the parties fail to reach an agreement by the end of the transition period, Britain could theoretically block access to its waters for EU vessels. First of all, the fishing fleets of France, Denmark, and Belgium will suffer.

It was reported last week that the chief negotiator from the EU, Michel Barnier, is ready to back down on this issue – he proposed a model based on the principle of "zonal binding" – that is, the British quota shares will depend on the length of stay of fish populations in the waters of the Kingdom. However, following the last negotiations, it became clear that the British categorically rejected this option. There was another piece of information over the weekend, or rather, another compromise scenario. According to rumors, Brussels is offering to compensate fishermen from EU countries for the damage by redistributing catch quotas that were allocated to British fishermen. Moreover, ahead of a key EU summit, Barnier called on Europeans to "curb their appetites" about maintaining existing fishing quotas in British waters. Based on what he said, it is necessary to "really assess the current situation" in the context of mutual compromise concessions.

In conclusion, the ball is currently away from the British, but on the side of the Europeans – if representatives of those two countries whose fleets are fishing in British waters agree to the proposed scenario, it will be a big step towards concluding a trade deal by the end of November. Most importantly, the position of the French is quite interesting for it has always taken the toughest position towards London in the Brexit negotiations. The outcome of the EU summit, which will begin in a few days, largely depends on their position.

By and large, there is an optimistic mood among traders of the GBP/USD pair. A spokesman for Boris Johnson said that the British side "will do everything possible this week to conclude a trade deal" today. Earlier, it became known that during telephone conversations between Johnson and Macron, the British leader confirmed his desire to conclude a deal with the EU. 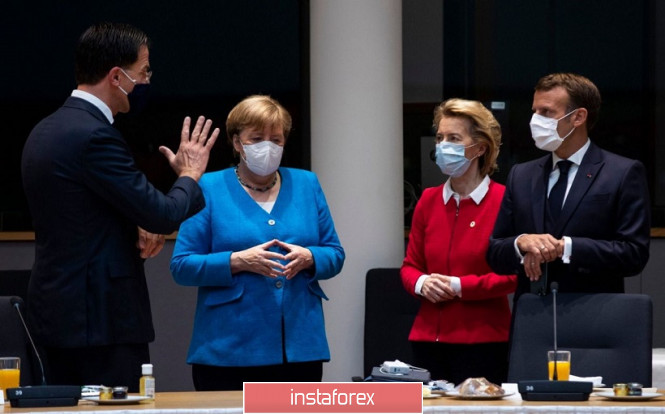 There is also another piece of information that indicates the desire of the parties to find a compromise. According to the German press, Michel Barnier met with German Chancellor Angela Merkel, with whom he agreed on all the "red lines" and acceptable compromises, last Monday. In turn, the German leader took a conciliatory position – at the end of last week, she even called on the EU to show flexibility in negotiations with London. This is an important trump card in the hands of the British, not only because of Merkel's significant influence on European politics, but also from the point of view of the fact that Germany holds the presidency of the EU Council until the end of this year.

Therefore, the fundamental background for the British currency has significantly improved – primarily (and mainly) due to Brexit-related news. All other fundamental factors are negative for the currency – the situation with the coronavirus (quarantine measures are expected to be tightened in Britain) and macroeconomic reports (which indicate a slowdown in recovery processes) – play against the pound. But, as mentioned above, Brexit is the most relevant topic for GBP/USD traders so, on the eve of the EU summit, the pound paired with the dollar is holding above the key mark of 1.3000. The pair is testing the resistance level of 1.3070 (the average line of the Bollinger Bands on the daily chart) at the moment. If buyers can overcome and gain a foothold above it, then we can consider long positions to the next resistance level, which is located much higher, at 1.3220 – the upper limit of the Kumo cloud on the same time frame.