Hot forecast and trading signals for GBP/USD on October 29. COT report. Results of next round of Brexit talks to be announced 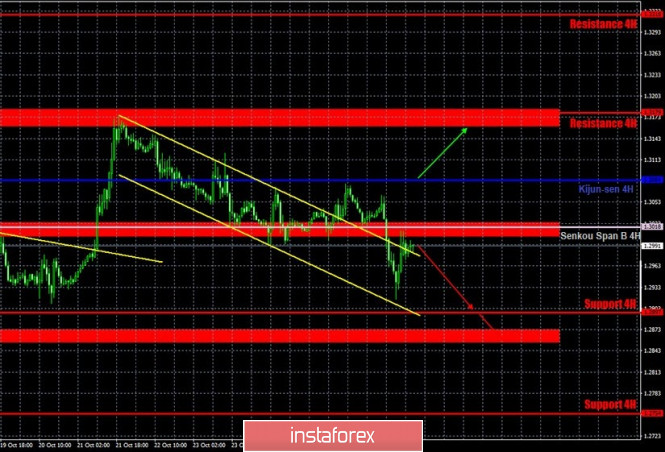 The GBP/USD currency pair also fell for most of the day on Wednesday, October 28, and it managed to gain a foothold below the Senkou Span B line and nearly reached the support level of 1.2897. However, on the way to this level, it went up and began a rather rapid pullback, within which it returned to the Senkou Span B line and the 1.3004-1.3024 area. A price rebound from this area and line can provoke a new round of downward movement and can be regarded as a specific sell signal. Therefore, in spite of the fact that the quotes left the descending channel earlier, the downward trend, as we see, has not been canceled and is still present. In general, we continue to believe that the pair has much more chances to continue the downward movement than vice versa. 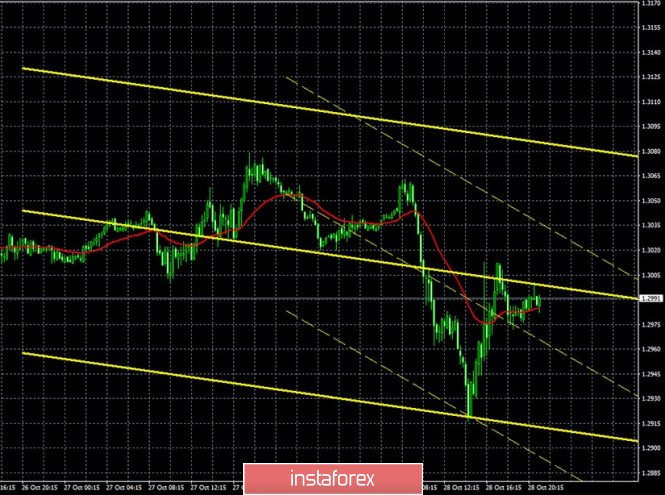 Both linear regression channels turned to the downside on the 15-minute timeframe, which reflects the previous day's trend. The downward movement could return while the pair stays below the Senkou Span B line. 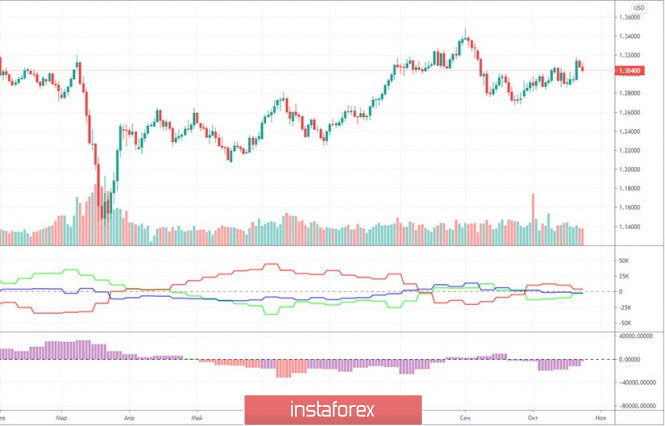 The fundamental background for GBP/USD remained unchanged on Wednesday. Moreover, similar to the euro/dollar pair's case, there was not a single event that could affect the pair's movement and the mood during the day. Nevertheless, the trades were quite active. Traders may receive information from negotiations between London and Brussels regarding the trade deal, since the end of the next round is scheduled for today. Perhaps this topic can really affect the pound/dollar pair. All other topics are now only background in nature. In addition, the US is set to release data on GDP for the third quarter and is expected to grow by 31%. While this is not the same as the 31% loss in the second quarter, if this figure is confirmed, then it will be safe to say that the American economy is recovering very well. And this can even be credited to US President Donald Trump, who did not allow the country to be closed for a second lockdown. But at what cost... In addition, reports on applications for unemployment benefits, as well as an index of personal consumption expenditures, will be published. However, these data are of secondary importance under current conditions.

We have two trading ideas for October 29:

1) Buyers for the pound/dollar pair failed to stay above the Senkou Span B line. Thus, the initiative is now not in their hands. You are advised to consider long positions in case the price settles above the Senkou Span B and Kijun-sen lines while aiming for the resistance area of 1.3160-1.3184. Take Profit in this case will be up to 70 points.

2) Sellers continue to pull down the pair and have broken the Senkou Span B line (1.3018) and the support area of 1.3004-1.3024. A correction is currently taking place, but in case the price rebounds from the 1.3004-1.3024 area, we recommend considering options for opening new sell orders while aiming for the support level of 1.2897. Take Profit in this case can be up to 80 points.

Interesting? Write a comment below.
 #Hot forecast and trading signals for GBP/USD on October 29. COT report. Results of next round of Brexit talks to be announced
Forward 
Backward 