Although there was talk about a significant increase in the number of new cases of coronavirus infection in France and Spain, the market was not especially bothered by this information. Even if French President Emmanuel Macron was forced to introduce some kind of restrictive measures, it was more reminiscent of a lighter version of those that were in force this spring. At most, it only tickled nerves. But the market did not significantly react to this. However, as soon as Germany reported a record number of daily infections in the entire pandemic, after which German Chancellor Angela Merkel announced the possibility of re-introducing quarantine measures, panic gripped the markets, and the euro plunged. To be honest, this clearly demonstrates a simple truth - Germany determines what happens in Europe. More precisely, by the way things are in the largest economy of the EU. After all, if Germany reintroduces quarantine, then other countries of the bloc will follow. Let's just say they have no other choice. And there is no need to say why this threatens business. Everyone understands perfectly well that small and medium-sized businesses simply will not survive the second quarantine in a year. So investors, not wanting to incur losses, urgently flee from European assets, including the euro. 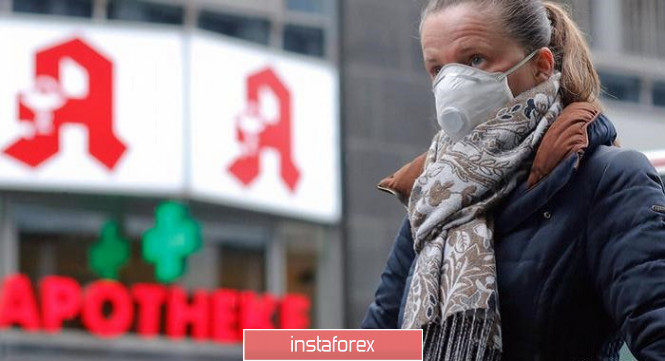 At the same time, even if this whole coronavirus pandemic had not happened, the dollar still strengthened yesterday. The problem is the state of the US labor market, which continues to improve. The number of initial applications for unemployment benefits increased from 845,000 to 898,000. But repeated applications are much more important, the number of which decreased from 11,183,000 to 10,018,000. The duration of unemployment continues to decrease. And this is nothing more than the restoration of the labor market, which will pull the entire economy with it. 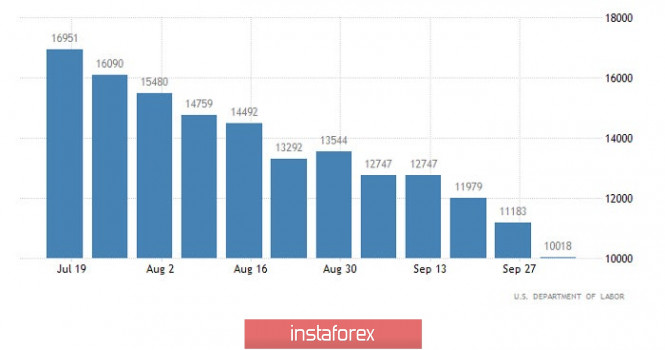 Although today everyone is waiting for confirmation for this, since there was another record increase in the number of new cases of coronavirus infection yesterday in France. Therefore, the euro has no reason to grow even without this. The final data on inflation in the euro area should confirm the fact that the rate of decline in consumer prices is accelerating. Deflation could accelerate from -0.2% to -0.3%. This leaves the European Central Bank with little choice but to expand its stimulus measures. And this is nothing more than a softening of monetary policy. It is quite possible that the option of reducing the refinancing rate to negative values might be considered at the next ECB meeting. So the euro will continue to be under pressure. 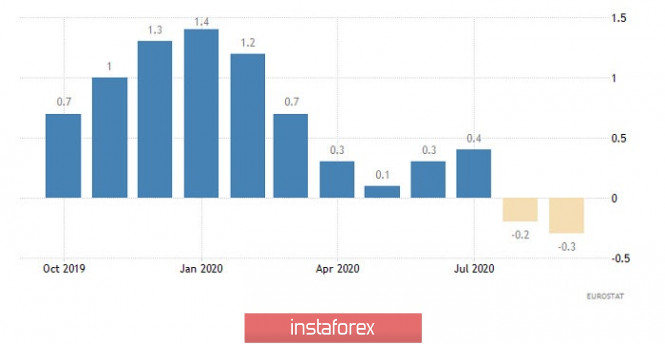 Nevertheless, no matter how strange it may sound, US data will limit the potential for the euro's decline. US retail sales are expected to slow from 2.6% to 2.2%. A certain decrease in consumer activity is a negative factor. Although to some extent this fact will be somewhat offset by industrial production, the rate of decline of which should slow down from -7.7% to -6.6%. 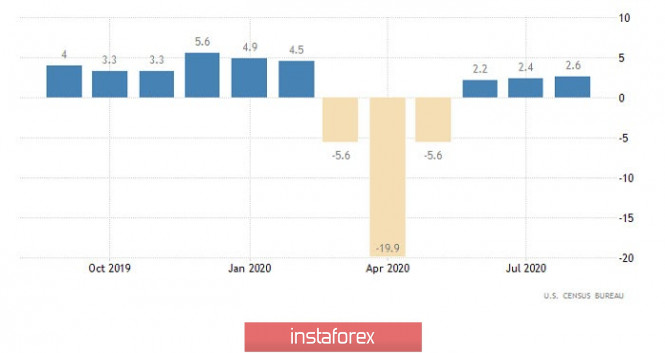 The euro/dollar pair is gradually returning to the sellers' market, as a result of which the important support level of 1.1700 was reached, where a slight slowdown occurred, followed by a pullback. Based on the sequence of descending ticks during the current week, there is a clear signal that the 1.1700 level may soon be broken.

Acceleration is recorded in relation to market dynamics, which is considered a justified phenomenon against the backdrop of wide speculative interest in the market.

Looking at the trading chart in general terms (daily period), you can see the recovery process relative to the depth of the correctional course 1.1612 -> 1.1830.

We can assume that the 1.1690/1.1700 area will continue to put pressure on short positions, where we don't rule out that a pullback towards 1.1735 might be prolonged, but as soon as the quote manages to settle lower than 1.1685, everything can change radically.

From the point of view of a comprehensive indicator analysis, we see that the indicators of technical instruments on the minute and hour intervals indicate a sell signal due to the recovery process. The daily period is on the verge of changing the signal from buy to sell. 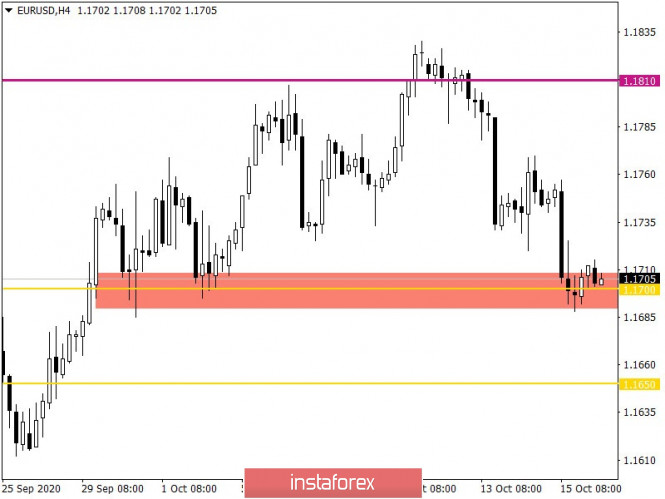