Prime Minister Boris Johnson made another statement that contradicted everything he had said before. And oddly enough, if his previous statements negatively affected the pound, then on the contrary, it supported the British currency yesterday. After all, despite all his previous statements, Johnson suddenly announced that in order to reach a compromise on a trade deal with the European Union, London is ready to amend the law on protecting the UK internal market. The same law that, in fact, became the reason why negotiations were terminated, because of which Johnson had to beat out another delay. Indeed, only for a month, but nonetheless. Of course, so far there is no specifics as to what changes can be made to this controversial law, which, by the way, contradicts all norms of international law. But even that was enough to give the pound a noticeable dose of optimism. However, towards the end of the trading day, the pound began to show a tendency to move backwards. The reason was reports that the British government is considering an action plan to counter the possibility of organizing a second referendum on Scottish independence. Allegedly, there is a whole document that somehow got into the media. The official authorities have not yet commented on this issue. Nevertheless, the prospect of a complete collapse of the United Kingdom and the fact that the government is seriously considering this issue, somehow cooled interest in the pound. 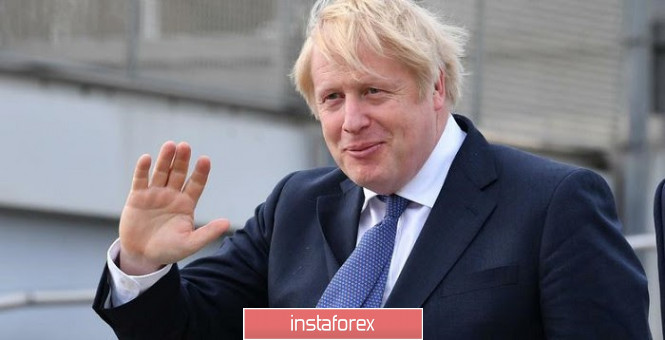 It is clear that today the markets will wait for some details on both of these issues. Macroeconomic statistics, which are practically nonexistent today, are unlikely to have a significant impact. After all, only construction data in the United States will be published. And this data has a rather limited impact on the markets. Nevertheless, the number of new construction projects may increase by 2.8%, and the number of issued building permits by another 1.8%. 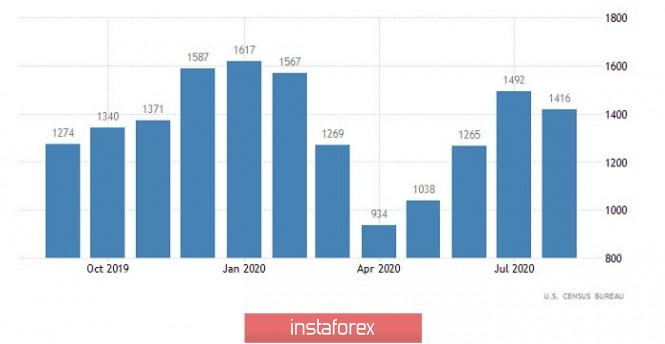 The GBPUSD pair showed high activity, as a result of which an inertial move was formed in the direction of the psychological level of 1.3000, where a slowdown occurred, followed by the restoration of short positions.

If we proceed from the quote's current location, we can see that the recovery process has an impulsive form, where the 1.2935 coordinate serves as a variable support, relative to which a deceleration of 1.2935/1.2955 occurred.

As for volatility, we have high dynamics on a stable basis, which indicates the prevailing speculative mood of the market.

Looking at the trading chart in general terms, the daily period, we can see a corrective move from the local low of 1.2674, where there is a recovery of more than half at the moment.

We can assume that the stagnation in the borders of 1.2935/1.2955 will end during the European session, where the best trading strategy is the method of breaking a particular border, working for a local surge in activity.

From the point of view of complex indicator analysis, we see that the indicators of technical instruments at minute intervals have a neutral signal due to the stagnation of 1.2935/1.2955. Hourly periods indicate a sell signal due to the downward momentum from yesterday. 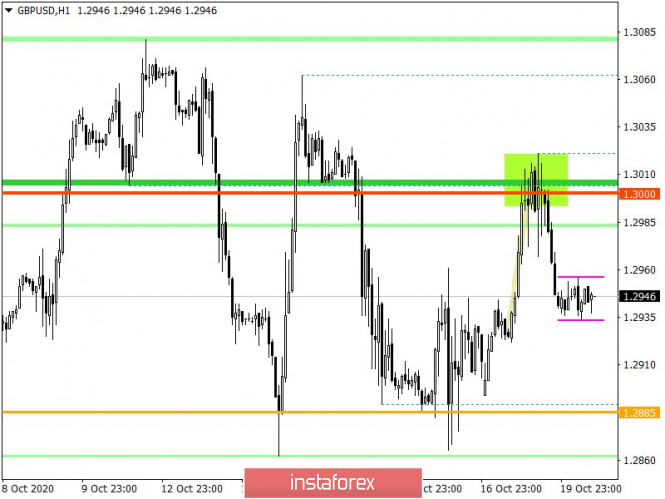