At first glance, it seems that the euro was exclusively declining on Friday, but this is not entirely true. At first, it showed some effort to grow. But its decline was much more obvious. The single currency grew due to preliminary data on business activity indices, which, to some extent, turned out to be slightly better than forecasts. Largely due to the index of business activity in the manufacturing sector, which increased from 53.7 to 54.4. Although expectations were for it to fall to 52.9. The rise in the manufacturing index came as a complete surprise and investors were pleasantly surprised. Due to this very growth, the composite business activity index fell only to 49.4, while its decline was predicted from 50.4 to 48.5. However, we are still talking about a decline. Moreover, the index of business activity in the service sector, which was supposed to drop from 48.0 to 47.2, actually fell from 46.2. That is, the decline is much larger than expected. So it is not surprising that the euro has shown attempts at modest growth. 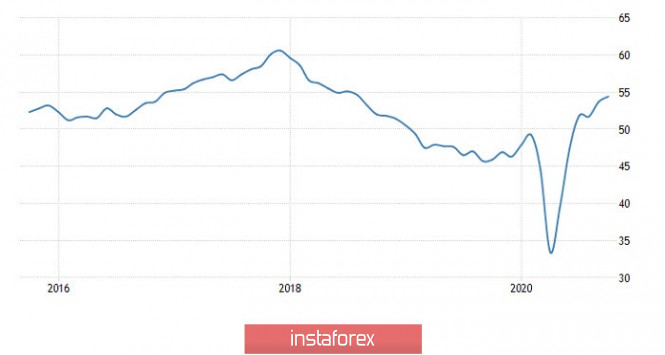 If the European indices came out largely mixed, and only slightly better than forecasts, then in the United States they turned out to be much better than forecasts. The worst result was shown by the PMI in the manufacturing sector, which, instead of remaining unchanged, actually rose from 53.2 to 53.3. The index of business activity in the service sector, instead of falling from 54.6 to 54.1, increased to 56.0. This all made it possible for the composite PMI to rise from 54.3 to 55.5. But initially it was predicted to decrease to 54.0. US data were clearly positive. 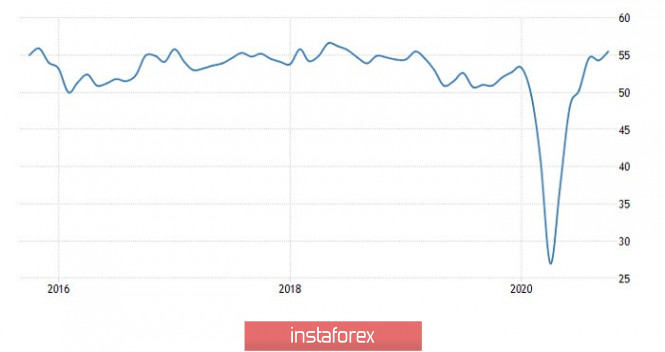 The macroeconomic calendar is essentially empty today. The only thing to watch out for is new home sales in the United States, which are expected to grow 3.5%. However, this data is not that significant and does not have such an impact on the market. In addition, it is published quite late, which also does not help market participants so they don't rely on it. So, most likely, the market will wait for something more substantial. 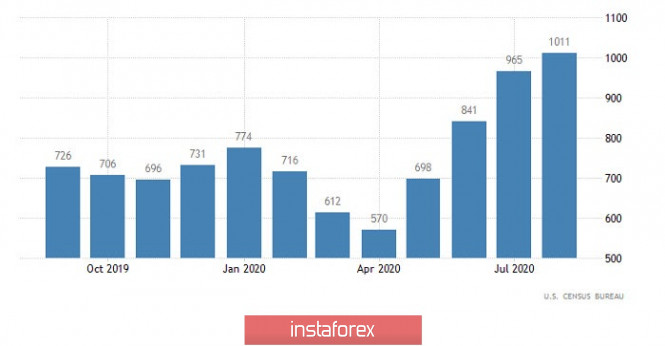 The euro/dollar pair showed a local upward interest last Friday, as a result the quote returned to the 1.1860 area, where it slowed down on a systematic basis.

If we proceed from the quote's current location, we can see that trading began with a small gap, which set a downward pace in the form of a pullback from the 1.1860 area.

Acceleration is recorded in relation to the market dynamics, which is confirmed by the candles, as well as a high coefficient of speculative transactions.

Considering the trading chart in general terms (daily period), one can see price fluctuations at the conditional peak of the corrective course of 1.1612 -> 1.1880.

From the point of view of complex indicator analysis, we see that the indicators of technical instruments on hourly and daily intervals tend to indicate a buy signal, which is due to the fact that the quote is at the conditional peak of the corrective course. Minute intervals signal a sell due to a pullback from the 1.1860 area. 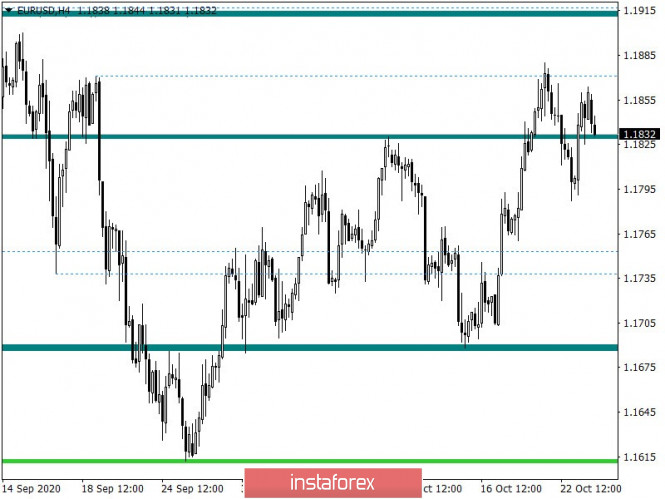