The US dollar continues to receive support, although there are still no results in the negotiations between S. Mnuchin and N. Pelosi, which also does not contribute to the rising optimism in the markets, following the COVID-19 outbreak in the world.

It was reported earlier that Congress' Lower House Speaker, N. Pelosi delivered an ultimatum to the White House, in which she stated that a decision on incentives is needed in the next 48 hours. Her words seemed like a threat, although she explained that it was a metaphor indicating the necessary urgency to make a decision. Therefore, investors expected that an agreement could be concluded between Mnuchin and Pelosi yesterday, but this did not happen, which resulted in the decline in US stock indices and dollar's growth.

On the other hand, there are also similar problems in Europe that have turned local equity markets down and pushed the single currency rate higher. The second wave of the COVID-19 pandemic, which has already led to new partial restrictions in a number of European countries, still plays an important role there. Moreover, the growing likelihood of Brexit without a deal between the EU and Britain is also contributing negatively.

Given this condition and the market's complete disregard of the incoming economic data, we believe that the current situation will remain until the US presidential elections. It is unlikely that S. Mnuchin and N. Pelosi will successfully agree on new measures to help the country's economy before November 3, when the election is held. Under these conditions, the dynamics on the stock markets will remain sideways at best, while stock indices will decline at worst. At the same time, the US dollar is expected to strengthen against all major currencies, except for the euro, franc and yen. The pound, in turn, is likely to stay sideways until it is finally clear that Britain is leaving the EU without a deal.

Commodity and commodity currencies will remain under pressure, as the global pandemic situation does not contribute to the growth of economic activity in countries, which certainly leads to weak demand for commodity assets.

The NZD/USD pair implements the "rising flag"trend continuation pattern. We expect it to decline to the level of 0.6540, and then to 0.6510. 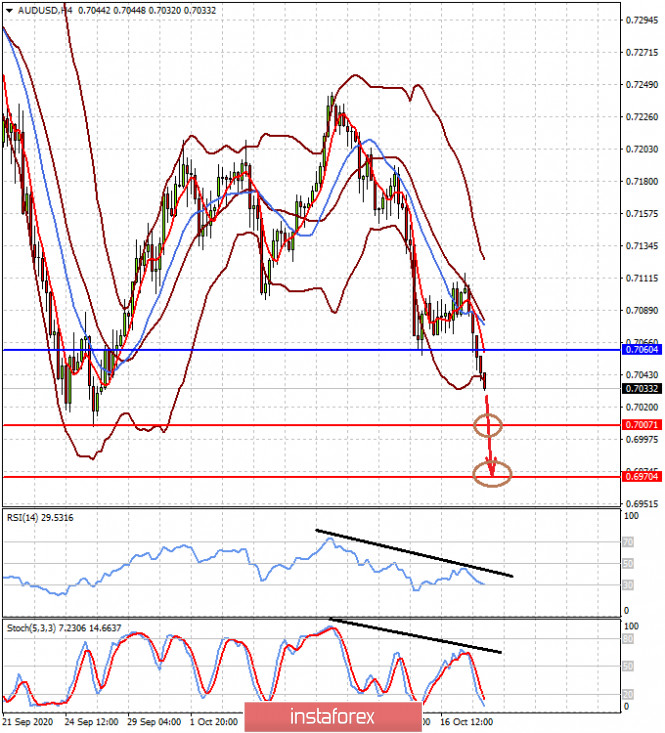 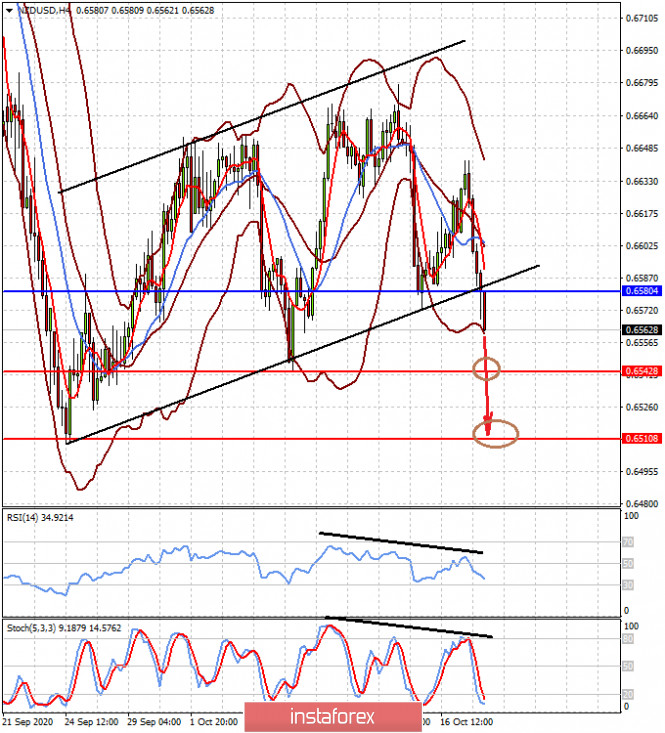