The currency market is in a state of collapse amid investors' lack of interest, while the main events in the global stock market and commodity markets take place in Europe and the US.

It was repeatedly mentioned that market players are focusing their attention on the stock markets and commodity markets, which is related to investors' rising fears that the second wave of pandemic will lead not only to limited economic activity in European countries such as France and Germany, but also in the United States. The authorities of the indicated European countries have already reported the new restriction measures, while in the US, the focus is still on the result of the presidential elections, which will take place on November 3.

The lack of direct influence on the currency market led to its extremely low interest. Although they exist – Central banks' decision on monetary policy, such as BoJ's desire to keep it unchanged, ECB's head, Ms. Lagarde's speech yesterday, and more, these important economic data are still ignored by the market who fully focus their attention on the second wave of COVID-19 and its consequences on the economy of the world and individual countries. What also interests them is still the topic of the US presidential election, that is full of uncertainty.

If the pandemic is an unregulated process, then the elections are completely in its power and will have a strong impact not only on the entire Western world. The dependent Americans around the world are waiting to see who will come to power, what will be the US policy, including economic, and whether the new stimulus measures promised earlier will be taken or not. Investors have a lot of questions to which there are practically no answers until November 3.

In terms of global difficulties, there is still a continuing demand for defensive assets, primarily US government bonds, including the Japanese yen and the dollar. The dynamics of the main currency pair accurately shows investor sentiment and their attitude towards risky assets, which remains negative for the time being.

Assessing the overall dynamics in the currency markets, we believe that it will continue until this week ends. Major currency pairs are unlikely to move significantly, but emerging market currencies will remain under great pressure.

The EUR/USD pair is consolidating above the level of 1.1750 after it declined. If the mood of the market slightly improves today, it may try to recover to 1.1800.

The USD/CAD pair is trying to decline on the wave of some recovery in crude oil prices. If this process does not stop today, a local decline to the level of 1.3240 can be expected. 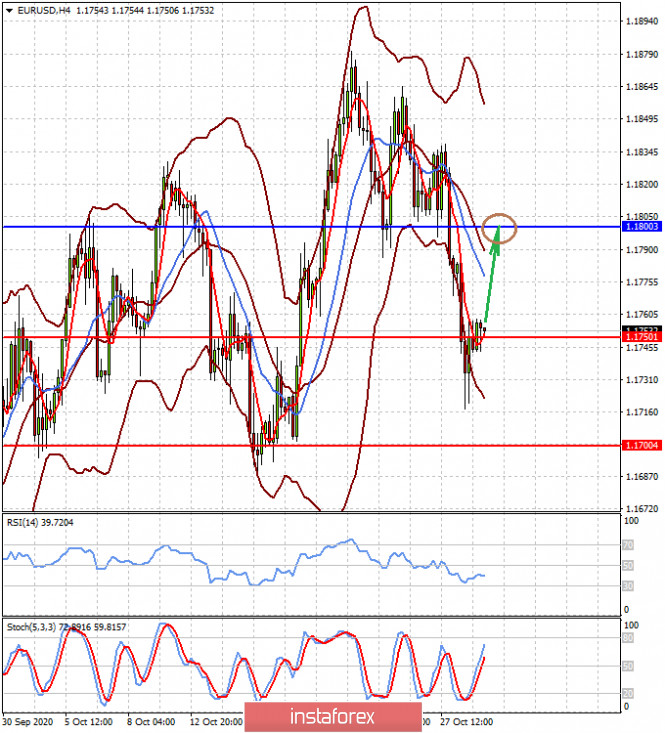 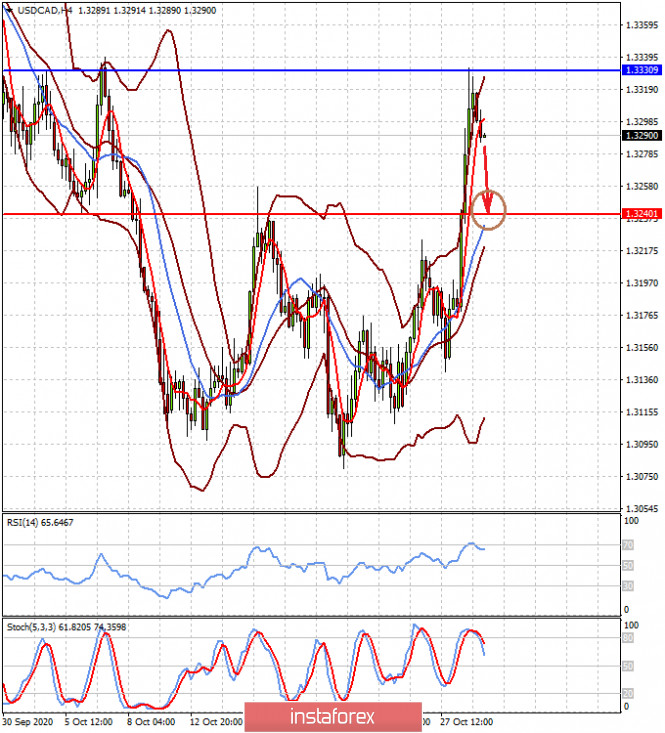 Interesting? Write a comment below.
 #Low activity in the market remains due to fast approaching US presidential election
Forward 
Backward 