All the market's attention will be turned to the publication of important data on US employment today, which will show the state of September's labor market after the Americans stopped receiving payments under the assistance program adopted in the spring of this year.

According to the presented consensus forecast, the US economy should have received 850,000 new jobs in the Nonfarm sector in September against 1.371,000 a month earlier, while the unemployment rate is expected to decline from 8.4% to 8.2%.

How can the dollar react to these statistics?

In our opinion, if they turn out to be in line with the forecasted values, this will not lead to any clear movements in the currency market in pairs where the US currency is present, since it is very likely that these values are already included in the quotes. But, if they come out above or below the estimated values, then it seems that the following can be expected:

If the values turn out to be higher than expected, the dollar will traditionally receive support in such cases, although limited, since positive values will lead to a growing demand for shares of American companies, which will greatly put pressure on the dollar rate and after pausing, it will resume its decline in the currency market.

Now, there is another possible scenario. The data on the number of new jobs will be lower than expected. We believe that this will also lead to a limited decline in the dollar exchange rate. Investors will traditionally react to weaker values, however, it is this bad news that can become the basis for a drop in demand for company shares with a simultaneous strengthening of the US currency.

In general, our expected possible development of events presented above may show an unconventional market reaction, which usually corresponds to those movements that are observed in conditions unlike the current ones.

The EUR/USD pair is consolidating below the resistance level of 1.1755. It may decline further towards the level of 1.1515 due to weak data on the number of new jobs. At the same time, if they do not disappoint and are at least slightly above the forecasted values, this will push the pair above the level of 1.1755 to 1.1810.

The AUD/USD pair is trading below the level of 0.7200. It will react to employment data in the same way as the EUR/USD pair. On the positive data, it may continue to rise to the level of 0.7300, but negative values will lead to a price decline to 0.7115. 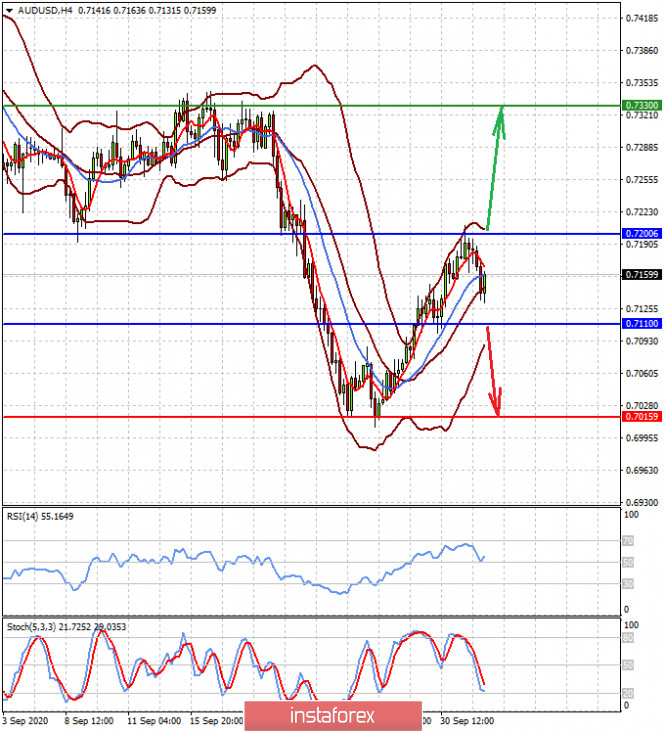 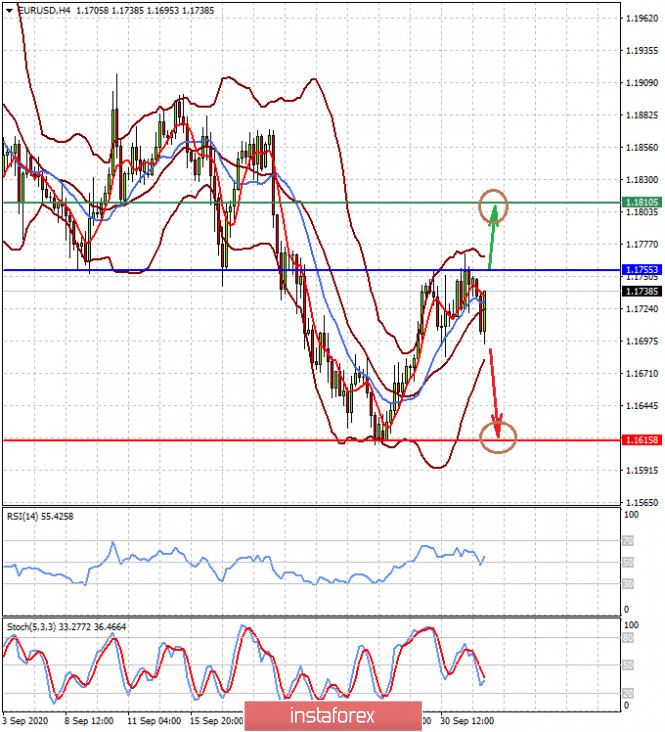