Simplified wave analysis and forecast for EUR/USD, AUD/USD, and GBP/JPY on October 5

As part of the dominant upward wave of the European currency, a downward correction has been forming since the end of July. The wave has reached the limits of support. The structure of this wave does not show completeness. The upward movement of the last week does not have a reversal potential.

In the next 24 hours, the bullish mood of the movement, a reversal, and the beginning of a price decline is expected. A breakthrough in the calculated support zone cannot be ruled out today.

Today, purchases have small potential and can be risky. In the area of the calculated resistance, it is recommended to track signals for selling the instrument. 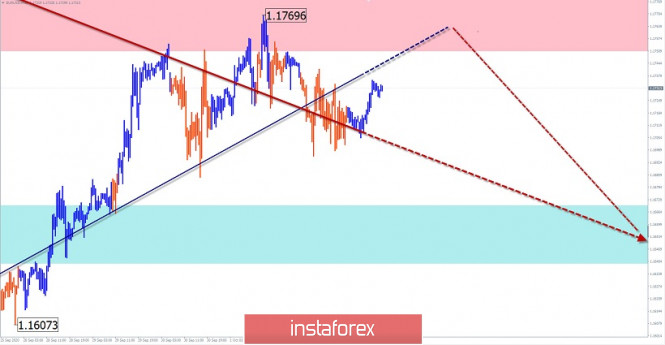 The Australian major chart has been dominated by a bullish trend since March. On September 25, the counter correction ended. The subsequent upward section has a reversal potential and can be the beginning of a new trend wave.

The current price rally is expected to end during the next trading sessions. Then you can wait for a reversal and the beginning of the price move down. If the exchange rate changes, a short-term puncture of the upper limit of the resistance zone is not excluded.

Trading on the pair's market today is only possible within the intraday, according to the expected sequence. A short sale is possible only after the appearance of a clear reversal signal. 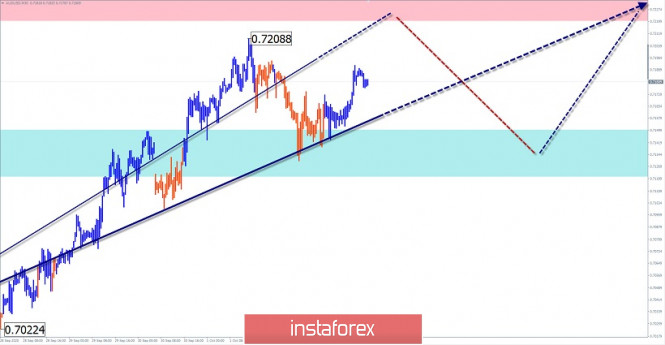 Since March of this year, an ascending wave of daily scale has been forming on the pair's chart. Within its framework, a new correction develops in the form of a shifting plane. The bullish section that lasts for the last 3 weeks does not have a reversal potential and does not go beyond the correction.

In the next 24 hours, an upward movement is expected up to the lower border of the potential reversal zone. A short-term rebound to the support zone is possible in the European session.

There are no conditions for sales in the pair's market today. Purchases of the tool are recommended. The lift potential is limited by the design resistance. 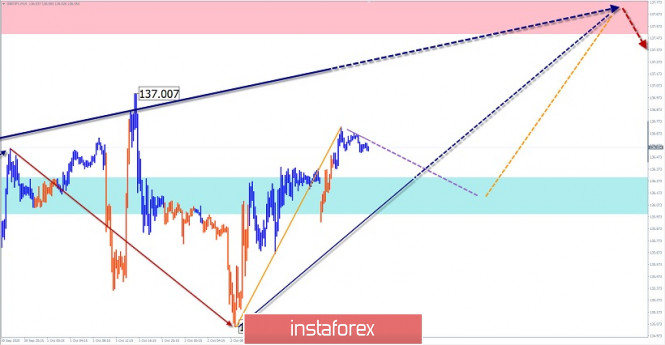