Technical Analysis of ETH/USD for October 6, 2020

More than half of all exchanges in the world have poor KYC identification protocols - with exchanges in Europe, the United States and the UK, according to a new study from blockchain analytics firm CipherTrace

CipherTrace has analyzed over 800 decentralized, centralized and automated exchanges and found that 56% of them do not comply with the KYC guidelines at all, despite AML anti-money laundering regulations. Most of these exchanges are in Europe, a region known for its stricter regulations. However, 60% of European virtual resource service providers have inappropriate KYC practices.

The US, UK and Russia are the three countries with the most exchanges with a weak KYC. Singapore is also at the top of the pack when it comes to VASP numbers. The research found that many exchanges do not bother to list the country of origin on their website. This seems purposeful as 85% of these exchanges had a poor KYC framework. This means that some exchanges hide their jurisdictions to avoid having to register or comply with AML regulations.

The report notes that 70% of exchanges registered in the Seychelles have poor KYC standards, making this small island a breeding ground for potential money laundering people.

The study also analyzed 21 DEX and found that as many as 81% of people used KYC practices that were weak or not knowing their client. However, DEX is not necessarily a good place for money laundering. CipherTrace noted that while the $ 7.9 million of cryptocurrency stolen during the KuCoin hack was sold on the decentralized Uniswap exchange, it was not laundered there.

The ETH/USD pair keeps moving higher and is currently approaching the 61% Fibonacci retracement of the last wave down. This level is seen at $356.34 and if violated, the road to the level of $362.60 and $369.37 is open. The momentum is positive, but not that strong, so the move up might take some time. The immediate technical support is seen at the level of $345.40. 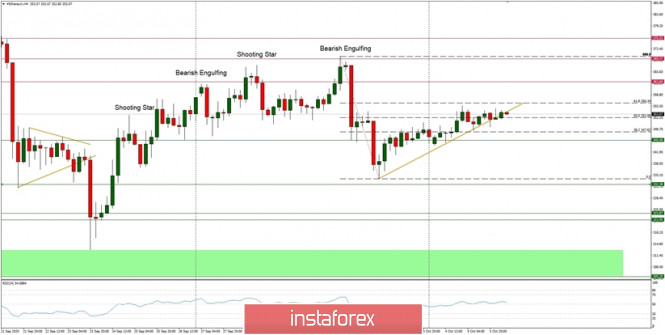