Technical analysis of USD/JPY for October 1, 2020 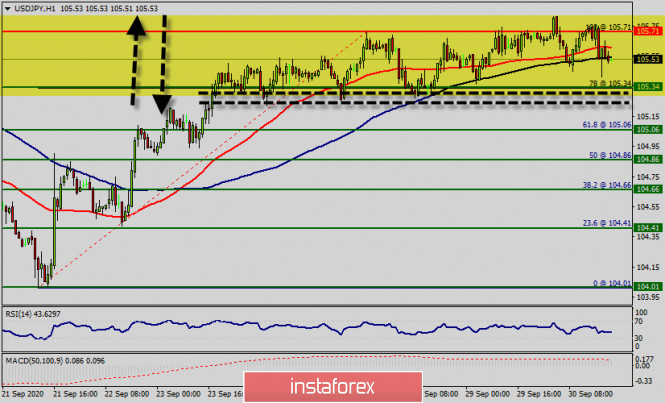 It is looking at a standard chart pattern. Buyers are trying to form a Likely bullish secondary higher top inside the minor retracement zone (105.34), while the chart shows that the trend of USD/JPY pair movement was controversial as it took place in a narrow sideways channel.

But before opening any long buying position, it is recommended to be cautious while placing orders in this area (105.34 and 105.71). Hence, we need to wait until the sideways channel has completed.

Since there is nothing new in this market, it is not bearish yet. Buy deals are recommended above the first support at the level of 105.34 with the first target at 105.71.

If the trend breaks the resistance level of 105.71, the pair is likely to move upwards continuing the development of a bullish trend to the level 105.95 in order to test the daily resistance 2.

From this point, the pair is likely to begin an ascending movement to the point of 105.95 and further to the level of 106.25.

Otherwise, if a breakout happens at the support level of 105.06, then this scenario may become invalidated. 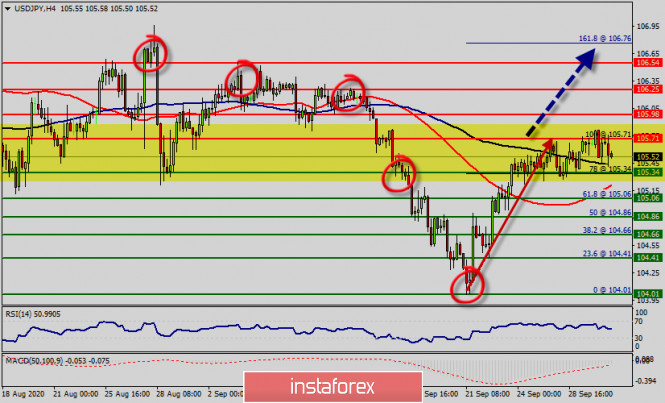