The farce is over: Trump calls a halt to long-drawn-out negotiations with the Democrats

The US dollar index rose impulsively at the end of Tuesday's trading, reacting to the current situation in the markets. During the Asian session on Wednesday, the greenback showed an upward movement, but by the beginning of the European session, the momentum began to fade - traders quickly "played back" the events of yesterday.

The catalyst for the growth of the index was none other than Donald Trump. The US president has put an end to negotiations between the White House and the Democrats regarding the new package of fiscal stimulus for the US economy. In response to this statement, the stock market noticeably sank, while the unexpected beneficiary of the situation was the dollar, which began to be in high demand as a protective asset. Trump's decision came just hours after a speech by the head of the Federal Reserve, in which Powell called on congressmen to pass the relevant bill. He warned that without more help, the US economy would plunge back into recession. 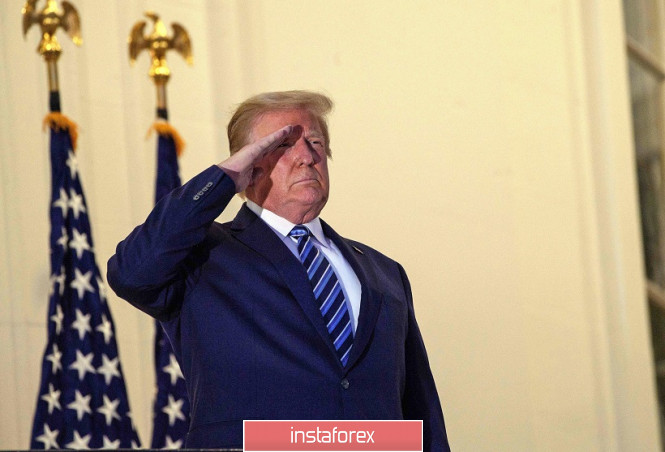 However, the head of the White House did not heed the pleas of the head of the Federal Reserve and suddenly canceled negotiations with Democratic congressmen. He says that the relevant law will be signed by him only after the presidential election, which he assumes that he "will undoubtedly win." And although the latest polls suggest the opposite, the fact remains that the head of the White House reasonably decided that any compromise with representatives of the Democratic party would hit his already shaky rating. At the same time, he said that Republicans were ready to support the 1.5-trillion bill, but the Democrats refused "such a generous offer." Nancy Palosi, the Speaker of the House of Representatives, pushed for approval of a larger $ 2.2 trillion stimulus package.

To put it simply, the long-drawn-out negotiation saga that has been going on since the end of May, ended in complete failure. On one hand, this news was somewhat expected: the negotiators have repeatedly "slammed the door," but then again sat down at the negotiating table. There were no prerequisites for the outcome to be different this time, especially after the Democrats introduced a $ 2.2-trillion-bill in the lower house of Congress. While on the other hand, representatives of the parties actively "inflated" the markets with their optimistic estimates. The Treasury Secretary, the White House Chief of Staff, and even representatives of the Democratic party said that the negotiation process is "at the finish line," and the deal is about to take place. Therefore, the statement by Donald Trump that was made with the help of Twitter, has puzzled investors. The reaction was not long in coming - stock indexes updated local lows, reflecting the growth of panic sentiment. So, the S&P 500 index fell 47.6 points (1.4%) to 3,360.97, the Dow Jones index fell 375.8 points (ie up 1.3%) to 27,772. 76, while the Nasdaq declined 177.88 points (1.6%) to 11,154. 60.

In turn, the dollar index jumped from 93.49 points to a multi-day high of 93.96 points in just a few hours. But despite the impulse growth, dollar bulls were unable to enter the 94th figure, after which the upward dynamics gradually began to fade.

The decision of Trump was criticized not only by Democrats (which is expected), but also by some Republicans. In particular, Republican Senator Susan Collins called the act of the Head of the White House "a huge mistake." The American leader's remark that after his election victory, his administration will adopt a "large incentive package" to support working American citizens and small businesses did not arouse much enthusiasm among investors.

Given the latest sociological measurements, Trump's optimism about the "100 percent re-election" looks very doubtful. According to the results of a CNN poll, US presidential candidate Joe Biden increased the margin over Donald Trump to 16 percentage points. The Democrat's indicators were the highest for the entire time of his confrontation with the Head of the White House. Based on the latest data, 57% of Americans surveyed are ready to vote for the leader of the Democratic party, while 41% of respondents are ready to vote for the current President. By the way, Trump's position swayed not only because of the failed (for him) debate, but also due to the fact that many Americans negatively perceived his attitude to the coronavirus. His calls to "not be afraid of COVID" look quite ridiculous, given that the number of deaths from coronavirus infection in the States has already exceeded the 200,000 mark. 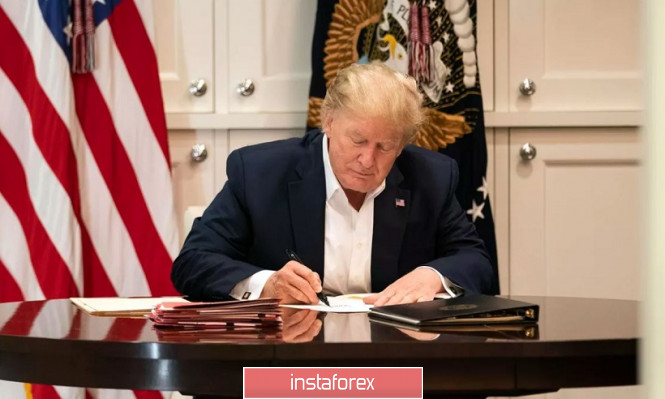 Consequently, the dollar received unexpected support from Donald Trump, who again surprised the markets with his unpredictable behavior. However, this fundamental factor will only have a short-term impact, since the surge in volatility was mainly due to the "surprise effect." Today, emotions about this will come to naught, and traders will switch to other signals of a fundamental nature. In particular, we are talking about the Fed protocol, which will be published at 21:00 (Moscow time).

If we talk directly about the EUR / USD pair, we can say that the bears did not actually take advantage of the temporary strengthening of the greenback. The pair remained within the flat corridor and dropped only a few dozen points (1.1725). This suggests that traders are still waiting for a powerful information impulse, while the US events were perceived as a mere "market noise." In my opinion, the potential for a downward movement is not yet exhausted, even within the flat range. ECB Head Christine Lagarde's speech today may put additional pressure on the euro, so short positions with the first target at 1.1700 are still relevant for the EUR / USD pair. The support level (the main southern target) is located below - at 1.1630 (the lower line of the Bollinger Bands indicator on the daily chart).

Interesting? Write a comment below.
 #The farce is over: Trump calls a halt to long-drawn-out negotiations with the Democrats
Forward 
Backward 