USD/CAD. Preview of the Bank of Canada's October meeting

The penultimate meeting of the Bank of Canada this year will take place tomorrow. In the run-up to this event, the canadian dollar is behaving cautiously, trading within the 31st figure. On one hand, the market is not expecting any surprises from the canadian regulator: the monetary policy parameters should remain at the same values. While on the other hand, there is no consensus among experts about the general mood of the regulator's members and the tone of the accompanying statement. The current fundamental picture allows the Canadian Central Bank to take a different view of the situation. On one side of the scale is the growth of key macroeconomic indicators, while on the other side is the return of coronavirus in Canada.

In the context of macroeconomic indicators, they have not really disappointed investors recently. First of all, we are talking about the canadian labor market. So, the unemployment rate in the country in September fell immediately to 9%. Although this indicator was at the level of 10.8% in August and it should have decreased by only 0.4% according to general forecasts, the indicator dived down by 1.8% at once. 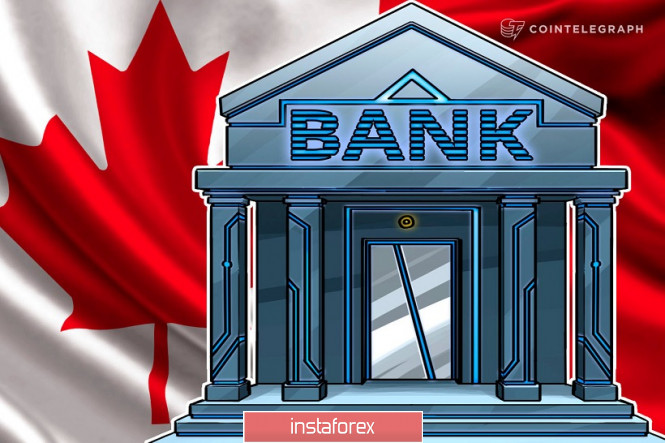 In the green zone, there was also growth in the number of employment. Contrary to neutral forecasts, this indicator exceeded the forecast values more than twice, ending up at 378 thousand instead of the predicted 150 thousand. Note that this increase was mainly due to growth in the number of full-time employees (+334 thousand), while part-time employment rose only by 44 thousand. This is a positive signal, including for inflation indicators, since full-time positions imply a higher level of salaries and social security. The rate of wage growth accelerated to 4.3% from the previous value of 3.8%, signaling a strengthening of the wage scale.

The data on inflation growth published last week also turned out to be quite good. Although the growth rate is quite modest, the trend itself is important. Thus, the overall consumer price index rose to 0.5% in annual terms (after the previous value of 0.1%). Core inflation showed a stronger trend, rising to 1% with growth forecast to 0.6%. Retail sales also increased, especially excluding car sales.

Overall, the canadian economy is showing positive dynamics. Based on the latest data, Canada's GDP increased by 3% (on a monthly basis), while the all in all forecast was at 2.9%. At the same time, growth was recorded in all 20 industrial sectors. The "maple leaf" country's economy has been growing for the third month in a row now. Although, the pace of recovery has somewhat slowed down compared to the first "post-crisis" months. 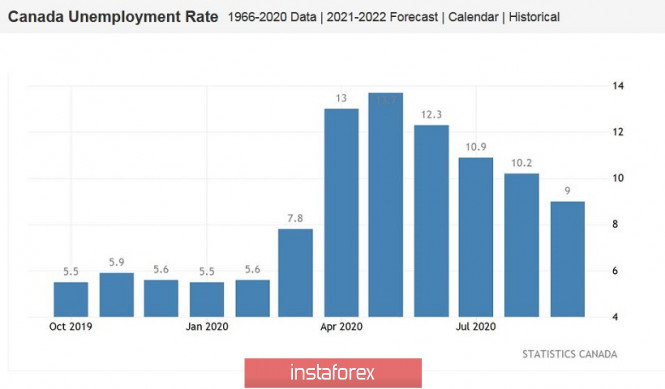 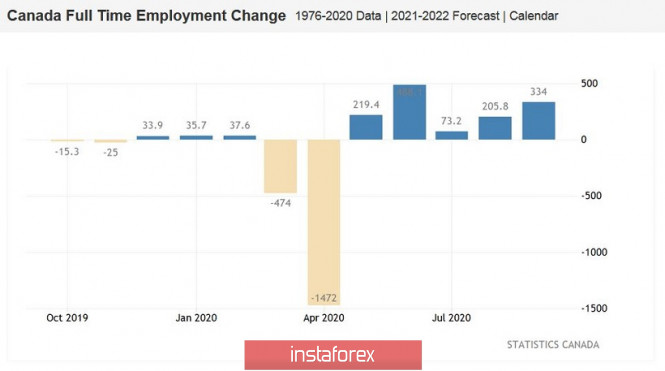 To put it simply, the Bank of Canada has every reason to maintain the status quo at the October meeting. But the tone of the regulator's members' rhetoric may be "dovish," even despite the macroeconomic successes. It's all because of the coronavirus. In recent weeks, the spread of COVID-19 in Canada has increased significantly. Local authorities were forced to resume some of the previously lifted quarantine restrictions in some regions. Just over the past day, Canadian doctors have identified 2531 cases of infection, which is another anti-record. Prime Minister Justin Trudeau said that the country has entered the second wave of the pandemic. If current trends continue, the government will resort to stricter quarantine restrictions. This step will primarily affect the labor market indicators and consumer activity of Canadians.

Thus, members of the Bank of Canada may well focus on the risks associated with the spread of coronavirus in the country. In this case, the Canadian regulator will be under significant pressure.

In my subjective opinion, loonie will get support from the Canadian regulator tomorrow. Central Bank members can note the growth of the main economic indicators while maintaining a wait-and-see attitude on one hand. While on the other hand, they can express "standard concern" about the future prospects of the country's economic recovery, as they did at the September meeting when the country already noted an increase in the number of COVID-19 cases. The text of the previous accompanying statement included the phrase that the Bank of Canada predicts "a long and unstable stage of economic recovery in the face of increased uncertainty and systemic problems." If the Canadian Central Bank confines itself to this phrase tomorrow, it is possible for traders to ignore it, focusing on the other aspects of the October meeting. All this suggests that from the current positions, we can consider sales to the support level of 1.3060, which is the lower line of the Bollinger Bands indicator on the daily chart.