Japan published the key data on the growth of inflation in the country, as well as PMI indices, during the Asian session today. However, the yen ignored these releases, once again demonstrating its "attachment" only to the events of the external fundamental background. Considering the general vulnerability of the US currency, the Japanese has again become the main protective tool in the foreign exchange market. Therefore, it is necessary to assess the future prospects of the USD/JPY pair through the prism of the current demand for safe haven currencies.

Let's start with the Japanese macroeconomic reports. The key statistics play an important role in determining the prospects for monetary policy. The next meeting of the Bank of Japan will be held next week — the results of the October meeting will be announced on the 29th. 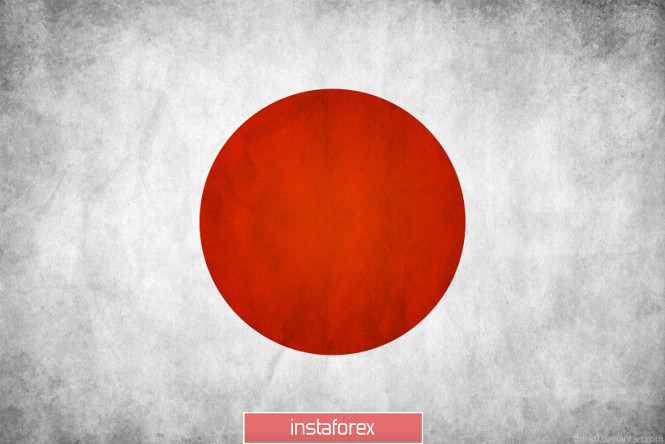 Overall, Japanese inflation presented a weak result. The general consumer price index continued its downward movement, falling this time to zero. This is by far the weakest result in the last four years — the situation was worse only in the fall of 2016, when this indicator fell below zero. The consumer price index excluding prices for fresh food continued to be in the negative area, where it remains for the second month in a row. Another component — the consumer price index excluding food and energy prices — "tried" to leave the negative area. However, it could only rise to zero.

To put it simply, the growth rate of inflation in Japan leaves much to be desired. In spite of the fact that the above indicators were at the forecast level, they reflected negative economic processes. Last week, the head of the Japanese regulator Haruhiko Kuroda admitted that the coronavirus pandemic has significantly suppressed consumer demand. Thus, the country's inflation rate is likely to be negative; at least until the end of this year. Today's release confirmed the Central Bank Governor's concerns that inflation remains a "weak link" in the Japanese economy. Kuroda also added that the Bank of Japan has not exhausted all the tools and is able to counter the consequences of the pandemic. He once again repeated his phrase that "if necessary, he will not hesitate to take additional mitigation measures." Considering the inflation dynamics, the Japanese controller can actually move from words to deeds in the next week. According to Reuters, the Central Bank will at least revise down its forecasts for the economy and inflation at the October meeting, which will be presented in the quarterly report of the Central Bank.

Despite such dovish prospects, the USD/JPY pair "is living its own life." In response to the frankly weak inflation reports, the yen not only refused to fall in price, but even strengthened, retreating from the borders of the 105th figure. In general, nothing is surprising here: the Japanese currency, as a rule, ignores "internal" fundamental factors. Only in the case of any drastic political changes in the country (for example, as the recent resignation of Prime Minister Abe) or in the case of unexpected decisions by the Bank of Japan, the yen shows a more or less clear reaction. In other cases, the USD/JPY pair is focused on events of the external fundamental background. Therefore, today's release only increased the likelihood of easing the monetary policy of the Japanese regulator, but it did not affect the general sentiment of traders.

Considering this disposition, it can be assumed that the southern trend of USD/JPY may soon strengthen — primarily due to the growth of risk-off sentiment. The TV debate between Donald Trump and Joe Biden ended a few hours ago. The market reaction is cautious and somewhat restrained, since it is difficult to objectively determine the clear favorite of the verbal duel. In the case of the September debate, the reaction of traders will follow a little later — when the first results of the TV audience surveys become known. It will become clear in which direction the pendulum swung — either Biden will strengthen his position and increase the gap from the head of the White House, or the intrigue of the presidential election will continue if the advantage is in the direction of Trump. The second option will strengthen risk-off sentiment in the market, since in the absence of a clear winner in the election, the current President will start fighting for every vote, calling into question the "postal vote." But this option is not excluded in the case of a failed loss, given his statements during the election race. He repeatedly voiced the idea that the election may be rigged in favor of Biden, and that the final word on the results of the vote will be said not by the election Commission, but by the US Supreme court. 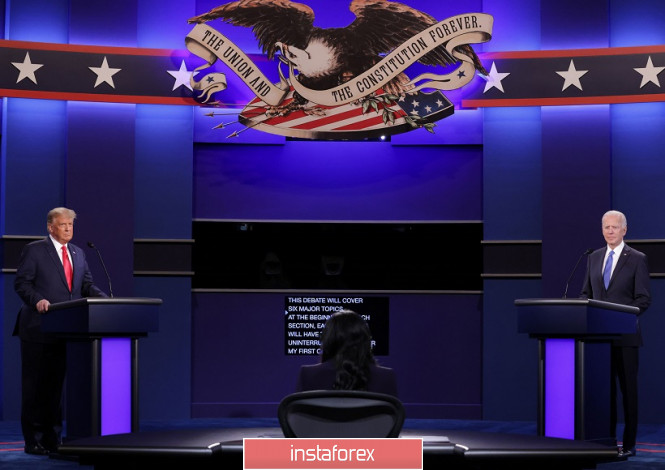 In any case, the dollar will have to go through a rough period of political uncertainty. The results of today's debate may increase concerns about this, provoking a surge in risk-off sentiment in the market, and therefore, increasing demand for the yen. It is also worth noting that the next deadline for negotiations on the fate of a new package of assistance to the US economy will expire today. Yesterday, the speaker of the House of representatives, Democrat Nancy Palosi, said that "negotiations are going well enough," assuring journalists that the long-suffering bill can be agreed and put to a vote before the presidential election. And should the negotiators disappoint investors again today, the southern trend of USD/JPY will get a significant boost.

Therefore, short positions on the pair are still relevant, including from a technical point of view. The dollar/yen pair on the daily chart is located between the middle and lower lines of the Bollinger Bands indicator, as well as under all the lines of the Ichimoku indicator. This configuration allows the USD/JPY bears to at least update this week's low (which is marked at 104.35, heading towards the key support level of 104.00).