We trade with the Bank of England

The new reference level for the upward impulse for the GBP/USD pair is 1.2987. This mark became the starting point of strong growth of the instrument yesterday. The close of trading occurred above the banking resistance zone. This indicates that there is a great interest in buying the British currency both from large players and speculators. Holding on to purchases opened last week is the main strategy today. For repeated purchases, the price will need to be held above the level of 1.3119 for several days. 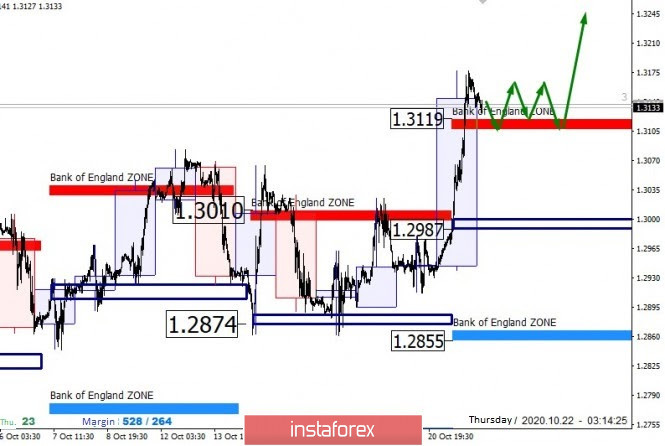 If today's close will go above the banking zone, then any decline in the next five days will become corrective. The probability of a return to the banking level of 1.2987 is not high, however, the most favorable prices for buying the instrument are located at this mark.

An alternative pattern will look like a fall in the pair to the starting point of yesterday's impulse 1.2987. This will allow you to buy the British pound at the best possible price. This model should be considered as an auxiliary one because the probability of such a deep correction formation is below 50%.

Interesting? Write a comment below.
 # We trade with the Bank of England
Forward 
Backward 