Why did the euro fall and what did Lagarde say? 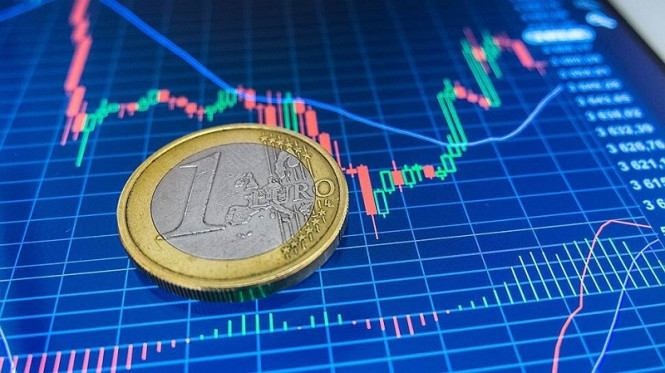 The markets didn't expect any surprises or anything like that. But before the meeting itself, there was little hope for an immediate reaction from the Central Bank to the tightening restrictions on economic and social life in Germany and France. Nothing happened, and the financial authorities refrained from announcing new stimulus measures. At the same time, the accompanying statement sounded signals that the risks on rates are clearly aimed downward. There is a policy correction in the ECB's plans, which may happen in December as soon as more realistic economic estimates appear. The next meeting is scheduled for December 10.

It is possible that the European regulator will announce at the next meeting new and quite serious incentives proportional to the fiscal stimulus in the eurozone countries later. But for now, everything remains unchanged. A hard stance on rates and inflation tends to strengthen the euro, while a soft stance tends to lower it. The European currency tried to correct upward after the meeting. There was a slight rebound from the area of multi-day lows reached. This trend, however, could not be maintained and the rate went down again, which was facilitated by the statements of Christine Lagarde. The result of the meeting and press conference of the head of the ECB, it seems, will be not just a weakening of the euro, but also a further depreciation. The strong support level at the moment is 1.1660. 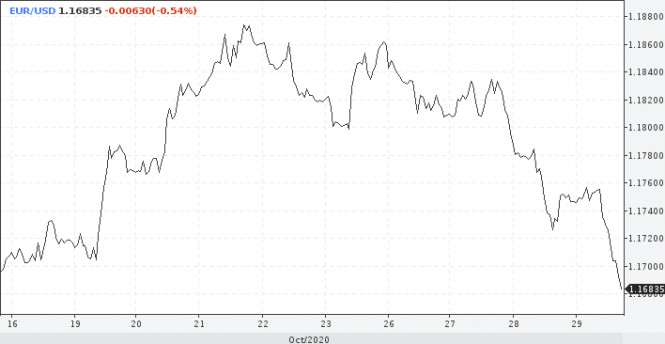 According to Lagarde, the rapid increase in the number of COVID-19 cases is a new challenge for the health of the population and the growth prospects of the eurozone and other countries. Incoming macroeconomic data signals a slowdown in the economic recovery after a relatively "light" summer months. There is now a clear deterioration in the short-term economic outlook.

Consumers are cautious against the backdrop of the pandemic, and activity in the service sector is slowing despite measures of support from fiscal policy. Growth of uncertainty concerning economic assessments are putting pressure on business investment, while the fall in energy prices has a negative impact on inflation.

Lagarde also stated that the measures taken in March help maintain favorable financial conditions in the eurozone. But considering the current downside risks, the Central Bank's Board of Governors will carefully study the incoming information, including the situation with the pandemic, the prospects for the release of vaccines, and the dynamics of exchange rates.

A new round of macroeconomic forecasts in December will allow the regulator to carefully calculate the balance of risks. Based on more accurate updated estimates, the ECB will take further steps to protect economic growth.

Earlier, the downside risks included Brexit, escalating trade conflicts, and factors of political instability in the region. And now, the coronavirus and the threatening increase in the number of infected people in Europe have been added to the threats to the European economy. When the head of the European Commission Ursula von der Leyen made it clear that "the jump in morbidity is alarming, and you should not delay anti-crisis measures," she also called on European governments to be more active in responding to the pandemic.

Interesting? Write a comment below.
 #Why did the euro fall and what did Lagarde say?
Forward 
Backward 