The euro moved down 35 pips yesterday amid weak economic statistics. The latest reports said Germany's final CPI rose just 0.1% in October, and is down 0.2% year on year. Industrial production in the euro area also dropped by 0.4% in September, after growing by 0.6% in August this year. This proved to be enough incentive for the bears to become dominant in the market, thus, short positions arose at the level 1.1761. Surprisingly though, long positions also appeared at the level of 1.1790, which kind of recouped the losses. 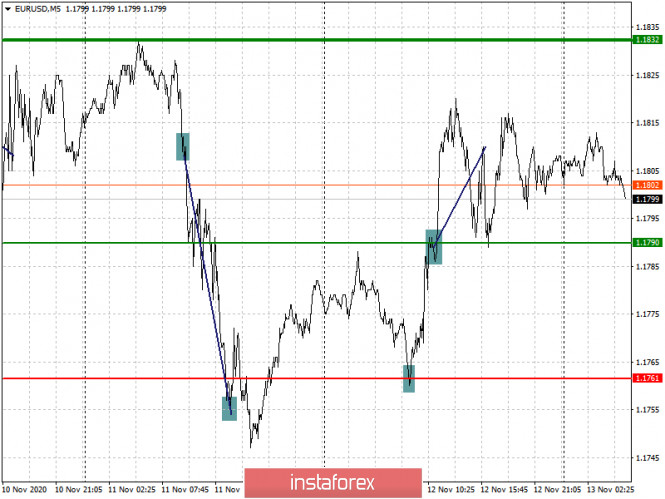 A number of economic reports for the eurozone economy are coming out today, one of which is the data on EU GDP. If the figure turns out weaker than expected, pressure on the European currency will return. To add to that, there will be reports on US consumer sentiment and inflation expectations, which may strengthen the position of the US dollar. It seems that everything is now playing against the euro, and only good statistics will allow it to rise. 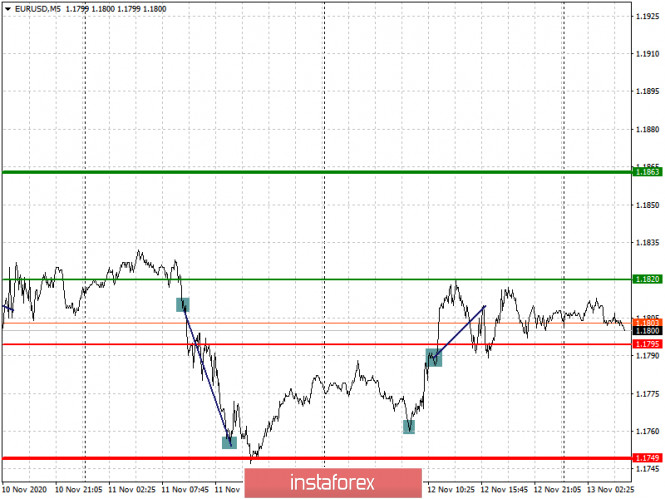 Pressure on the pound returned after the release of economic reports for the UK. Latest assessments indicate that UK GDP grew by 15.5% in the 3rd quarter, as compared to the 2nd quarter of 2020. But if it is compared to the data last year, the economy sank 9.6%.

Since this figure was not enough incentive for the pound bulls (as they were counting on a larger economic recovery), the GBP / USD pair declined by 35 pips yesterday, thanks to the short positions set at the level of 1.3197. After that, it decreased again by about 45 pips and reached the target value of 1.3153. 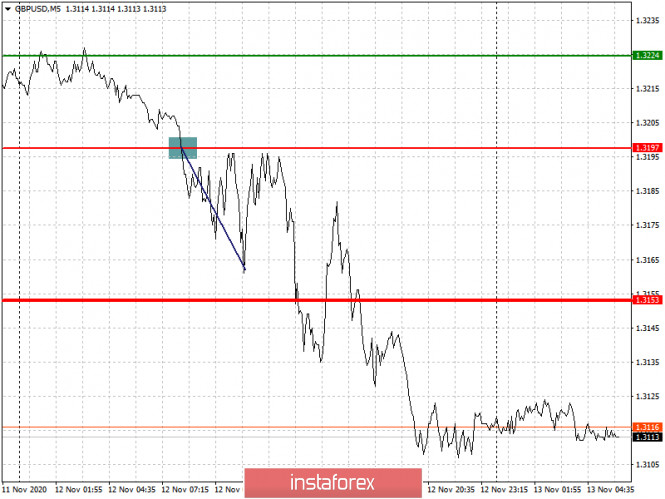 The movement of the pound will rely on US reports today, in particular, over good data on consumer sentiment and inflationary expectations. Strong performance will lead to another USD rally in the market. 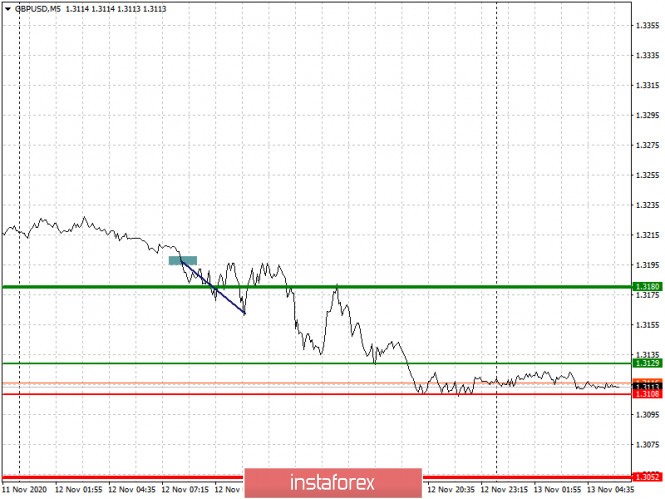 Interesting? Write a comment below.
 #Analysis and trading recommendations for the EUR/USD and GBP/USD pairs on November 13
Forward 
Backward 