The euro showed a fairly large increase yesterday amid expectations of Joe Biden's victory over the US elections. It also ignored the weak statistics on the eurozone economy, as well as rather negative forecasts from the European Commission. Thus, long positions from 1.1765 to 1.1845 brought about 80 pips of profit from the market, which is very good, especially at the end of the week. 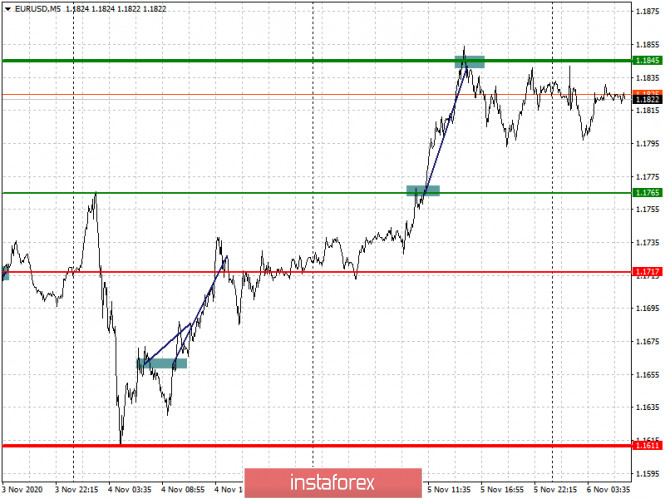 Today, everything will depend on the final results of the US presidential elections. However, Trump has also declared that he will appeal everything in court if he loses the race.

Aside from that, Biden's victory will ultimately weaken the US dollar against other world currencies, particularly on the risky assets. In this case, buying the European currency will be a more correct decision.

But then, it is also worth remembering that a number of important reports on the US labor market are coming out today. Good indicators may temporarily restore demand for the US dollar and weaken the position of the European currency. 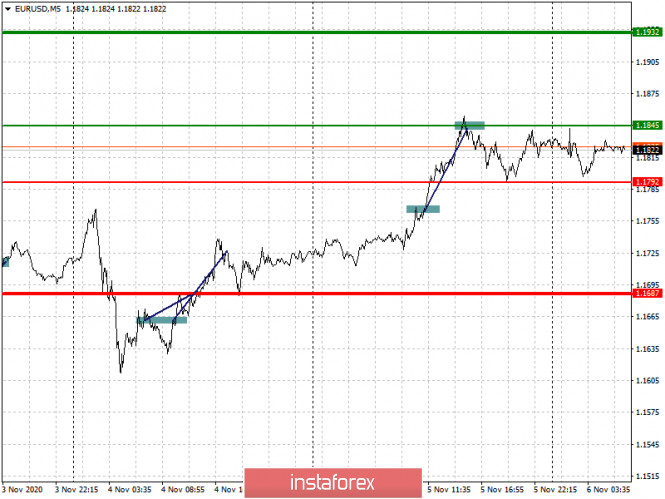 There was a good buy signal in the GBP / USD pair yesterday, around the level of 1.2986. Those who managed to wait until the quote reached the target level (1.3129) earned more than 140 profit pips. The huge growth was mainly due on the decision of the Bank of England regarding its monetary policy, as well as on the expectation that Joe Biden, who continues to lead in terms of votes, will become the future US president. 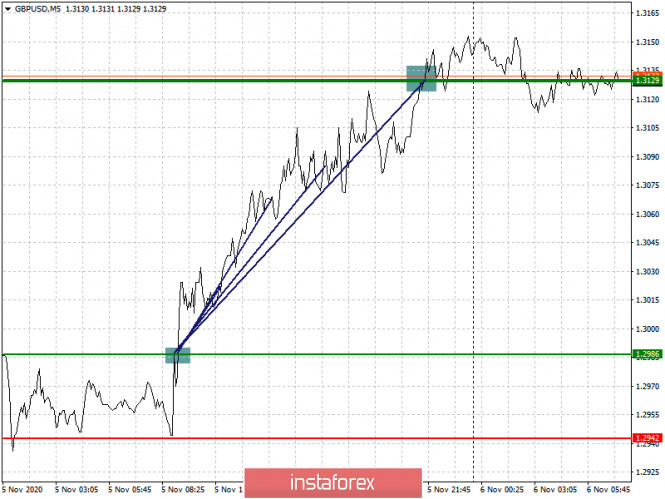 Before buying the pound, it is necessary to pay attention to the data on the US labor market, as it will set the tone for the entire market today. The lack of economic reports from the United Kingdom will keep the bullish trend in the GBP / USD pair. However, the main movement will still be based on who will win the US elections. 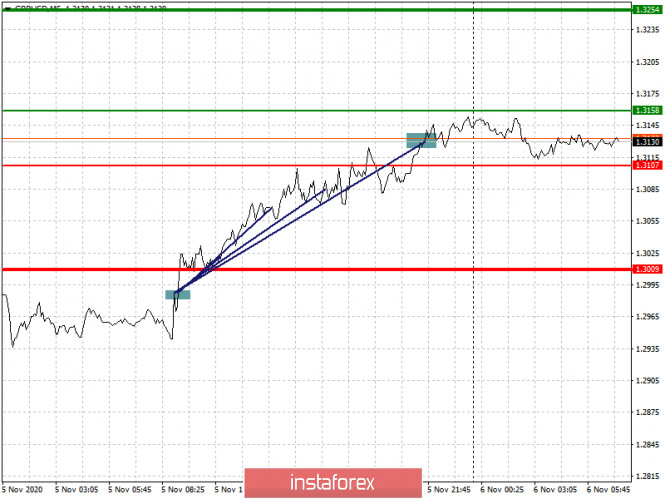 Interesting? Write a comment below.
 #Analysis and trading recommendations for the EUR/USD and GBP/USD pairs on November 6
Forward 
Backward 