Joe Biden's victory in the US elections led to the continued rise of the European currency, and the weak statistics on the eurozone and good statistics on the US labor market did not even limit or halt it, thereby confirming the fact that election results were far more influential in the further direction of the euro and the dollar. Looking at it more closely, long positions from the level of 1.1845 brought about an increase of more than 40 pips, then, after a slight correction, the breakout from 1.1845 led to an immediate recovery in the EUR / USD pair. 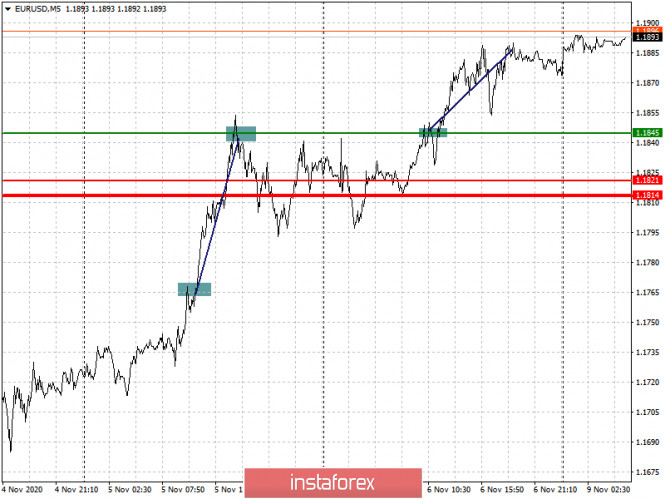 Although Biden won in the US elections, a sharp increase in the European currency was not observed. Perhaps, this is due to the fact that many traders now see fears not in the political ambitions of Biden and the new stimulus package in the US, but in the problems of recovering the GDP of the eurozone and the services sector, especially since the economy could again be seriously affected by the recent new lockdowns. Nonetheless, the bullish momentum still remains, so trades will continue to be with the trend. 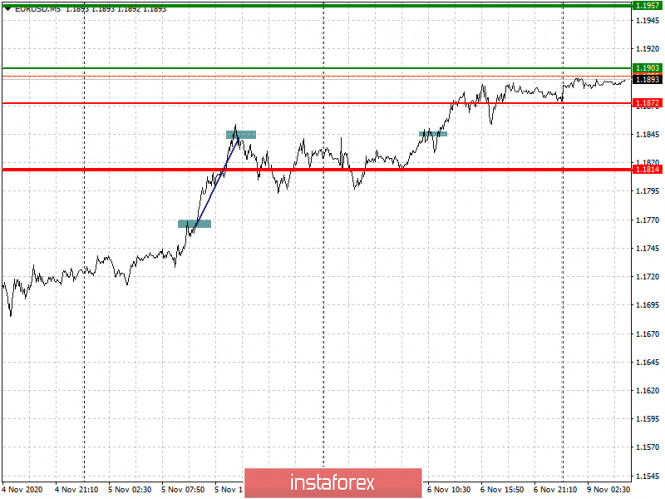 The pound spent the whole day last Friday trading in a sideways channel, failing to move specifically in any direction. Nonetheless, demand for it remains, and in order for it to increase further, a breakout to a new high is needed. 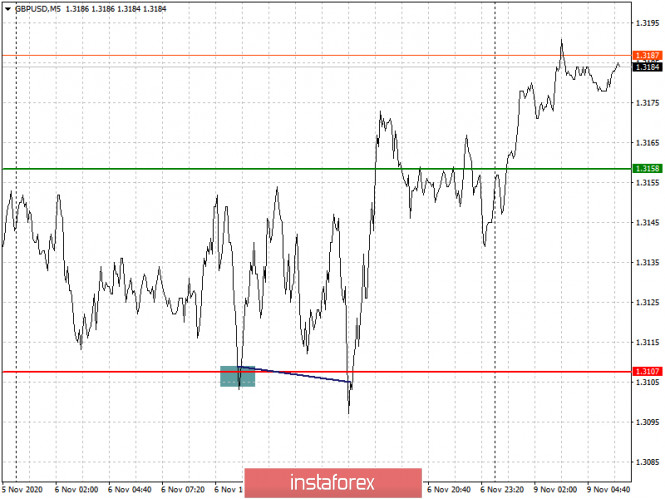 There is a low chance that today's statements from the Bank of England will affect the rate of the British pound, however, if it announces the central bank's serious intention of not resorting to negative interest rates, demand for the currency will certainly grow very sharply. In that case, the best action is to look more closely at long positions. 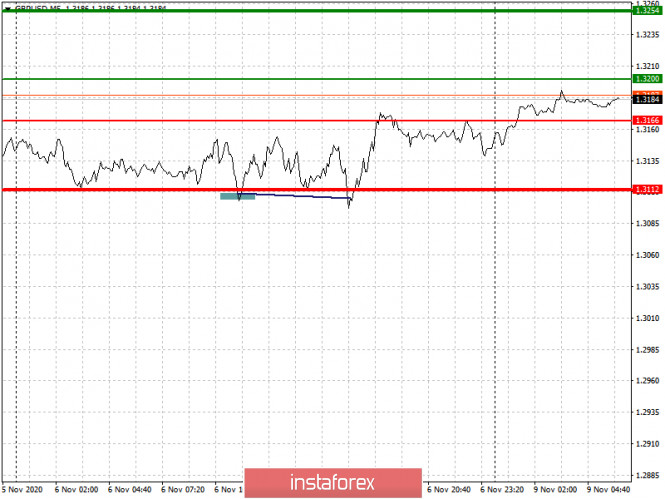 Interesting? Write a comment below.
 #Analysis and trading recommendations for the EUR/USD and GBP/USD pairs on November 9
Forward 
Backward 