The US announced that it successfully completed the third test of its coronavirus vaccine, so as a result, demand for the dollar rose rapidly in the market yesterday. To add to that, tensions over the US election were gradually decreasing, thus, demand for the euro amid expectations of Joe Biden's victory had shrunk as well. Short positions arose at the level of 1.1871, which brought the quote towards the target level of 1.1814. The downward movement to about 60 pips. 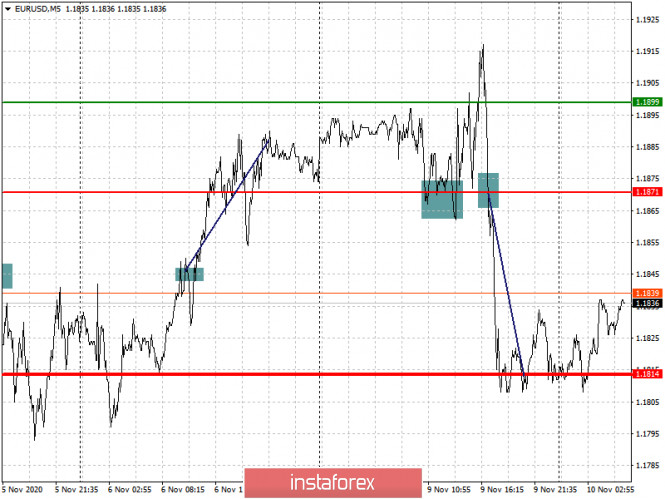 Contrary to what was expected, Joe Biden's victory did not result in a huge advantage for the bulls, and this is mainly due to the fact that many traders now see fears not in the political ambitions of Biden and the new stimulus package in the US, but in the problems of recovering the GDP of the eurozone and the services sector.

At the same time, the news that a vaccine for the coronavirus could be available early next summer raised the position of the dollar, thus, accordingly, the euro's position dropped back down in the market.

The upcoming data on Germany's business sentiment (for November) will also be published today, and if it indicates a serious deterioration in the index, it will be another reason for the decline of the European currency against the US dollar. 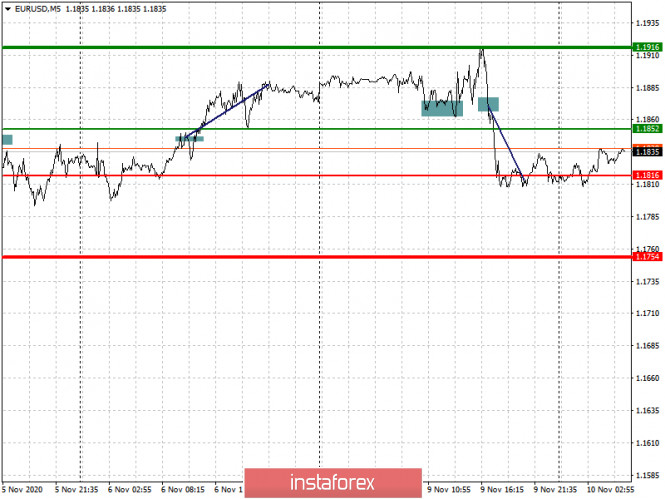 Short positions arose at the level of 1.3166 yesterday. And although the movement down was not that large, the quote almost reached the target level, which is 1.3120. 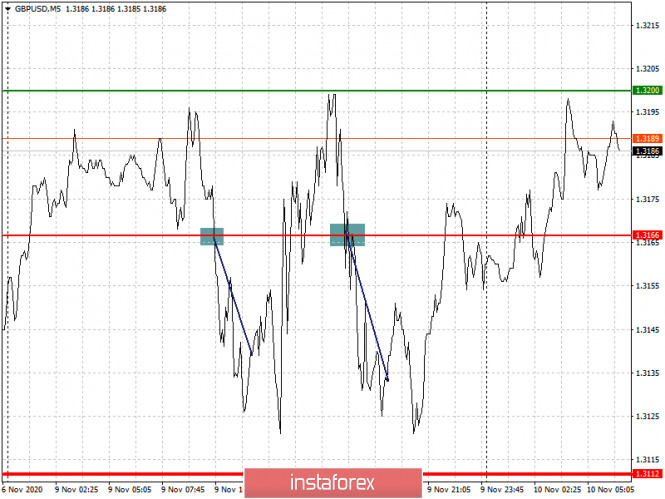 Of great importance today is the upcoming data on the UK labor market, to which economists expect a 4.7% rise in unemployment, which will put pressure in the British pound. A weak labor market is harmful to the entire economy, especially in the face of another lockdown amid a second outbreak of the coronavirus pandemic. 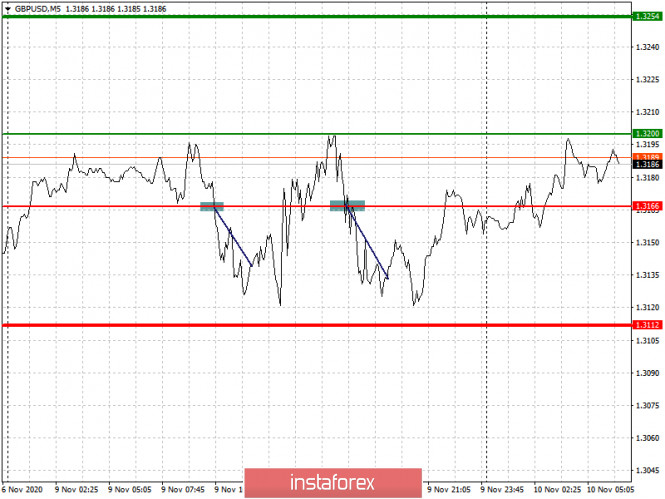 Interesting? Write a comment below.
 #Analysis and trading recommendations for the EUR/USD and GBP/USD pairs on November 10
Forward 
Backward 