Yesterday, the Australian dollar closed the day with a significant decline but the price held above the Kruzenshtern line on the daily scale chart. This morning, there is a second attempt of the price to work out the upper limit of the price channel of the higher scale (0.7328). Fixing above it will allow the price to develop an offensive to the September maximum at 0.7415. 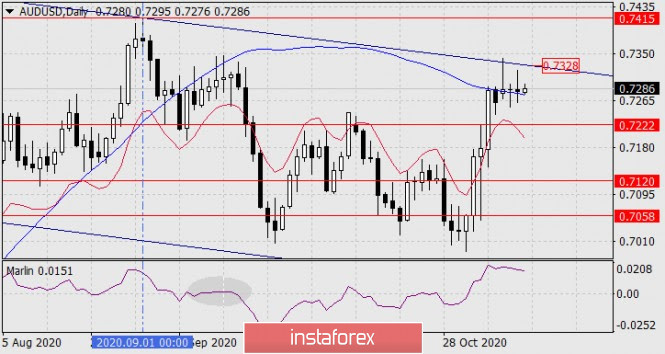 But this plan has a weak point. The signal line of the Marlin oscillator is decreasing. The nature of the decline is similar to the period of September 9-18, when the Marlin moved horizontally (gray oval) and the price slowly moved up. After this, there was a powerful collapse of the market. 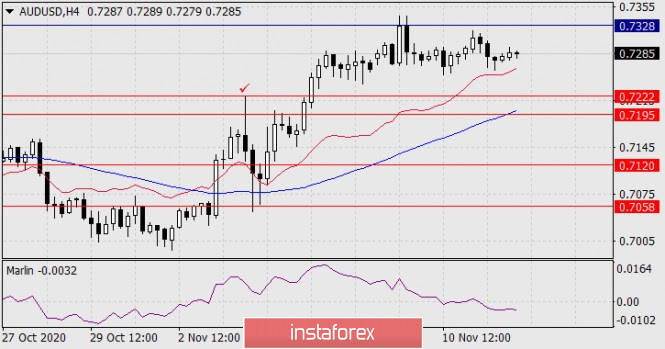 On the four-hour chart, the price continues to hold above the balance and Kruzenshtern indicator lines, which maintains the general growth trend. But the Marlin is already in the negative zone which slightly increases the probability of a price decline in the range of 0.7195-0.7222 determined by the Kruzenshtern line. Moving the price under this range opens the first bearish target of 0.7120.