EURUSD – the path of least resistance

Since the beginning of the trading week, the US Dollar against the Euro has strengthened by 170 points (~1.5%) which is not so much on the scale of the week but here you should look not at the numerical indicator, at the behavior of investors and speculators, which as a result can give an understanding of the upcoming tact in the market.

What was the reversal of the upward movement?

In order to answer this question, we should recall the reason for the weakening of the US Dollar in the period of the past week. As we remember from previous analytical reviews, investors were wary of the United States presidential election, where a sell-off of the US Dollar occurred due to local uncertainty. As soon as it became known that the votes tipped the cup in favor of Joseph Biden, there was a recalculation of risks, which weakened short positions on the Dollar.

The desire of the current President, Donald trump, to interfere in the electoral process in the form of lawsuits has not yielded any results and if we proceed from rumors, Trump has almost lost ground and the White house will soon go to Biden.

"In recent days, Donald Trump does not have a clear strategy. The President was trying to find people who would tell him the good news. During one of the phone conversations, Trump said that he understands that Joe Biden will take office as President on January 20 and discussed his possible participation in the presidential race in 2024," the information was obtained by the Washington Post with reference to the presidential aide.

The second lever for changing the direction was the information about the COVID vaccine, where speculators on premature emotions painted the market green which was the impetus for long positions on the US Dollar.

The news about the vaccine has a positive effect on the economy and markets but here we are talking about the medium/long term-- if the vaccine works. What we saw during the current week is an exceptionally speculative hype from scratch.

The second wave of Coronavirus pandemic was stronger than it was during the winter and spring. Many EU countries have already passed the 1 million infection mark and the trend continues.

The head of the European Central Bank (ECB), Christine Lagarde, said during an online symposium that the news about the development of a vaccine is very good but the economy may face an uneven recovery, as consumers are scared of everything that is happening in the world.

"We are seeing a strong spread of the virus, and this has led to a new dynamic. While the latest news about the vaccine looks encouraging, we may still face repeated cycles of accelerating the spread of the virus and tightening restrictions until widespread immunity is achieved. As for economic recovery, the process may not be linear, but rather unstable, with pauses and dependence on the pace of vaccine deployment. In the meantime, output in the services sector will barely recover fully, " the ECB chief said during an online symposium.

In terms of technical analysis, we can see that in the period from Monday to Wednesday, a consistent decline was recorded, which led to the weakening of the Euro to the level of 1.1745. The resistance level was 1.1920, which is located in the same system with the area of interaction of trade forces 1.1900/1.1920, from fluctuations in the period 31.07-10.09.2020.

In simple words, the 1.1900/1.1920 area could play the role of a natural basis due to its history, which would also benefit short positions on the Euro.

As for the market dynamics for November 11, there is an acceleration of 9.6% relative to the average level. The activity of the day was 87 points, but the main volume fell on short positions in the period 09: 00-16: 30* (time on the trading terminal).

Looking at the trading chart in general terms (daily period), you can see the outlines of not just a corrective move relative to the upward tact of the past week but a full-fledged downward move which will subsequently lead to the restoration of Dollar positions. It is worth noting that from August to the current month, the Euro/Dollar currency pair has a medium-term side channel, where the recent peak of 1.1920 can be interpreted as touching the upper border. 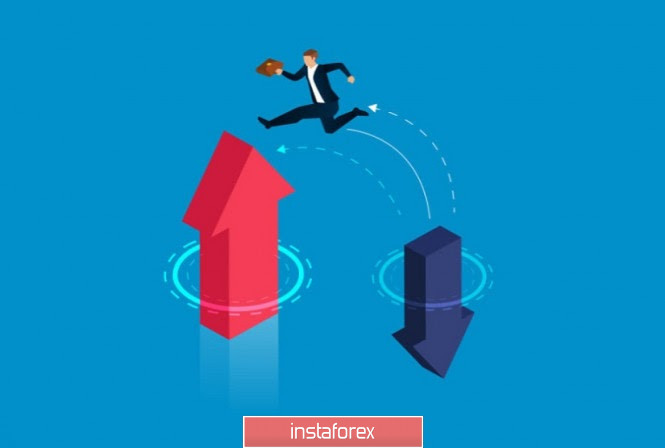 Today, in terms of the economic calendar, we have data on the volume of industrial production in Europe, where instead of slowing down the rate of decline, they record an acceleration from -6.7% to -6.8%. The situation is corrected by the fact that the previous indicator was revised for the better -7.2% to -6.8%.

During the US session, perhaps the most important indicator was inflation. So the consumer price index showed a slowdown from 1.4% to 1.2%. This is the first decline in inflation in four months of growth.

The divergence of expectations can have a negative play on the Dollar, but a local consideration.

Along with inflation, data on applications for unemployment benefits in the United States were published. They recorded another reduction in their volume.

Data on the US labor market came out better than expected but it is quite problematic to compensate for inflation.

Analyzing the current trading chart, you can see a pullback relative to the minimum of 1.1745, where an acceleration occurred during the European session which led to a return of the quote to the area of the level of 1.1810.

In order to resume the downward interest, the quote needs to stay below the level of 1.1810, which will give confidence to sellers. The main volume of short positions will appear after passing the local minimum of the previous day which was 1.1745.

An alternative scenario will be considered by market participants if the quote is held higher than 1.1850 which will jeopardize the downward development of November 9. 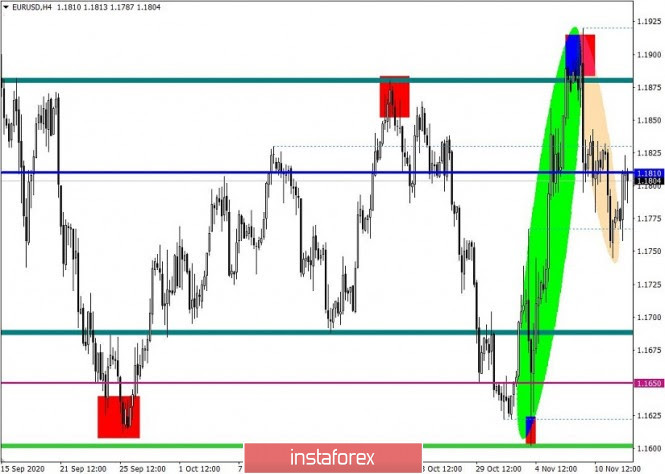 Analyzing a different sector of timeframes (TF), it is clear that the indicators of technical instruments on the minute and hour intervals occupy a downward position, signaling a sale due to the correction move from November 9 as well as fixing the price below the level of 1.1810. The daily period is still on the wave of upward inertia of the past week but there are signs of a change in interest. 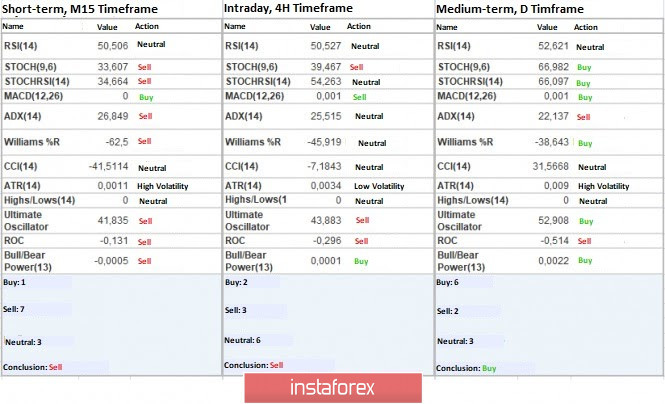 The volatility for the week / Measurement of volatility: Month, Quarter, and Year

The Dynamics of the current time is 65 points, which is even lower than the average level by 18%. It can be assumed that the growth of activity may still occur due to the high coefficient of speculative operations in the market. 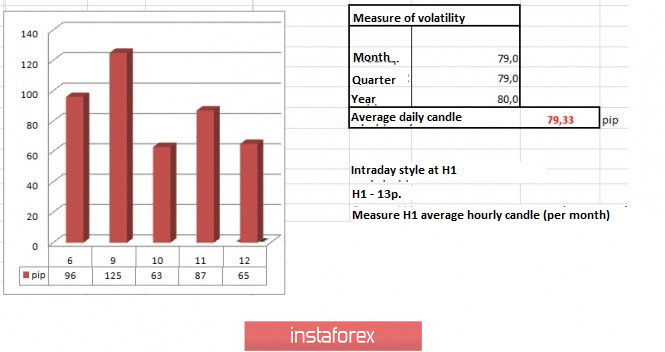