The European currency paired with the dollar held back the blow. Despite yesterday's onslaught from the EUR/USD bears, the pair held within the 17th figure and it almost completely regained the lost points today. The general conclusions from the current situation has a suggestion of: first, the dollar's position in the foreign exchange market looks quite shaky. The second conclusion is the opposite: it is too early to write off the Euro despite the second wave of the pandemic, lockdowns in European countries and the ECB's dovish comments. Figuratively speaking, the trading game in the EUR/USD pair follows the principle of "weak against weaker". And the role of the "weakest" does not always go to the single currency.

For example, today the dollar loosened its grip on the entire market even though the greenback dominated almost all currency pairs throughout the current week. The US currency has lost its appeal for two main reasons. 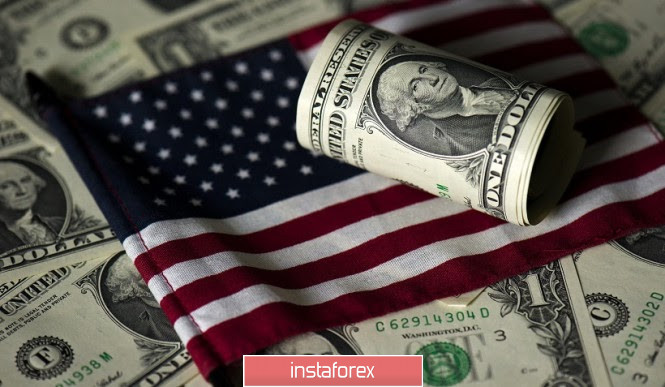 First of all, the market has come to the conclusion that the initial optimism about success in developing a coronavirus vaccine is premature and exaggerated. Pfizer pharmacologists say they are in the final stages of testing a drug that provides 90 percent protection against COVID-19. But this is just one side of the coin, thanks to which the dollar has grown. The other side of the coin that is necessary to store and transport the vaccine at ultra-low temperatures (-70 C and below). At the same time, you can take it out of a special container for a short time no more than four times. Secondly, to achieve the desired effect, it is necessary to inject two doses of the drug and with a time interval. Third, according to the calculations of the world health organization, 70% of the world's population needs to be vaccinated in order to stop and eliminate the pandemic. Given the strict requirements for storage (and, consequently, transportation) of the drug, it will be very, very difficult to fulfill this condition. According to some estimates, this will take from 2 to 4 years (the minimum plan for the next year is to vaccinate 20% of the population).

The second factor of pressure on the dollar was today's release of data on the growth of US inflation. The General consumer price index on a monthly basis in October slowed to zero, while according to experts, the indicator was expected to fall to 0.1% (in September, it came out at 0.2%). In annual terms, the indicator also came out in the "red zone", slowing to 1.2% with a forecast of 1.3%. As for the core inflation index which does not take into account volatile food and energy prices, the situation is similar. On a monthly basis, the indicator fell to zero (with the forecast of a decline to 0.2%); on an annual basis, it decreased to 1.6% (against the forecast of growth to 1.8%). 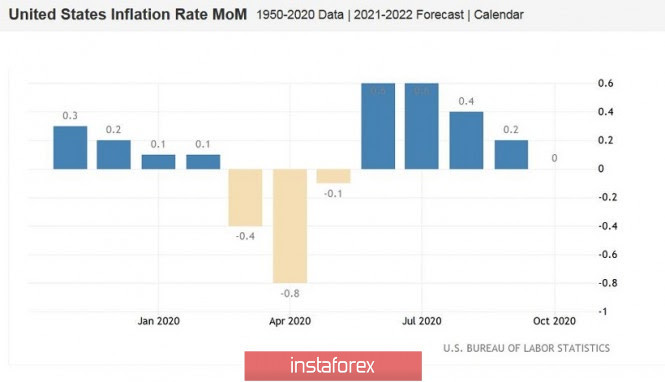 In other words, inflation is gradually but still slowing down and this process is already quite persistent. It is worth recalling that the head of the Federal Reserve Jerome Powell at the end of the summer announced a review of the Fed's strategy. The Central Bank has pledged to tolerate inflation above the two percent target without raising the interest rate. But judging by today's figures, we still need to reach the target level, and this path will not be easy. If inflation continues to show negative dynamics, the pressure on the greenback will increase, since the fate of the interest rate depends on the inflationary dynamics in the future.

The above fundamental factors allowed EUR/USD buyers to seize the initiative and return to the area of the 18th figure. At the moment, the pair is testing the resistance level of 1.1810, which corresponds to the upper limit of the Kumo cloud on the daily chart. If buyers can gain a foothold above this target, then we can consider long positions to the next resistance level of 1.1900 (the upper line of the BB indicator on the same timeframe). At the moment, this is the main price barrier, which is still "too tough" for EUR/USD buyers.